Abboud takes seat on board of trustees for district-6 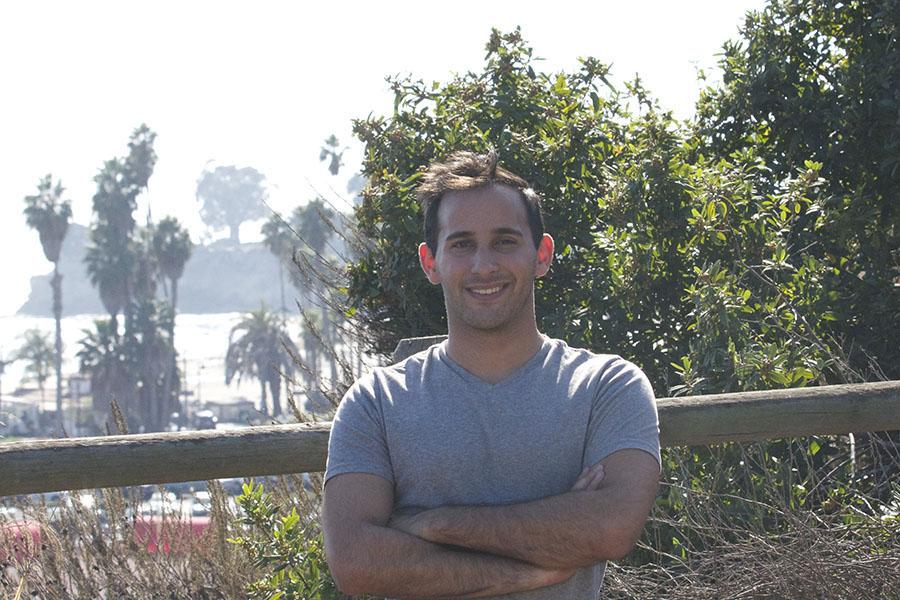 Jonathan Abboud, a 22-year-old UCSB graduate and Isla Vista resident, has become the youngest member on the District 6 Board of Trustees. Wednesday, Oct. 8, in the Lifescape Garden at City College, Abboud is very supportive of self-governance in Isla Vista, and feels he will be beneficial to the Board by bringing a perspective closer to that of the students.

The election started as a close race but ended with Jonathan Abboud ultimately taking the District-6 seat on the City College Board of Trustees on Election Day.

Abboud won the race with 60.88 percent of the 3,333 total votes cast and will take his position come January 1 as the Disctrict-6 representative on the Board of Trustees.

Early on, the race had opponent Ethan Stone in the lead with over 50 percent of the vote but shifted as precincts began reporting numbers.

Despite these early results Abboud stated that he felt great about the turnout and that he was never worried about the race.

“I was very confident,” said Abboud.

Abboud said that housing is his biggest priority and stated that he hopes to see City College take part in the conversation.

The young trustee expressed his passion for higher education and has been heavily involved in education politics as a former Associated Student President at UCSB and previously taught a class on the history of the educational master plan.

Board of trustee members represent all people within the City College District from Carpentaria to Goleta in determining board policies and decision-making which govern the total operations of City College and its Districts.

The 22-year-old resides in his district of Isla Vista and is a recent UCSB graduate and community organizer working on propagating self-governance in his district.

Ethan Stone, 57, Abboud’s opponent for the position, ran on the foundation of his financial expertise and familiarity with board politics.

While commenting on the results, Stone said that he believes his opponent Abboud will do a good job.

“This is the way it goes, and I’m wishing the board best of luck,” Stone said.

Abboud ran for the position on the basis of his youth and deep seeded roots in his home district. He will take over the position from current trustee Lisa Macker whom is ending her four-year-term in December.

The Board currently has a Student Trustee, however Abboud will become the youngest member to serve. He believes that his age will help him connect with students and enhance their voice to the Board alongside the Student Trustee.

Abboud was endorsed by the Democratic Party and has been working alongside them on motivating Isla Vista voter registration.

Stone mentioned that he didn’t campaign and could never compete with the Isla Vista voters who were more familiar with his opponent.

The Board of Trustees meets on the fourth Thursday of every month on City College campus. All meetings are open to the public.