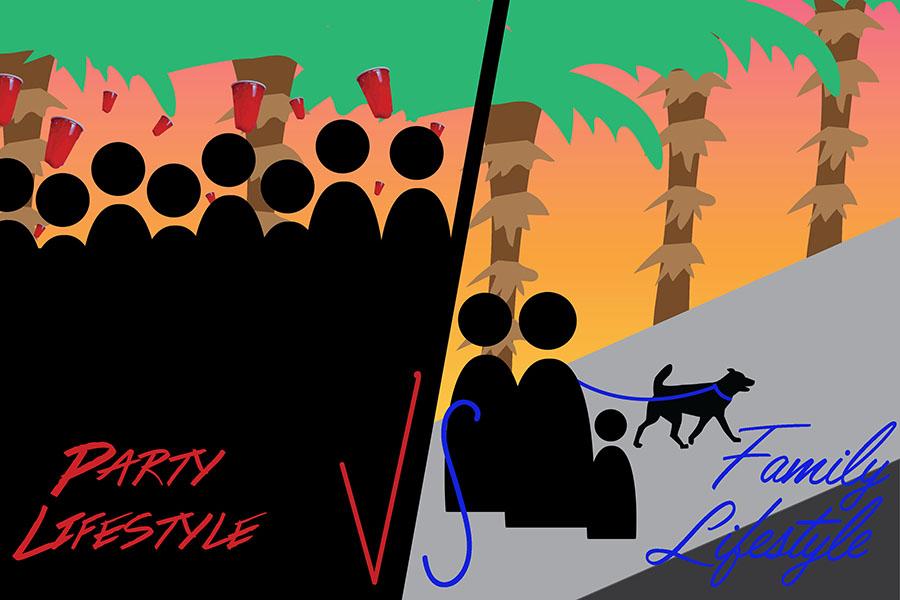 With housing and student life becoming such a major problem in Santa Barbara, City College has teamed up with the community to create a Neighborhood Task Force in order to find solutions for both students and homeowners.

The task force is made up of City College faculty and students, homeowners, and landlords and works in conjunction with the City of Santa Barbara and the Police Department. It is being chaired by former Santa Barbara mayor Marty Blum and is being facilitated by Daniel Iacofano, one of the founders of Moore Iacofano Goltsman, a consulting firm based out of Berkeley.

“The college is now very concerned…about the relations between college students and their neighbors,” said Iacofano.

According to City College, the goal of the task force is to “identify and institute long-term and sustainable strategies and solutions to stem the rise in inappropriate student behaviors and promote civility, neighborhood well-being, community responsibility, and good citizenship.”

“Anywhere there is a university or college campus there is the conflict,” Iacofano said. “We’re here to try to find out how to address some of these issues.”

Late parties, alcohol, and drugs have become a major problem to the communities surrounding the college, with local residents and homeowners becoming increasingly frustrated with the cultural shift happening around City College. Over a year ago local residents from the neighborhoods approached Superintendent President Dr. Lori Gaskin with their concerns, prompting the creation of the task force.

Iacofano and Co-Chair Marianne Kugler came to the Student Senate meeting Friday morning to get the student government’s take on the issue.

“There needs to be a change in the housing culture,” said student senator Anastasia Sukhorebraya.

The housing problem isn’t new to City College administration. Last year the college attempted to buy the Harbor Heights Manor complex down the street from the campus. The college eventually ended up being outbid, and lost out on the chance to provide housing to its students.

Without being able to own and operate the building, it is difficult for the college to do much about the party culture around the area.

Because of the high turnover and problems with the party culture deposits for renting have become higher and higher which has made finding housing difficult for students without financial help. Some landlords now require renters to put down a deposit before applying for the space.

But the deposits aren’t the only things making the process difficult.

Landlords have become more and more picky about who they want to rent to, and with such a high demand for housing, they are able to pick and choose which usually leaves less affluent students out of luck.

“From a student perspective it is difficult to find housing,” said Iacofano.

Because students come and go so often, the sense of community in the area seems to be lacking. Student Vice President Colette Brown’s neighborhood has come together to try and create that sense of community with each other. The community blocks off the street and has a block party inviting everyone to bring food and giving the neighbors a chance to get to know each other better.

“Since we started having these block parties everyone just gets along better,” explained Brown.

That is the overwhelming sentiment of the Student Senate. If neighborhoods are able to create a sense of community and camaraderie, it will help ease some of the tension between students and neighbors.

The task force is still in the early stages of gathering information and ideas from the community. They will continue to until January next year, when they will decide which ideas and projects they think will be effective and put out a document for the city.