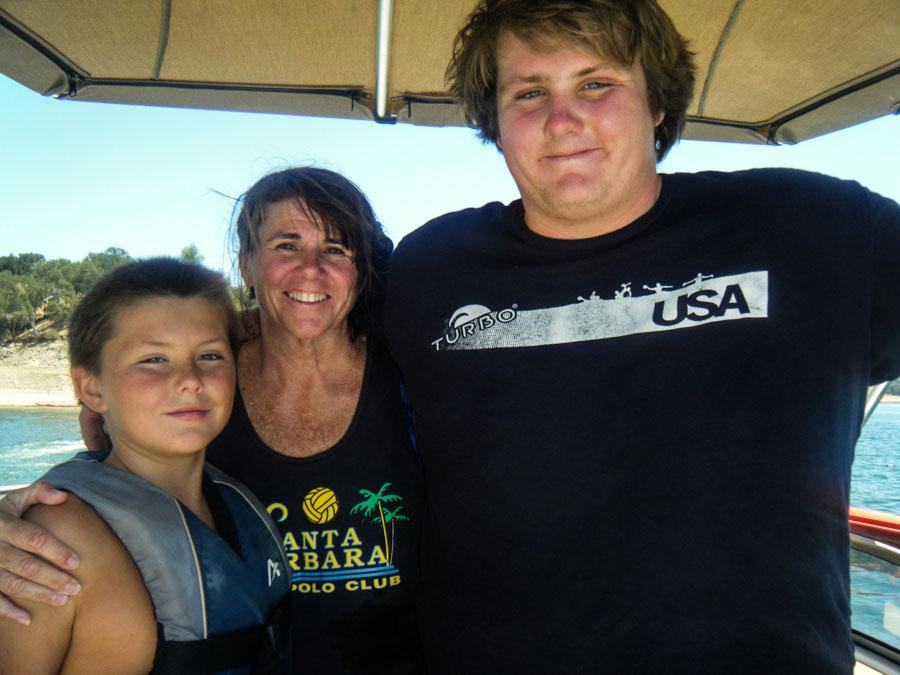 Over the course of one month, 17-year-old Sam Osterhage suffered a stroke, lost his vision and gained 50 pounds.

Growing up, the Santa Barbara native was always active. He played water polo for Dos Pueblos High School and was an avid member of Rockshop Academy. Nobody could have predicted how drastically his life would change.

“It is so easy to smile when you are so happy to be alive,” Sam said via Team Samo’s Facebook page.

“He was getting sick all the time and I couldn’t figure out why,” Judy said.

Countless visits to the pediatrician’s office yielded unsatisfactory results. In the upcoming months Sam visited a nutritionist, allergist and dermatologist, yet no one could provide an answer.

One night, Judy brought Sam to the Emergency Room because he was having difficulty breathing. Technicians took x-rays of Sam’s lungs, where they found an abundance of water. They diagnosed Sam with pneumonia and prescribed him antibiotics.

“Their diagnosis was so vague and I had a strange feeling that I should call the doctor’s office to follow up,” Judy said.

On March 6, Judy phoned the office and asked that a radiologist take another look at Sam’s x-rays. Shortly after, a doctor returned Judy’s call and told her that Sam needed to be at the ER as soon as possible.

Forty minutes later, Sam and Judy arrived at the ER not knowing it would be the last time Sam would be home for a month.

He was admitted to the Santa Barbara Cottage Hospital Intensive Care Unit where doctors informed him that they could not provide the level of care that Sam needed. It was not long before a helicopter arrived to transport Sam and Judy to the UCLA Medical Center.

Shortly after landing at UCLA, they started getting answers. Several tests were administered and they discovered that an unknown virus had attacked Sam’s heart.

The virus damaged his heart so severely that the left ventricle was unable to function correctly. His body was retaining water instead of pushing it through the liver and flushing it out of his body.

This retention led to Sam’s rapid weight gain and fatigue. His body tissues became so saturated that they could not hold any more water. His lungs then began to swell, making his heart work even harder.

Five days passed at UCLA, and doctors tried to wane Sam off of his heart medication. They moved too rapidly and Sam suffered a stroke leaving him blind in both eyes. Since then, he regained a small amount of sight in his left eye. His right eye, however, is still completely impaired due to a blood clot in his carotid artery.

Sam grew sick of lying in a hospital bed with IVs protruding from his neck and arms, so he set a goal for himself. He was determined to be home by April 5 to attend Rockshop’s benefit concert in his honor.

His dream became a reality and the Osterhage family made their way back to Santa Barbara on April 5. They still make the trek to UCLA two to three times a week.

“Right now we’re just working toward getting him healthy enough to where he can be a candidate for a heart transplant,” Judy said.

Sam takes up to 30 pills a day in order to keep his heart functioning normally. Every morning, a nurse visits their home to conduct blood work to determine his pill count for that day. He has also been forced to limit his diet to low-sodium and low-carb foods, with a severe water restriction.

The Santa Barbara community has surrounded the Osterhage family with endless amounts of love and support.

“Everybody has astounded us with their support, but I couldn’t do any of this without Sam’s amazing attitude,” Judy said.

Donations can be made to the Osterhage family via PayPal or at any Chase Bank branch. Visit Facebook page Team Samo for more information.