Adderall may be an upper, but ADHD sure is a real downer 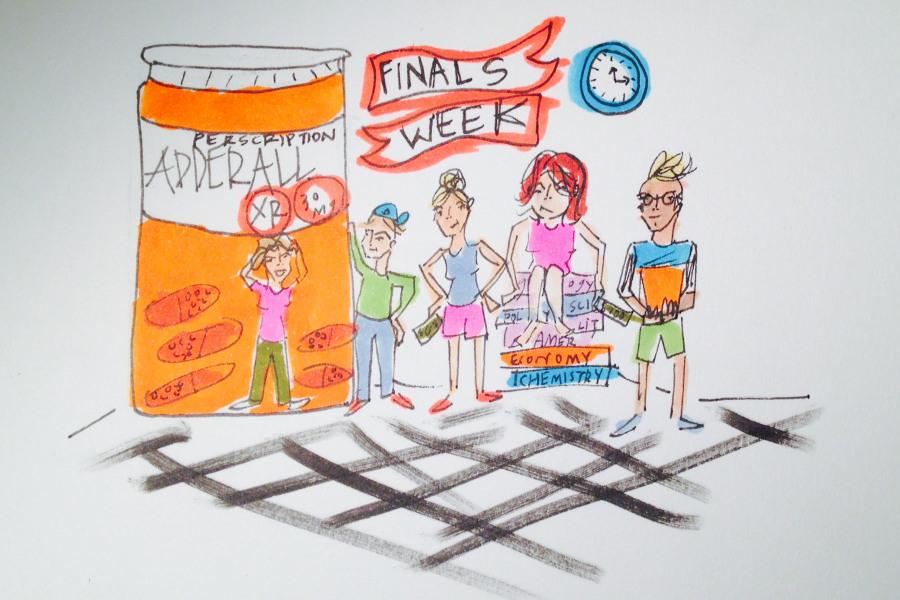 Scanning the doctors office I can see their stares and pick up on the silence. I was seven-years-old when diagnosed with Attention Deficit Hyperactive Disorder — better known as A.D.H.D.

It was probably no surprise to my parents that their only child was diagnosed with this disease. I was quite a hyper child.

In a United States study done by the Centers for Disease Control and Prevention state, “Approximately 11 percent of children 4-17 years of age (6.4 million) have been diagnosed with ADHD as of 2011.” This is a 1.5 percent increase from the previous study that was done in 2007.

School not only is a struggle already, but it is a constant brawl everyday with my brain to keep focused for more than five minute. As a result of this I have been prescribed Adderall, just like thousands of other students. It may come as a shock to most college students but most who are prescribed it, despise having to take it.

There is a high demand for Adderall amongst college students, which not only angers me, but makes me wish they really knew what it felt like to be diagnosed with something that requires an actual prescription.

When living with A.D.H.D, there are those who grow to somewhat enjoy it. It’s like a superpower in a way. Noticing things “normal” people wouldn’t, or having lasting energy even without a shot of espresso. There are indeed perks but the negatives outweigh the positives more than any person without a diagnosis would understand.

According to the Food and Drug Administration, Adderall, in small doses can “banish tiredness and make the user feel alert and refreshed.” On the contrary, when I take my prescription it makes me feel like a zombie, without an appetite for human flesh.

Along with the absence of my appetite, it seems like I have no train of thought as it shuts my body down, making it hard to be myself.

Many people think it is a huge advantage being able to have a refill of Adderall whenever it’s necessary — seeing as I am a college student. With numerous people asking to sell them my prescription, the proposition is disgusting.

It is understandable that people need to stay up all night cramming for tests with long lasting focus, but if that’s necessary, please consider taking ‘5 Hour Energy’ instead of someone’s prescription drugs.

I honestly wish that Adderall worked with my body like it works with others, but it doesn’t, and I may have a different view on people asking for it if it did.

Every person with A.D.H.D reacts to his or her prescription differently and there is not only Adderall that can help.

Trust me, you don’t absolutely need that Adderall to focus and get stuff done — because you are indeed capable of doing it, without “added help.” It is rather frustrating having to hear people say, “I’m going to need that Adderall tonight,” it is not only ignorant but in fact desperate. I’m jealous of the students able to have the brain power to sit through a 50 minute class without focusing on the person tapping their pen the whole damn time.

Though I can’t speak for the whole A.D.H.D nation, I can speak up for a select few by saying, save the Adderall for people who actually need it for everyday life, and who it is prescribed to. It’s not as much of a blessing as you think it is.