She picked Goleta on a map—and the rest is history 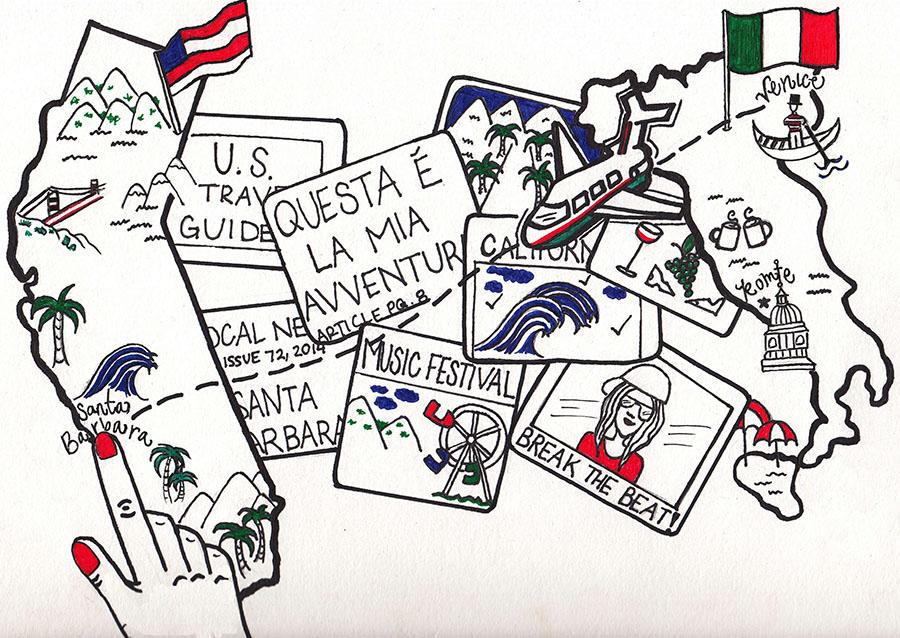 Three years have already passed from the day a map of the United States thundered my life down, changing its course forever. 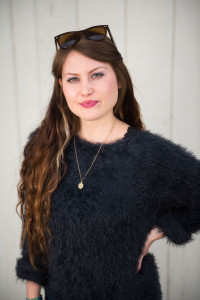 When I was an 18 year-old kid, I used to be the most annoying troublemaker you could ever find in Treviso, my hometown right next to Venice, Italy. On a cold afternoon in February, after causing trouble for the umpteenth time and being suspended from school, I remember my mother approaching me in the living room and saying, “Giulia, have you ever considered the idea to go and study in America?”

The question surely caught me by surprise, but it didn’t have too much of an impact on me. I didn’t even have the time to consider the seriousness behind that question mark. I was too busy trying to seek an out from my never-ending troubles and the high school graduation finals, which would establish my future academic career, were dooming me on the loom. Most of all, I didn’t speak a wink of English.

Besides, the idea to take off for the unknown just didn’t set well with what my reality was at that time, and for God sake, America was on the other side of the planet!

However, that question switched a light on and triggered something inside me.

I didn’t know anybody who lived in America and I didn’t speak the language, but I started rambling on what that unknown continent could have offered to a messy girl like me.

One night, after a long and insightful conversation with my dad, I secluded myself in our study, pondering over some American maps. At one point, I closed my eyes, more for fun than seriousness, and randomly pointed my finger on some map. As I opened them, my finger was resting on a town called Goleta, an unknown town, “probably forgotten by God,” I thought to myself.

Whether it be because I am an irresponsible human being who acts before even thinking, or because I was born with “my brain turned the other way around,” as my mum always says, or because I like adventures, I packed my luggage.

“And Goleta be it,” I told myself.

As months passed by, my parents helped me find out about some language school around the area of another unknown citadel, Santa Barbara, or “Santa Bruta,” as I dubbed it in my imaginary. Where I come from, either you’re from Los Angeles, or you’re nobody pretty much.

I soon got myself an Atlantic ticket and my greatest adventure was about to begin.

More than three years have passed since that night and I am still living in Santa Barbara. I attend City College and the idea to go back to my country doesn’t nearly even take form in my faintest dreams.

I initially moved to Goleta and I moved five times around SB since then. I have made close friends with people of every possible nationality of the world, from Alaska to Kazakhstan, from Serbia to South Africa.

When I first moved here, I remember how everybody back in Italy seemed to already know I wasn’t going to return any time soon.

But I indeed wanted to go back; from day one I wanted to go the hell home. There was no way I could manage to integrate myself with this new way of living. I couldn’t comprehend what the hell people were saying to me and the food sucked.

However, as some more time flew by, I noticed I was becoming more tolerant to novelty. I gradually learned to accept what was different from me, without a shade of judgment. I slowly started absorbing, consciously and unconsciously, the small things I enjoyed about the other cultures and made them mine.

Now I smile when people call me “Italian.” I was born in Italy and I still waggle my impenetrable Italian accent around, but I am not Italian anymore.

I’m making my own culture, a mixture of others.

Also because the place I come from doesn’t really exist anymore.

I noticed that something keeps changing each time I make my return to Italy, but when I try to bring this up to the people who permanently reside there, they do not understand. They say I am the one who is changing. Perhaps it is true, but then the fact that nothing is really changing, it would be even more disturbing to me, because unchangeableness is an unnatural concept.

Travelling taught me firsthand how everything transforms and enabled me to perceive the morphing of the nuances around me, it changed me.

I always recognize other travelers when I run into them, because there is something wild in their eyes, and it’s something alive.

When my father said goodbye to me, he whispered “never fear” in my ear. Now I know all the battles and the tears that whispered entails. But those two words became the keys of my life.

Nothing scares me anymore, I am a traveller and I am free.