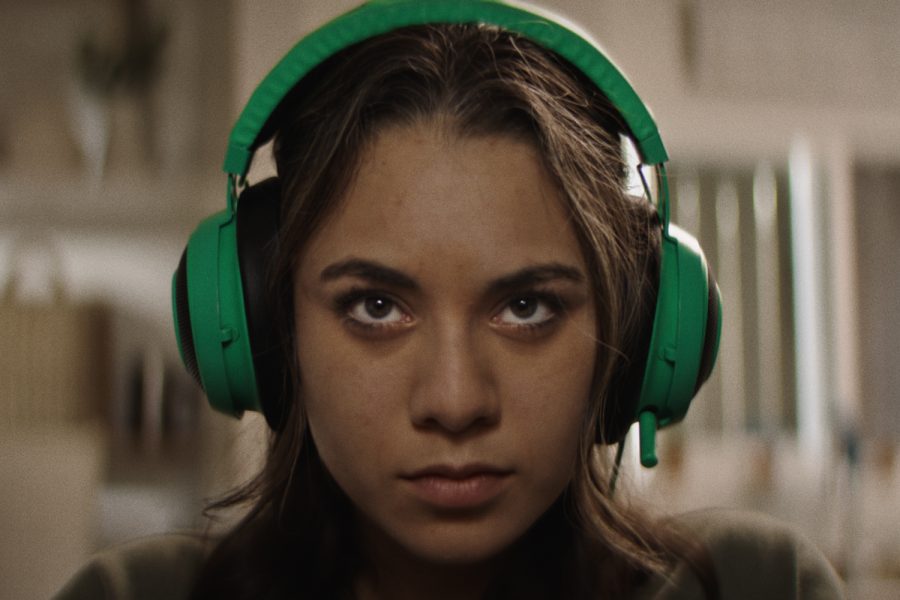 Still of Asiana Weddington from the short film “Game Face.” Weddington plays the main character, “Sarah,” who undergoes a sports related injury and finds a new way to compete in e-sports. Photo courtesy of Mark Stockhoff.

Aspiring film students often decide to study at City College because of the amazing opportunities that are available.

City College students Asiana Weddington and Raymond Shay and City College alumni Justin Usami were recently involved with the short “Game Face.” They were then approached by Producer Mark Stockhoff to make the short into a feature-length film.

Though nothing is set in stone, Stockhoff plans to take the film to far heights.

With its unique storyline, the producer is in the process of obtaining funds to turn this 13-minute short into a full-length feature film. The student film follows female MMA fighter, Sara Vance, as she enters an esports video game competition to cure her boredom during her recovery after suffering an injury.

The producer wanted to originally obtain the funds from a Kickstarter but thinks the process will be quicker to pitch the film to executive producers who have the funds for production.

“It needs to be bigger… way bigger,” Stockhoff said.

He plans to have the story go into depth about Sara Vance’s mother who is dying, which will lead to a great arc about Sara fighting for her mother.

“We just have to finish the script, we’re at 112 pages, it will be done by Jan. 1,” Stockhoff said. “Then I’ll start pitching it to executive producers.”

As soon as he graduated from high school, Stockhoff first began working on video game trailers with a friend. Since then he has gone on to produce viral trailers for video games such as “PubG Mobile,” “Skyrim” and “League of Legends.”

The successful producer wanted to combine esports and film, creating the “first sports film based on esports,” according to Stockhoff.

Originally, a male played the lead role. But when issues occurred the role was changed to empower women.

“[Stockhoff] called me in a frenzy, the lead actor had just dropped out and he needed a replacement, he asked if I had acting experience and I’ve only had a little,” Weddington said. “He thought it’d be cool if a girl played the lead role.”

The film student spends most of her time behind the camera, so being the main actor on a set was a new experience.

“It’s a totally different mindset, I found it quite easy to get distracted by what the crew was doing because I’m familiar with that environment, though I had a lot more comfort on set because of that,” Weddington said. “It was a great opportunity, I’ve been wanting to get back into acting.”

“I wanted to mentor him, Justin is an all-star, I know he is going far in life,” Stockhoff said about the now-UCSB student.

Though Usami currently studies film at university, he is thankful for his time at City College.

“I feel spoiled. The film program I’m in now feels like a disappointment, but I don’t think it would feel like that if I didn’t do the film program,” he said, “City College is very hands-on, I really liked that.”

Weddington, Usami and Shay don’t know quite yet if they will be involved with the feature version of the film, but it would be their first time working on a feature film.

“It would be an interesting challenge… for me it would be pretty significant, to be in an acting role,” Weddington said. “It would send me down a different path for sure.”

Once the script is completed and funds are available, the crew will begin production immediately.

The short film is available to watch on YouTube.