Student rises from foster care and adversity to statewide recognition 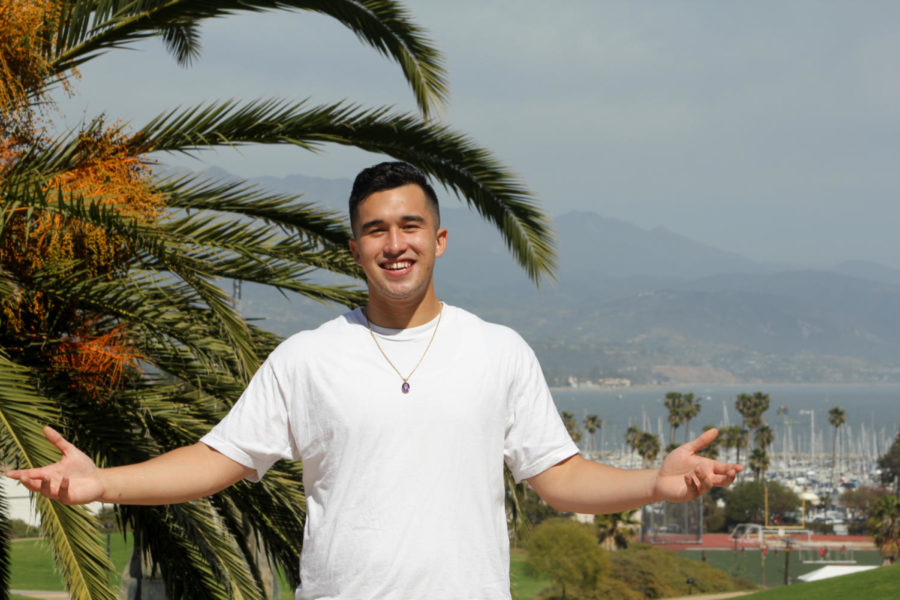 Ezekiel Contreras-Forrest struggled for stability growing up, never really feeling like he had a home.

He bounced from place to place, between friends and family members and foster care, but he could never find the consistency he wanted.

In just a few years at City College, Contreras-Forest has become a success story unique to the community college system—a kid from a tough background who overcame his struggles and seized the opportunity to pursue his goals in higher education.

“I don’t take anything for granted,” Contreras-Forrest said. “I’m blessed beyond measure.”

Contreras-Forrest has a 4.0 GPA, has been on the President’s Honor Roll every semester, is a part of the Phi Theta Kappa Honor Society and will be graduating and speaking in May at the Virtual Commencement.

He founded the Filipino Cultural Club, worked as a student ambassador, served as a peer mentor for EOPS and Guardian Scholars and as Vice President of Operations and Finance for the Associated Student Government.

He has worked in Enrollment Services for two years, and most recently he was awarded the California Community College Board of Governors Student Leadership Award by the chancellor’s office.

But as busy as he is, and as much as he’s been able to accomplish in his time at City College, he doesn’t take all the credit for himself.
“It’s really a community effort,” Contreras-Forrest said. “I wanna thank everybody for giving me the space to lead here.”
Those who have worked alongside him for years describe Contreras-Forrest as selfless, always quick to share the credit with others and reluctant to claim any glory for himself.

Student Success Coordinator Kristy Renteria gave Contreras-Forrest his first job at City College, working the front desk at the Welcome Center. She said he is a model employee and student, always making people on campus feel important and heard.

“Ezekiel is the most humble and gracious person I’ve ever met, always giving praise to others,” Renteria said. “He has been this way since day one and everyday since I’ve been fortunate to know him.”

His success is punctuated even more by what he’s been able to accomplish despite the obstacles in his way.

“He has overcome so many challenges in his life, but chooses to see the good in every situation,” Renteria said.

A former foster youth, Contreras-Forrest fought an uphill battle most of his teenage years. Living in the Mission district of San Francisco, he said he lost many friends to violence and crime, and school was not a top priority.

He slept where he could, couch-surfing and splitting time at multiple jobs, even sleeping nights at the California Academy of Sciences museum where he worked as security.

Contreras-Forrest hoped to play basketball in college, but after finding out a scholarship offer didn’t cover room and board, he was forced to find another option.

“I just kind of took a shot in the dark,” he said.

He enrolled at City College two weeks before the start of the fall semester in 2018, after having been to Santa Barbara only once before.

He said it was the sunshine and the beautiful views that drew him to the city—along with the chance to pursue what he always wanted.
“It was a chance to redo everything I wanted to in high school,” he said.
He arrived in town with all of his belongings stuffed into a truck, and only enough money to pay the first month’s rent in a house he’d only end up living in for a month.

“I was homeless the second and third month here, sleeping where I could, taking showers in the gym,” he said.

But these early struggles in Santa Barbara didn’t faze him, and soon the small seaside city became his home.

“I realized the opportunity in front of me, in a beautiful place like this,” he said.

He found his footing, and a community here at City College, and is vocal about his gratitude towards every member of the campus community.

“I can’t even thank people enough, I just hope they know how much it means,” he said.

Contreras-Forrest dreams big. He hopes to have an effect on those who struggle most, both on a local level and internationally. He wants to start a nonprofit, become involved in community organizing and eventually international relations, as a U.S. ambassador—specifically in Southeast Asia, where his family is originally from.

“It’s only right to pay it forward,” he said. “I want to create a pipeline for the youth, and for the underserved populations.”