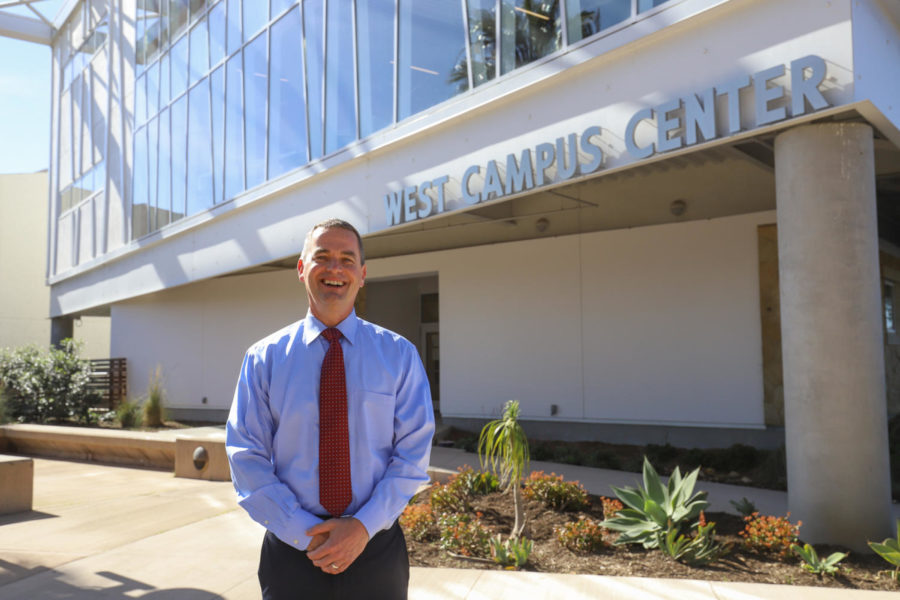 Justice Studies Professor David Saunders stands outside the West Campus Center where he teaches when in-person classes are in session. Saunders was a police officer for eight years and takes insight from all perspectives when it comes to improving the police response to mental health crisis calls.

The Santa Barbara Police Department has installed a new system where social workers can be deployed to assist officers in handling conflicts.

Outrage and debate about the responsibility of law enforcement boomed last year following the death of George Floyd.

Some called for police to be defunded while others voiced the need for a shift in power.

Public Information Officer Anthony Wagner said that the Santa Barbara Police Department is in support of the evolving methods of policing, and already has a system in place that allows mental-health professionals to work alongside police officers.

“I see this cross-collaboration continuing,” Wagner said. “Many officers are very happy to have an expert in place.”

Wagner said the system consists of a crisis-intervention officer co-responding to calls with a social worker who is on loan from the county.

But this may not be the total solution to handling these cases and improving the quality of the police force.

“When I was on the force, I wasn’t prepared to work with the mentally ill,” Saunders said.

Over his eight years as a sheriff deputy he lacked the training to appropriately handle mental health crises.

He said that mandatory crisis intervention training for all patrol officers is a good step towards improvement.

“There is a huge disparity in the level of professionalism and the level of training in law enforcement across the country,” he said, “which is why making this course mandatory is so important.”

Saunders also said that there can be huge danger in sending unarmed social workers into situations unaccompanied by an officer.

“As a patrol officer I learned that working with people struggling from mental illness can be very dangerous if they have been prone to violence, are off their meds or are using unprescribed drugs,” he said.

If the department of heath could set up a hotline and work with the community to create portfolios for each county’s mentally ill, he said, they could work alongside police to safely help people in need.

Wagner said progression in the Santa Barbara Police Department’s system is based on funding.

“This particular model is directly influenced by funding so it is hard to gauge what the future beholds,” Wagner said. “With adequate funding I see the deployment of social workers becoming more and more common because officers are benefited by specialized assistance.”