Pro-life club seeks to ‘cultivate a culture of life, love’ at City College 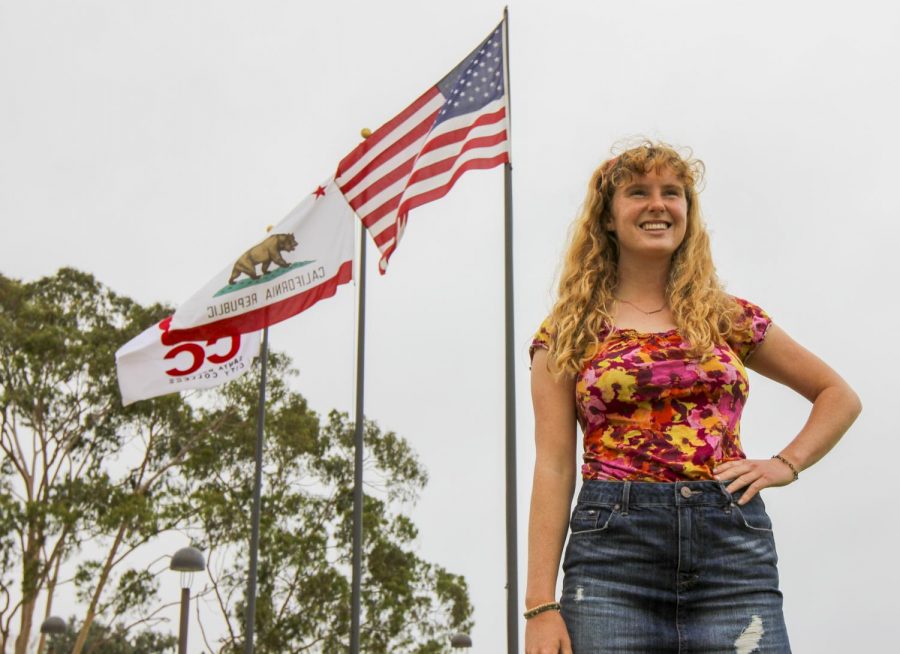 Students for Life club President Anna Reed brought the secular, pro-life club to City College to represent people who have similar views but are afraid to voice them. "The purpose of the club is just to educate, not [to force] an opinion on anyone," said Reed on Monday, Oct. 19, 2020, in Santa Barbara, Calif.

Students for Life club President Anna Reed is bringing information on abortion to City College from a pro-life perspective.

“I am pro-life but I am also pro-women, which probably sounds super contradictory,” she said.

Growing up in Santa Barbara, Reed said, she never imagined being passionately anti-abortion until she saw the movie “Unplanned.”

“My heart was changed,” she said.

The movie is based on the true story of a former Planned Parenthood Clinic Director, Abby Johnson, who became a pro-life activist after assisting in a procedure where she witnessed an abortion on an ultrasound.

“There are many other issues that I am concerned about … but this to me seems the most glaring and most important of our day,” said Edward Grant, the club’s co-vice president.

Both Grant and Reed come from religious backgrounds but Students for Life is a secular organization.

“I don’t want anyone to get confused,” Reed said. “Faith is not going to be brought into our Students for Life meetings.”

The Students for Life club at City College is partnering with Students for Life of America to bring in speakers for virtual informational seminars they plan to host. They are in the process of planning their first Zoom event on resources for post-abortive women.

“This isn’t something that I’ve seen offered in [The Well] or in our student resources,” Reed said.

She is aware that there are many circumstances that would lead someone to feel like they are in a situation where abortion is their only option, but said she believes “that’s a lie” and there will always be viable alternatives to abortion.

“We hope to cultivate a culture of life and love,” Reed said. “We will never be aggressive.”

Grant said it will be made very clear to club members that abuse or making people feel unsafe will not be tolerated.

Reed said she is proud of the Associated Student Government for approving the club charter and allowing diverse viewpoints at City College.

“There are lots of people who are pro-life as well but just are not speaking up out of fear and out of shame,” she said.

Although Students for Life of America’s goal is to abolish abortion, Reed’s goal for the City College chapter is to “change hearts and minds” through education about abortion.

She personally references Live Action for information that she posts on her personal social media because she said she wants everyone to be able to make an informed decision.

“Even if you are strongly pro-choice and you don’t think there’s anyway your stance would change, I think its always good to hear the other side,” she said. “Maybe it’ll make your opinion stronger.”