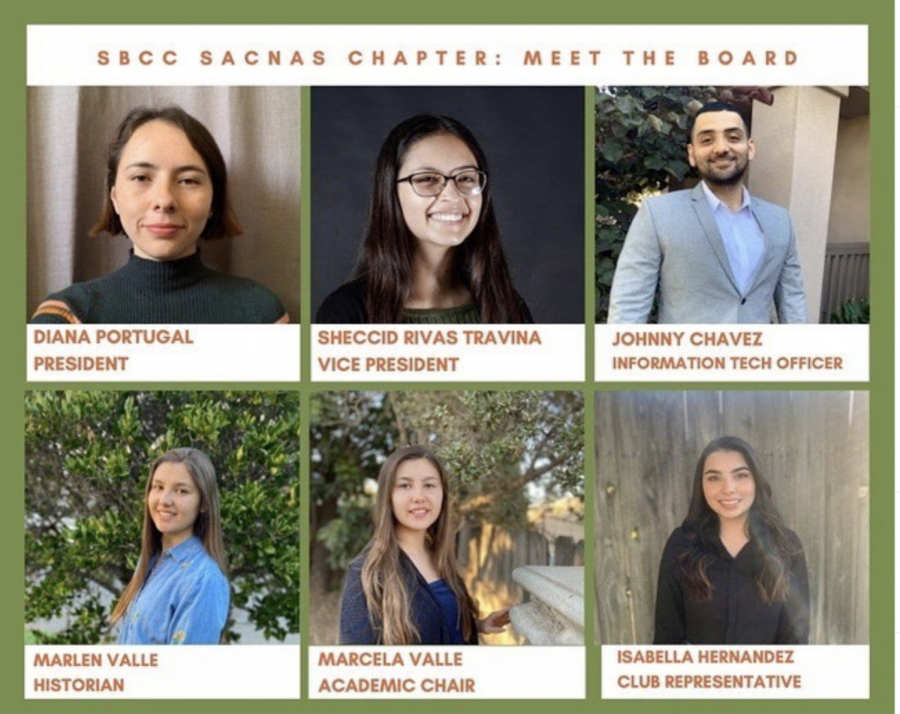 For Diana Portugal, the lack of diversity in City College’s STEM program was discouraging. At times, she felt she had to act like a different person or repress her heritage just to fit in.

“What’s really special about SACNAS is that they not only want you to be professional but they’re also integrating your culture into that,” said Portugal, president for the City College chapter of the Society for the Advancement of Chicanos and Native Americans in STEM.

“There was a large majority of white people,” she said. “I felt like I couldn’t speak up.”

The City College chapter of the Society’s mission is to be a resource for Chicano and Native American students looking to transfer while melding their appreciation for science with their culture.

“My first couple of classes in [computer science] was almost like a culture shock,” said Advisor Christian Martinez.

Coming to City College from a more culturally diverse high school was a challenge, Martinez said, and it became more difficult throughout his academic career.

In school, chapter member Isabella Hernandez felt like she needed to adopt a “white persona” or hide her Mexican heritage in order to be acknowledged.

“My mom is white and my dad is Mexican,” said Hernandez.

Other chapter members agreed with Hernandez and said they appreciate being able to learn from people who have a similar cultural background.

“[SACNAS] lets people know that there is room in science here in our country and it could be Latino, Native American, Hawaiians,” said Faculty Advisor Virginia Estrella. “Any ethnic group can also be a scientist.”

Chapter Vice President Sheccid Rivas Trasvina felt even more welcome in STEM when Biology Professor Jennifer Betancourt introduced herself to the class by acknowledging being Latinx and a first-generation college student.

“I felt like I could be there,” she said.

Every year the national organization hosts a conference demonstrating cultural entertainment and encouraging students to pursue these disciplines.

“There’s a pow wow and mariachi music yet everybody loves science,” said Estrella.

The conference is also an opportunity for students to mingle with professionals in the field.

“Everyone was happy to be there and happy to talk to you,” said Rivas Trasvina.

The Society’s goal is to increase their membership to ensure that the City College chapter can sustain itself when the current members transfer to other schools.

“We want to make events specific to the transfer processes,” said Portugal. “Events that are engaging to students.”

Portugal hopes that these types of events will draw in more members and make it known that they are a resource for students who want to transfer.

“The transfer schools will most likely have a SACNAS chapter,” said Martinez.

The network of professionals that the national organization provides supports students to the highest levels of education.

Rivas Trasvina puts stickers on the wall behind her during Zoom club meetings that show what the club’s values are. “No human is illegal,” “love is love” and “Black Lives Matter.”

But Rivas said the club doesn’t want to limit itself to only supporting Chicanos and Native Americans, but the name has history behind it that the organization wants to hold onto.

“I am willing to be vulnerable even to our newer members,” she said. When it comes to sharing her hardships as a Latina in STEM Rivas Trasvina said “I know that they are probably also feeling those emotions.”