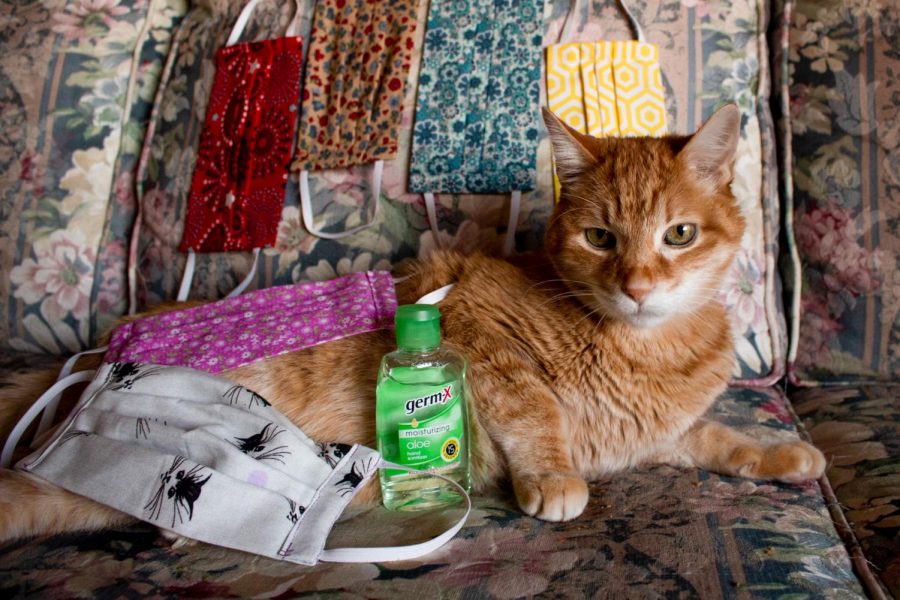 Animals are still up for adoption as the County of Santa Barbara Animal Services started livestreaming dogs and cats in a home environment via Instagram to connect with potential owners.

Sit back, grab some popcorn and adopt a pet from your couch.

While most of the United States is under a shelter-in-place order, the Santa Barbara County Animal Services is doing everything in its power to get animals out of their kennels and pair them with loving foster homes with the end goal of adoption.

That is why the team came up with “Adopt a Pet From Your Couch,” an Instagram livestream event in which Michelle Maltun, the community outreach and volunteer coordinator, goes live with foster owners who show adoptable dogs in a home environment.

“We go live on Instagram on a planned night with the foster,” she said. “So [the viewers] can see what the pets are like outside of the kennel.”

Operations manager Estaban Rodriguez said the shelter has seen an increase in fostering and adoptions due to people being home more during the stay-at-home order.

“The community wants to do the right thing,” he said.

From March 16 to April 16, the shelter was able to get 334 pets to homes. 113 pets were placed into a foster home, 127 pets were adopted, 92 pets were reunited with caretakers and 58 pets were transferred to rescue partners.

“It has always been a dream of mine to see all the animals out of the kennel and into a foster home,” Maltun said.

The idea of going live on Instagram came to Maltun while watching the series “Jane the Virgin” when a dog trainer goes live with the characters.

With nearly 3,000 followers on Instagram, the shelter is capturing the community’s attention.

“It has helped us with the relationship with our community, and to show them what we do for the community,” Rodriguez said.

Maltun hosts the livestreams on Instagram and invites fosters to join her. Last Monday, eight foster families and their dogs joined in.

One of the dogs was 7-year-old Diesel, a pitbull from the Santa Maria shelter.

“He is a gentle giant, he is 85 pounds,” said Diesel’s foster parent Rachel. “He is so so sweet, really loves to cuddle. He is like a lapdog, but he doesn’t realize he is a beast.”

Another dog who joined the stream was 6-year-old Larry, a boxer who donned a tie for the occasion.

Some of the dogs that joined the livestream have already been adopted out to their new forever homes.

“I am a big proponent of marketing animals outside of a kennel so people don’t have to walk through the kennel,” Maltun said, explaining that animals behave differently in a home situation than in a kennel.

With dogs, cats and rabbits still being surrendered daily to the shelter, the staff and volunteers do everything they can to entertain the animals who are still in the kennels. Since there are fewer animals in the shelter, there is more one-on-one time.

“One of our main focuses is to do enrichment,” Rodriguez said. “We still walk our dogs and we provide them with toys.”

Their main goal is to get the animals who are still in the shelters into foster homes or adopted as soon as possible.

Those who are interested in fostering or adopting an animal can visit the shelter’s Instagram, where it does weekly livestreams, or contact any of the three locations by phone or email.