Express to Success program closes its doors, lack of funding 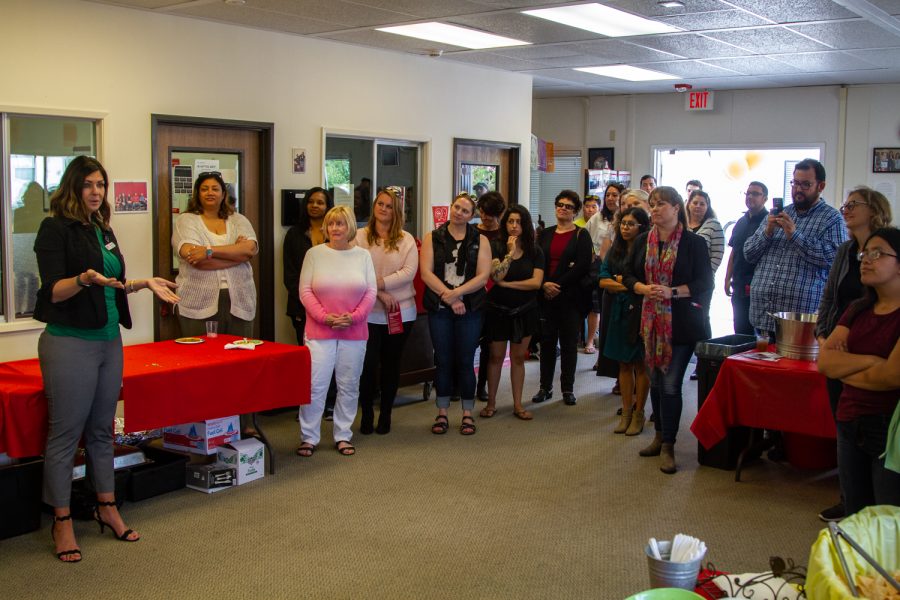 Cosima Celmayster-Rincon, Academic Counselor at the Express to Success Program, talks during the farewell gathering of the program on Wednesday, April 24, 2019, at City College in Santa Barbara, Calif. The program will be closing its doors after eight years at City College.

After eight years of dedication to in-depth student learning, City College’s award-winning Express to Success program will be closing its doors due to resource relocation and insufficient funding.

The program offered adapted math and English classes to help students move through their classes more quickly, offering co-requisite classes such as English 89 & 110 and Math 95 & 107.

Assembly Bill 705 started at the same time the program ended, which calls for drastic reforms to remedial classes and testing, and will have a large effect on student learning in the math and English department.

According to math Professor Sherry Masooman, AB705 didn’t worry ESP teachers at first, as they knew their program would be able to offer support. However, with the announcement of the program’s closing was a slap in the face.

“I [felt] like the rug was pulled from under us,” she said. “I am nervous about what’s to come.”

“Without the help of Express to Success, I would’ve never graduated early,” said former City College student Kiki Reyes. “It was very inviting and welcoming.”

ESP offered a community and built-in support system for students, including teachers, staff, and students, which made communication between the three groups quicker and more effective.

Pam Guenther, the ESP co-director, reflected on the program with tears in her eyes.

“It’s pretty amazing, the real focus of this program was the community,” she said. “The program transformed students, but it also transformed [the teachers].”

The program is ending because of the relocation of its counselors and tutors, as well as having insufficient funding for lesser expenses. The recent change in state education budgets has left little financial support for the program.

The Student Equity Achievement workgroup is dedicated to re-allocating the budget, and have found that there wasn’t enough money for the program’s counselors and tutors. Those staffs are now moving to more general departments.

Guenther, a member of the workgroup, claimed that the group  “did not allow everyone to have a voice” and that it was “not transparent or equitable” in a public comment at an Academic Senate meeting on April 10.

“We have no idea how the fall is going to go,” Baxton said. “I know that we will keep doing everything we can.”