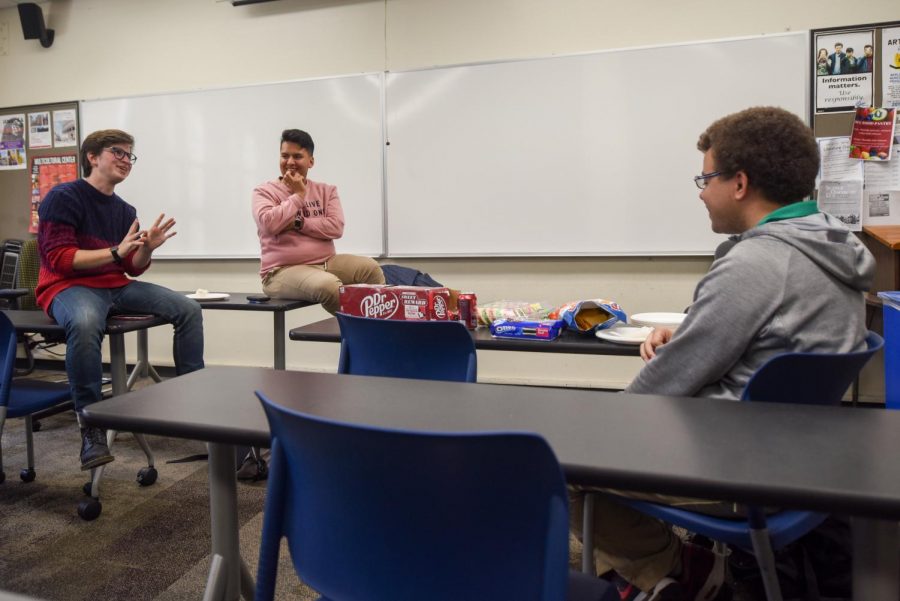 First-year student Percy Langston has taken on the role of president and founder of City College’s first Campus Democrats chapter— a club he said will create a safe space for students to get involved in politics and learn to be activists.

College Democrats of America is a nationally recognized organization that aims to encourage college students to be politically active while promoting the ideals of the Democratic Party, according to the organization’s constitution on their website.

Langston said he has been politically active for years. His political involvement includes being an active member of Democratic Socialist of America and an intern for Congressman Salud Carbajal during the 2018 midterm elections.

“A lot of activism for me is necessary to survival,” Langston said. As a member of the transgender community, he said his love for activism “arose out of this need to carve a space for [himself.]”

Langston sees Campus Dems as a way for students to organize and “make their voices heard.” Hosting guest speakers, workshops, voter registration events, and even retreats are some things he likes to do for the club in the future.

Following Campus Dems first meeting on Thursday, Vice President of the club Alan Morales said he hopes the club will encourage students to vote and be involved in the community.

Morales, much like Langston, has been politically active for several years. His work includes having been an intern for Sen. Bernie Sanders, I-Vermont during his 2015-2016 presidential campaign.

Political science Professor Joseph Martorana is the advisor for Campus Dems. The Channels reached out for comment but he did not respond.

“Everyone should be given an opportunity to organize,” said Cage Englander President of the campus conservative group Young America’s Foundation. He said he welcomes Campus Democrats despite its opposing views.

Englander emphasized that he has the “utmost respect for them,” and suggested working with Campus Dems in the future.

“I would love to reach across and work with them, even though we disagree on policies and ideals,” he said.

While Langston said he does not support YAFs ideology, he agrees with Englander that all parties have the right to organize.

“it’s important to have a space for political discourse,” Langston said.

Campus Democrats will be meeting at 2:45 p.m. on April 4 at the Interdisciplinary Center room 222 after spring break.