SBCC student musician hopes to be the next American Idol 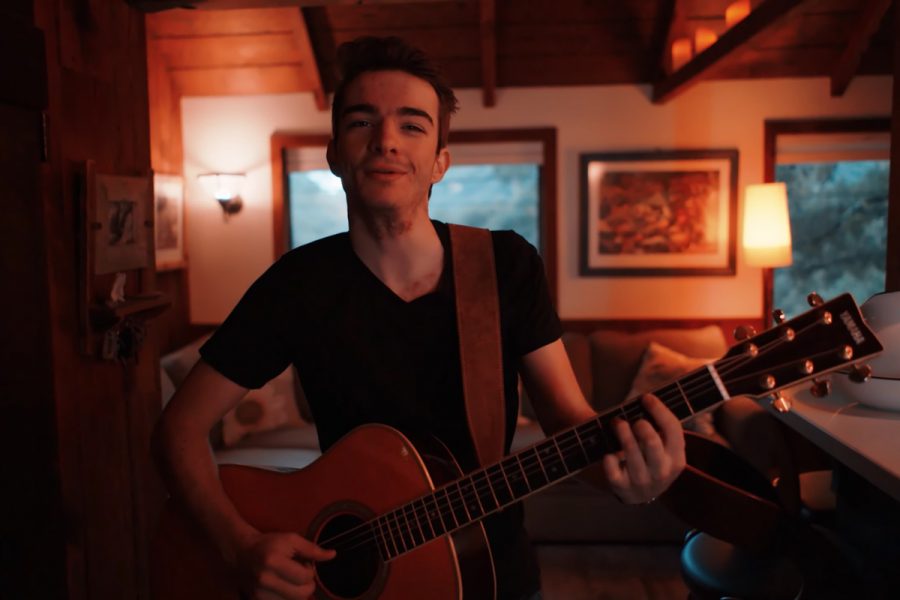 Could the next American Idol be a student from Santa Barbara City College? City College student Jackson Gillies is a 19-year-old singer, songwriter and hopeful popstar-to-be who believes he has what it takes.

After moving to Santa Barbara, Gillies won Teen Star 2016, a musical and performance-based awards show. This was the second time he had played guitar on stage and it was a smash hit. “Right now I’m in a really balanced place,” Gillies said. “I am in a perfect point in my life.”

Gillies got his start in playing music after he was diagnosed with Hidradenitis Suppurativa, a disease causing abscesses to form on the skin, in 2013.

“I was in bed, I couldn’t move, I was in way too much pain,” he said. “That’s when I started playing guitar.”

Gillies built a name for himself around town by playing and organizing shows, including the “Something That Matters” concert to bring awareness to his diagnosis.

Eventually, he said he felt ready to audition for American Idol— an experience he will never forget.

“It was incredible to see the best of the best of our generation’s musicians,” he said. “I’m so grateful for the experience.”

Although he felt nervous to perform on the show, Gillies felt welcome and accepted amongst his fellow contestants.

His recently released debut single “Miss Me Too” is starting to gain popularity, too. He collaborated with Producer Jesse Siebenberg, who has worked with musicians like Lady Gaga and Billy Preston, to deliver this song.

He said he enjoys the fame and the new fan base the debut brought.

“He brought a guitar to study hall once and played a couple of his songs,” said Sydney Antil, one of Gillies’s longtime friends from high school. “Out of all the aspiring musicians I’ve met, something just told me that if anyone was going to succeed in the music industry, it would be him.”

Gillies said he has always been a singer at heart. Dating back to when he was seven years old, he remembers singing along to the musical “Les Miserables” with his brother. He hit a high note and astounded his brother even as a child.

“That was the first person I performed in front of, and had that effect of ‘wow, I really impressed that person,’” Gillies said. “I hit them on an emotional level.”

Before the Hidradenitis Suppurativa diagnosis, Gillies had been a very active person and spent hours of his time rehearsing for musical theater and playing sports. Learning the guitar served as a creative outlet he could do without the physical activity, and it grew into a passion.

“I am thankful for the way it has shaped me,” he said. “I’m totally straight arrow, and I’m thankful that I’ll never fall off the wagon.”

From then on, the guitar was his instrument of choice.

Gillies said he used to think talent shows like American Idol or The Voice were disingenuous, but now he feels differently.

“You gotta move with the times, it’s 2019,” he said. “That’s an advantage of this day and age, […] It’s a pretty amazing thing that artists can be independent now.”

He has a very specific genre of music he wants to perform and said that talent shows like American Idol are the perfect outlet for getting recognized. He draws inspiration from the Grateful Dead and Jimi Hendrix.

“I wanted to do pop music, but with the genuinness of folk lyricism,” Gillies said. “Of words that hit you in the chest and suck you in at the first line.”

Jackson Gillies’s performance for American Idol aired 8 p.m. Sunday, March 3. His debut single “Miss Me Too” can be found on YouTube, Spotify, Apple Music, and iTunes.