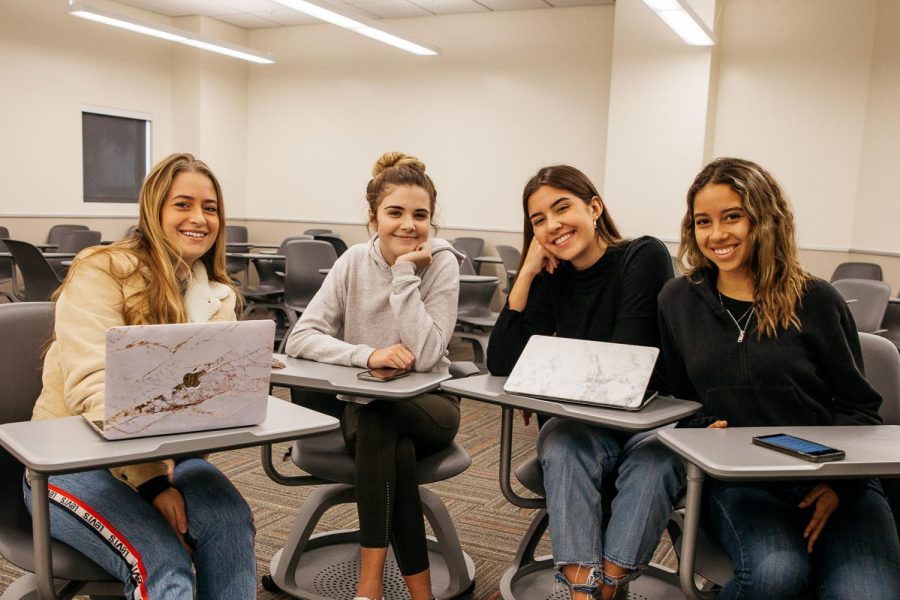 This year, City College offered many new clubs including the social media club, which teaches students about how to make social media their job.

The popular club has a wide variety of students of all nationalities who show interest in making their social media profiles more up to date and for students who want to make new friends through social media.

The president of the club, Florentina Lang, said that she wants to focus her club more on the improvement of Instagram accounts and becoming influencers through the media.

“I started this club because social media is one of my personal interest and because I think it is a very important tool for everyone’s future,” Lang said. “Therefore I think it is important that people are educated about it because it is growing.”

Lang continued by saying that it is an important to have a social media club because the media is constantly growing and changing, and with the club there is more information available for students. She believes because the school does not have classes for this subject, the Social Media club is vital to help spread information for those who want it.

Next semester is when the Social Media club will have its start off with already 35 students joining and more wanting to join.

“Social media is becoming more important for companies to hire people, they will look at someone’s social media first before hiring,” the vice president of the club, Gabriela Gut, said. “That is why we started this club so we can all together discuss how to use social media in our favor.”

According to Gut, brands and companies look at the person’s social media and what they post before hiring that person so they can have an impression of how that person will be on the work floor.

“I joined the social media club so that I can be apart of one of the biggest influencing platforms of our generation,” secretary and a member of the club, Jasmine Brewster said. “I want to inform people on different ways to use social media, and to learn from others as well.”

Brewster continued saying that she believes a club like this is important because as a community, people are engulfed by social media.

“And if I have the opportunity to reach people through these platforms and make a positive impact, I see no reason to not make good out of these technologies,” Brewster said.

The clubs focus will mainly be Instagram since the members believe this platform is mostly used by this generation and since the club believes that will be a good place for someone to grow.

The club will officially start meeting in spring for students who want to join. For students who can’t join in person, the club also has an active Instagram account with updates about what is talked about in the club meetings.