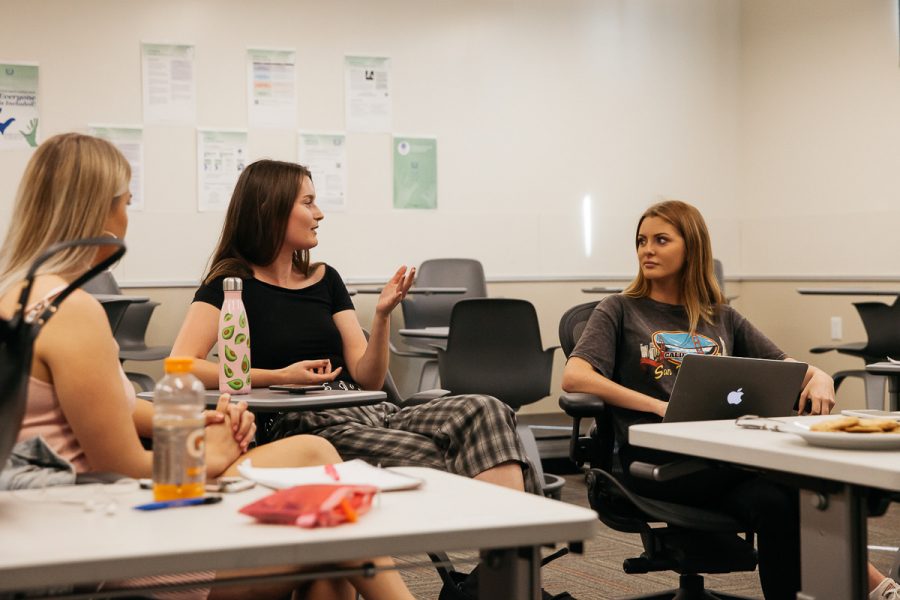 Everyone needs a sense of community, a group of non-judgemental people you can talk to and rely on for support.

Coming into Santa Barbara for the first time, Norway native Yvonn Myren, 20, said she found it hard to find a community where she felt like she belonged as an international student, so she decided to start her own community where everyone is welcome — the Women’s Empowerment Club.

“We want to create a safe environment where people can talk about important topics that you might not talk about with just anyone,” she said.

“We want people to be able to talk about anything without being judged.”

She said she felt like there was a need for a women’s community on campus and that she wants everyone to leave club meetings feeling empowered. Topics they plan on discussing include self-development, relationships, values, culture and life in general. Although the club’s focus is to empower women, any person with a positive mindset can become a member and is welcome to be a part of the community.

“The goal is to help people figure out who they are and what their values are by having open minded discussions with common-minded people,” said Florentina Lang, the club’s vice president.

To help build a community within the club, it plans to arrange fundraisers, movie nights, field trips and guest lectures. One lecturer will be Jaqueline Mleczko, a communications instructor at City College and mentor for the Women’s Empowerment Club.

Mleczko said she instantly accepted Myren’s request for becoming a mentor for the club.

“Life is simply too short to not support one another and to not have faith in yourself,” she said.

She added that she remembers the struggle of not feeling connected to her school or peers.

“School, in all its entirety, should feel like a second home for students. A home that is filled with equality and support,” she said. “It was until I joined clubs just like Yvonn’s that I completely changed my educational experience.”

The club had its first meeting Thursday, Nov. 15 in the West Campus Center. There was seven club members present, and Myren said she hopes membership will increase as the club starts to market itself.

The club does not yet have a regular schedule for its club meetings. If you are interested in being a part of this club you can either join its Facebook group, SBCC Women’s Empowerment Club or follow their Instagram account at sbccweclub.