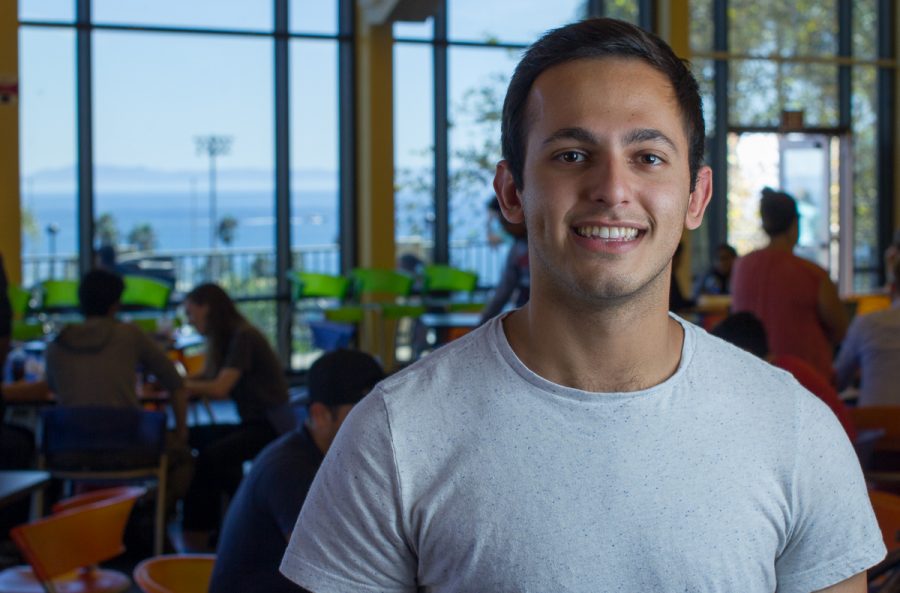 The Associated Student Senate Room in the Campus Center is quiet and peaceful, with a long desk at its center and an office on the side where one can hear the Academic Senate President and Vice President working in the background. Relative to the energy and tension during some Senate meetings, the atmosphere feels like a brief respite, a calm before the storm.

This is where David Panbehchi often does his work. Panbehchi served as the Commissioner of Events in the Associated Student Senate last year and is serving as the Student Trustee on the Board of Trustees this year.

Associated Student Senate President Josh Villanueva only had positive things to say about Panbehchi, who is in his second year working with Panbehchi in the student government.

“Anytime I have needed help, he has been there. Panbehchi is really passionate about representing students and really cares about justice,” Villanueva said.

One of the most popular events Panbehchi directed as Commissioner of Events was “Does God Exist?” However, Panbehchi says future events he directs will have a focus towards helping people become more aware of the suffering of others and what is causing such suffering.

“There are people in the world who are really suffering, and events should be geared toward ‘how can we alleviate that suffering?,’”he said. “We should be starting a campus dialogue on how we can make the world better.”

Panbehchi’s family has gone through its own personal trials as a Jewish family in Iran, with communities shutting them out and castigating them at times for being Jewish.

But he is quick to say that his family’s experiences are merely a microcosm of the systemic oppression Jewish people have faced throughout much of history, from the Holocaust to “pogroms” (violent riots aimed at the persecution and/or murder of Jews, especially in the Russian empire during the 19th and early 20th centuries.).

His primary catalyst for becoming politically active was through hearing Bernie Sanders’ speeches during last year’s election cycle. In particular, a short video called “Bernie Sanders Then and Now” — which illustrates Sanders’ political career since 1985 with segments of his speeches throughout that time period — convinced him that he was fighting for working people, marginalized people and the oppressed.

“When I saw that video, I found new direction, not only in life, but in my education. I realized that, as Bernie said, ‘we are living in a nation and a world which worships, not love of brothers and sisters, not love of the poor and the sick, but love for the acquisition of money,” Panbehchi said.

“At the end of the day, we are judged on how we treat the most vulnerable people. In my view, politics is the way I believe we can achieve the goals of justice, morality, and equality for all people.”

In his third year studying and working at City College, he originally wanted to major in Biopsychology. But, while he said that he will continue to be intensely curious about the human brain, he has instead decided to double major in Political Science and Philosophy.

In the long term, Panbehchi says he wants to work as a “true” public servant in the political system, which he describes as one that rejects donations from big-money interests.

Panbehchi was one of the lead organizers of a rally held last March on the bridge connecting East and West Campus to raise support for a policy to increase the number of gender-neutral bathrooms. He said that the most important thing potential rally organizers need to have is a goal, an ideal to work towards.

“No matter how idealistic it may be, that’s OK. Have the confidence to push for what is just and right.”