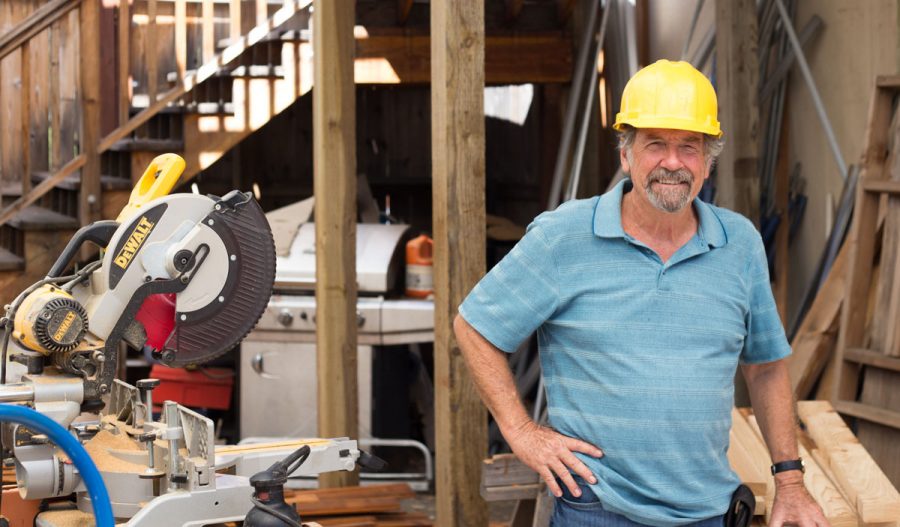 Patrick Foster, Head of the construction company, hangs out in his lumber room Thursday, Oct. 5 at the City College Wake Center. Foster is retiring from the program this semester.

Patrick Foster, construction technology department chair, will retire at the end of the school year and leave his department to an undecided fate by school officials.

Foster founded the construction technology program and shaped it into what it is today over his 11-year City College career.

“It’s really hard for me to let go,” Foster said, “because I was here alone for a long time and I’ve created all the classes, except one elective.”

In terms of what the construction technology department may look like next year, no decisions have been made yet. They are just one out of 11 departments that are requesting positions to the Academic Senate, according to Academic Senate President Priscilla Butler.

“Based on the budget challenges the college faces,” Butler said, “we anticipate that we will only be able to replace a small portion of this number. The exact number of replacements is unknown at this time.”

The Academic Senate is responsible for ranking each case based on where the “greatest need exists” and will present the ranks to Superintendent-President Dr. Anthony Beebe. He will ultimately decide which positions will be funded for the upcoming school year according to Butler.

“For positions that are not able to be funded,” Butler said, “classes in existing departments can be taught by adjunct faculty.”

Foster remains optimistic about the fate of this department, hoping that even if they don’t receive funding for next year there will eventually be an opportunity to hire a replacement.

“None of us are sure how it’s going to go,” Foster said. “They want to support it but they have to make some exceptions for things they want because of the budget. So we’ll see.”

In the classroom, Foster tries to show his students how to apply the philosophies behind the field to the real world and not just teach the basics of building and construction.

“This might be the only schooling these [students] have,” Foster said. “These are our future citizens, these are world citizens, and they’ve got to know more than just house building or chemistry.”

The topic of sustainability plays a vital role in the program’s curriculum. The program received a grant to “green-it,” or make it sustainable, a couple years after the program was created. This created new classes focused on the subject, such as “Building Green” and “Building Performance” (previously called “Weatherization”).

Foster makes sure the students frequently discuss sustainability in class. This allows them to gain skills so they can approach future jobs with the state of our planet’s changing climate in mind.

The construction technology students also learn skills such as a background in architecture, safety and good work habits while in the program, according to Foster.

He is looking forward to retirement with the intention to teach one class a semester at City College without having any of his current duties as department chair. Retirement will open up vast new opportunities for him as he mentioned a newfound passion for writing as well as his plans for to work with a bioregional non-profit organization.

The decision for which positions will be replaced is expected to be made in November.