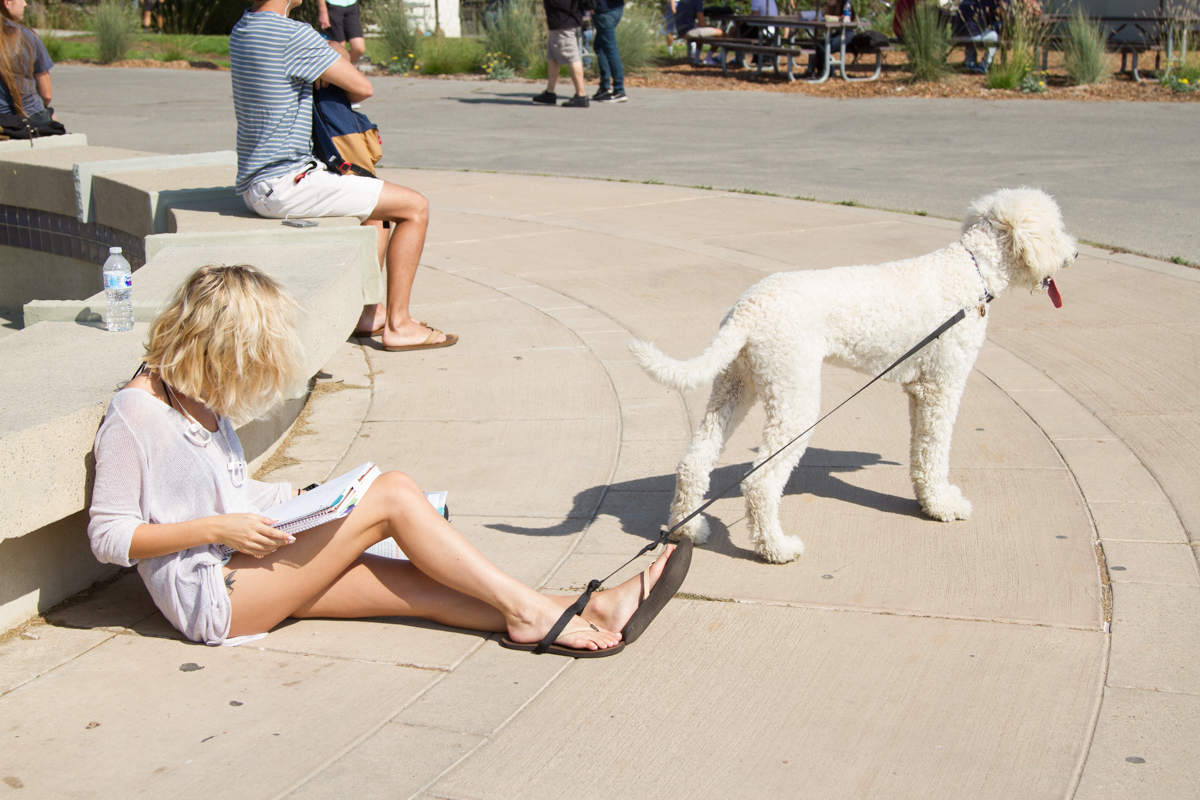 City College student Alyssa Davis wraps her dog Benji, a Golden Doodle, with a leash around her ankle to keep him put while doing homework on West Campus Wednesday, August 30, 2017 at Santa Barbara City College. New rules have been put in place to make even service dogs wear leashes at all times.

New regulations may affect the many dog owners who enjoy letting their furry, four legged friends run off-leash on the green lawn outside the Luria Library. City College passed a new administrative procedure over the summer stating that dogs on the campus area must be on a leash not exceeding six feet in length at all times.

“We’ve had dogs who were running loose and not under the control of the owner where they have attacked people,’’ said Director of Security Erik Fricke.

Fricke explained that these incidents caused a need for more clear regulations.

In the past, the rules were that only service animals were allowed on campus. However this was rarely enforced because it was so difficult to control. Even if the new rules are more lenient towards animals, it facilitates something that security can refer to.

“We can expect some negative response, because people are very protective of their animals and they want to be able to have their dogs run free,’’ Fricke said. “It is just for the safety for everybody on campus to have the dogs on leash.’’