Students from all over meet and enjoy nature through hiking club 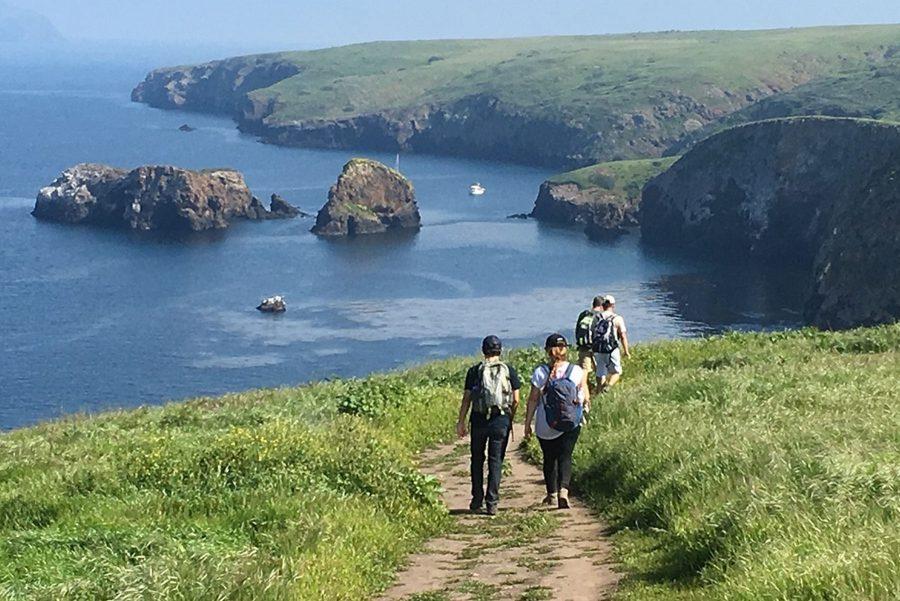 Walking among the rugged mountains in the Santa Barbara backcountry, venturing through the Los Padres National Forest and enjoying the sound of birds living behind the coastal cities are all a part of the Hiking Club experience.

The Hiking Club was founded by international students Rami Saad and Kaiti “Jerry” Sun in Fall 2016 and is advised by Federico Peinado, an avid hiker and associate professor for English as a second language.

“The students who sign up for the Hiking Club are a great group of people who love nature, enjoy the company of people from other countries and are always in good spirits on the trail,” Peinado said.

Peinado first began taking his students on weekly hikes and due to the popularity of it, Saad and some students decided to make it an official club on campus, thus making it available to all students.

“This club is amazing, I highly recommend it to anyone looking to join,” said Maria Sanchez, a club member and communication major.

The club received many emails from a large number of students asking to join. What began with a few students has now expanded to 85 members, though typically the hikes consist of 13 to 20 students.

“We accept literally anyone and it shows,” Saad said. “We have members of all ages, races and experience levels.”

By putting cell phones away, student hikers get a chance to connect with other students while also disconnecting from technology and the internet. This is also a more intimate setting for students to socialize, which was one of the main goals of the club.

“It has worked well, as students from different countries have a chance to meet each other and share a common interest in hiking,” Peinado said.

Some of the trails the club has ventured to include Rattlesnake Canyon, Inspiration Point and Gaviota. Hikes to some special locations like Santa Cruz Island and Yosemite National Park are also coordinated throughout the semester.

Before every hike Peinado and Saad hold a safety meeting for the students to ensure that each student is aware of the risks and how to handle certain situations. Part of the discussion during the meeting focuses on the dangers of poison oak and how to identify it, as well as the importance of bringing water and staying hydrated.

The hikes are once a week, usually on Saturdays and range in distance. No matter the trial, nobody is ever left behind and that is something the club has stayed true to every time.

“Something that usually stops people from wanting to join is the fear that they won’t be able to keep up, but we make it work for everyone,” Saad said.