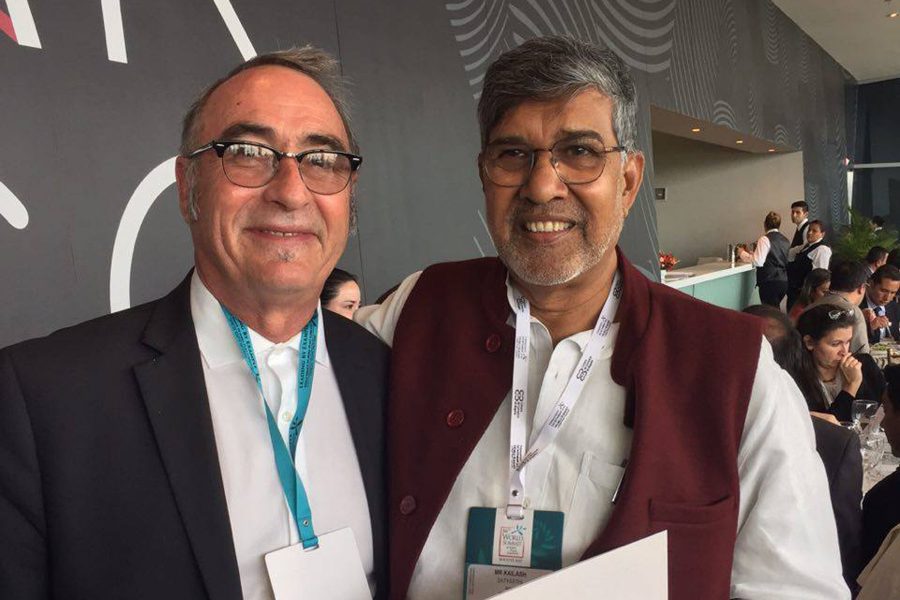 2020 A Year Without War received support of their mission towards world peace from Nobel Peace Prize winners at the 16th World Summit of Nobel Peace Laureates in February.

2020 A Year Without War was founded at City College in 2011 by Professor Joseph White. The organization shows dedication towards its goal of a more peaceful world. Their mission is to extend the monthly global truce signed every two years by the United Nations General Assembly to an entire year of truce in year 2020. The organization believes the extension of the ceasefire will leave a focus on positive development and raise awareness of the possibility of a peaceful world.

“We are doing this because we want to live in a better world,” said Lorenzo Marchetti, international ambassador and executive coordinator of the students program for the organization.

At the 16th World Summit of Nobel Peace Laureates in Bogota, Colombia, the organization got the opportunity to spread its message. They received large amounts of support from prominent, people including 2011 Nobel Peace Laureate Tawakkol Karman and 2014 Nobel Peace Prize winner Kailash Satyarthi.

“Judge me by what’s in my head, not what’s on my head,” Karman said at the Summit, touching on the subjects of religious discrimination. Karman was one of many inspiring speakers at the summit that offered the people attending enthusiasm and support to conjointly make the world a better place.

Nina Alvarez, president of the 2020 A Year Without War club, is one of the lucky students who got to attend the trip to Bogota. Alvarez joined the organization last year because of her burning passion to make a change. She believes in the “domino-effect” the one-year truce could cause; leaving a peaceful world with resources to spend on education, poverty and hunger.

“The youth and the millennials are the future and we are the ones that are going to change the world,” Alvarez said, encouraging others to do what they can to help a troubled world and take action.

Marchetti spoke at the UN’s General Assembly Sept. 16, 2016 and caught the attention of Louis Venturelli, youth program officer of the world summit of Nobel Peace Laureates. This conversation led to an invitation to the world summit extended to Marchetti. He decided to bring White and Alvarez with him to represent the organization in Colombia in February.

2020 A Year Without War left the Summit in Bogota with new connections to like-minded people and fresh inspiration to fuel them towards their mission. Some future goals of the organization are to focus on lobbying, finding money, gaining more support and spreading the message.