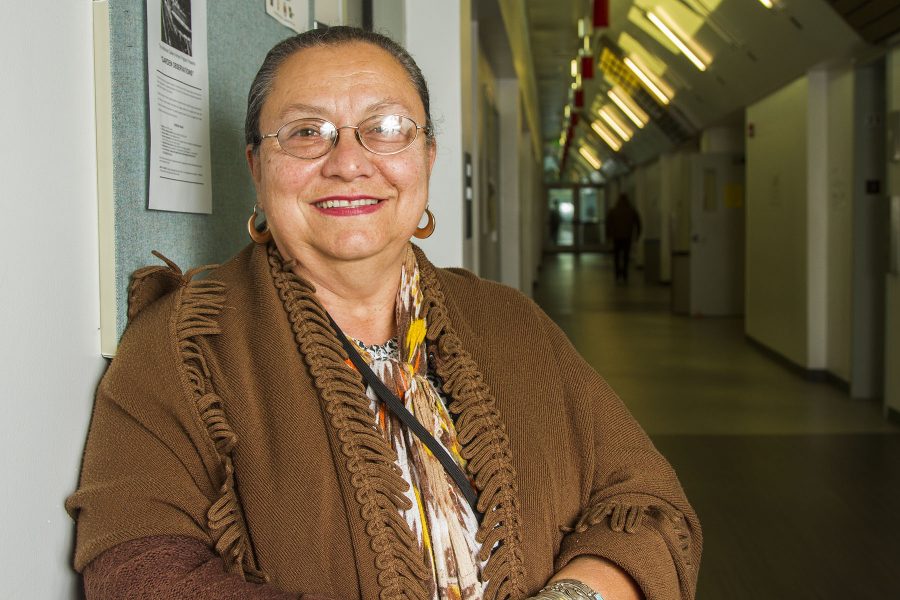 Spanish Professor Sonia Zúñiga-Lomelí will be retiring at the end of the spring semester, Monday, Nov. 28, in the Humanities Building at City College. Zúñiga-Lomelí has been with City College for over 25 years.

“[Our] granddaughter has brought a different perspective to our lives,” said Zúñiga-Lomelí, who is retiring as part of the Supplemental Early Retirement Program incentive.

Zúñiga-Lomelí, who has taught at City College fulltime since 1990, said originally she had planned to retire a year later, but after the early retirement program she decided to retire early.

Despite retiring, Zúñiga-Lomelí said her and her husband will still continue to write and publish books and attend conferences. She also plans on taking classes at City College, including art, music appreciation, history, German and American Sign Language.

“As professors, we are long time students,” she said.

Zúñiga-Lomelí said she will miss her students the most when she retires.

“I’ve done as much as I can to guide my students,” she said. “They’re the ones that give me hope. Not just my students, all students.”

During her 26 years, Zúñiga-Lomelí was instrumental in helping the school of modern languages flourish. When she first started working at City College, there were only six languages taught. Zúñiga-Lomelí advocated for other languages such as American Sign Language and Japanese, and since then the languages taught in the department have doubled.

“It’s really because of her that the school of modern languages became a department,” said department chair and Spanish Professor Dina Castillo.

“Sonia is a born leader,” Spanish Professor Francisco Rodriguez said, describing her departure as bittersweet. “She is always leading by example and by showing commitment. She has a really open mind and is always thinking of the students.”

City College’s Día de los Muertos tradition first began as a small display case, but with Zúñiga-Lomelí’s help, grew into an annual campus-wide celebration. The school of modern languages headed the event for years before passing it onto Extended Opportunity Programs and Services last year.

Zúñiga-Lomelí’s was selected to be the 2014-2015 Annual Faculty Lecturer. Faculty lecturer is considered the highest honor given to a fulltime professor each year and Zúñiga-Lomelí was the first professor from the school of modern languages.

During her lecture, which was titled “From Rabbits to Spanglish: Journey of a Language,” Zúñiga-Lomelí discussed the history and transformation of the Spanish language in America.

“I feel like she has a passion for teaching Spanish,” liberal studies major and Spanish tutor Nestor Martinez said.

“This is like one of your best friends getting married. You’re happy for them, but you won’t see them as often,” Rodriguez said. “We’ve always been there for each other. She is my sister.”

Despite the lack of replacement, Zúñiga-Lomelí said the department “can count on me for any help if they want to.”

“I see life as something more than just a job. As much as I love working here and as much as I love my students, life is much more grandiose,” Zúñiga-Lomelí said. “God willing, I will live a long healthy life and I will enjoy it.”