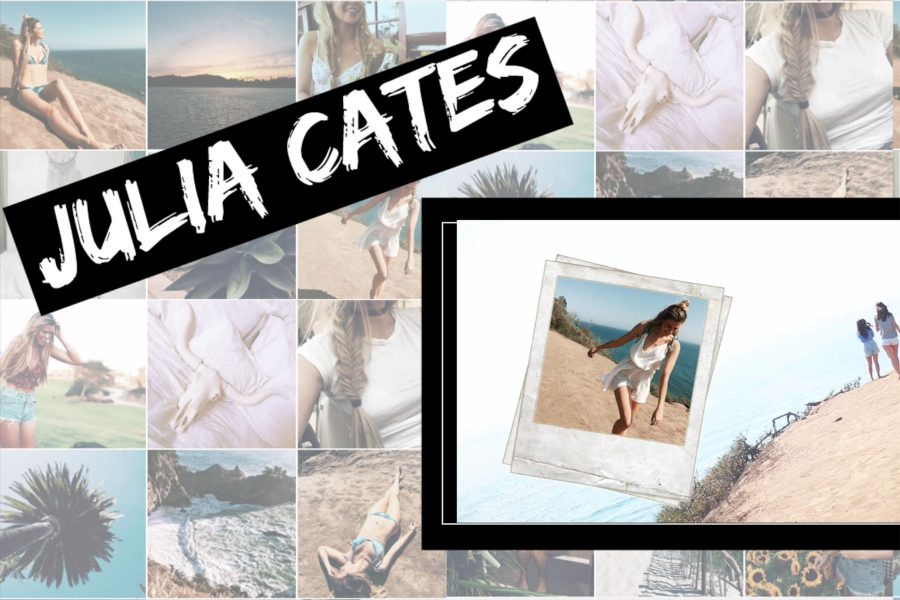 For most people, watching YouTube videos is a fun pastime. For others, it’s a way to promote positivity and inspire social change.

Julia Cates is a 22-year-old communications major at City College from Los Angeles. She’s also signed to a major network on YouTube and has nearly 60,000 subscribers. Her channel ranges from fashion and college lifestyle videos, to videos about her battle with depression and anxiety.

“I remember the first time I made a YouTube video on mental health. I was feeling very brave, but I was scared,” Cates said.

Before she started making videos, Cates was an avid watcher. But it took a while for her to gather the courage to put herself out on the internet, she said.

“I was obsessed, but I went to a small high school and I thought people would judge me,” she said.

Unhappy with her situation during her freshman year at University of Southern California, Cates took off one semester off to work on her well-being, which is when she started her channel. She then transferred to City College, where she currently is in her last year.

Although it started out as a hobby, she slowly began sharing a truer side of herself with her audience, “and just being very open and honest about things I believed in,” said Cates.

“I would have subscribers saying that they clicked on my channel for fashion videos, but that they stayed because they could relate to my experiences,” she said.

It wasn’t easy to be in such a vulnerable place for others to see, but Cates said she’s glad she went for it and put herself out there.

“I hit publish and posted it on my Facebook page for everyone from my high school to see, and all those same people who I was worried about judging me for making a channel in the first place. It was really cool to see how well-received that video was.”

Not only has Cates made a positive impact on her subscribers, but she’s influenced her close friends as well.

“I had the worst confidence ever a couple years ago. And she’s not perfect, but she inspires you to be more confident and not go for labels and just be yourself,” said Jaqueline Anneroth, Cates’ roommate and a 22-year-old communications major.

Cates has continued using her channel as a platform to advocate mental health.

“Being honest and open on my channel has been addicting,” said Cates. “I feel that there’s such a stigma that comes with mental health. People don’t like to talk about it, so being able to try to erase that stigma and make it more commonly talked about, and not as taboo of a topic, it’s fun.”

One of the most interesting parts of continuously posting online, she said, is looking back over the years and the evolution from when she first started posting videos to now.

“I’ve been on a crazy journey from a pretty insecure girl to a more confident person. So being able to document that, but give advice now that I’m more on the other end is cool,” she said.

Despite YouTube taking up a large portion of her time outside class, Cates said that school always comes first. She hopes to transfer to UC Santa Barbara or UC Berkeley next fall.

“She’s clearly very passionate in what she does,” said Darin Garard, a communications professor at City College. “She’s not just here to take the class, she’s applying what she does in class. So she’s an inspiration to other students in that way.”

Occasionally, Cates gets recognized by subscribers in Santa Barbara and Los Angeles, reminding her how far she’s come. She still has a hard time with the idea of having fans and people subscribing to see her videos.

“I guess the craziest thing is having a YouTube channel where people watch you but you don’t necessarily get to see them,” Cates said. “I don’t know; it’s surreal. It’s still crazy.”