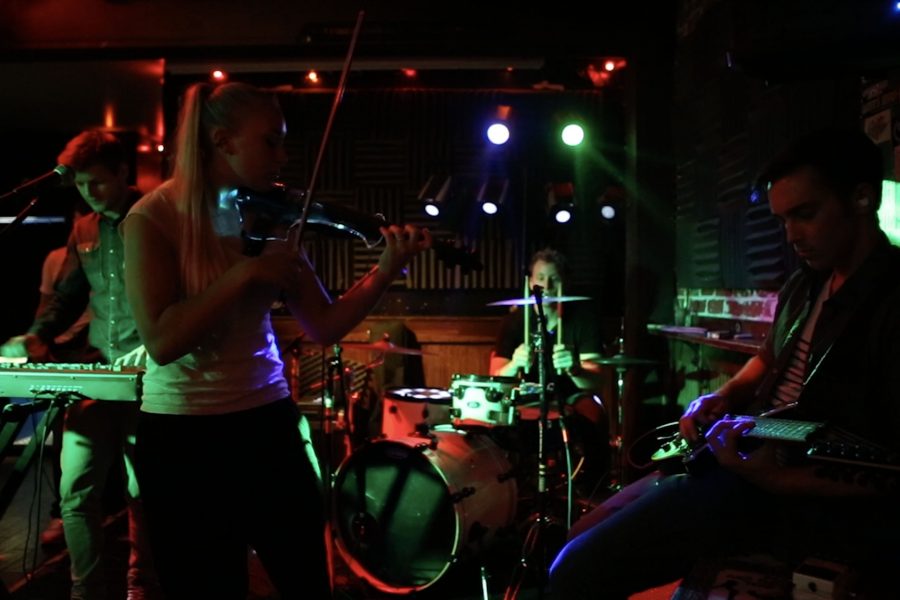 The band “Surprise Me!” is at a Friday night rehearsal at the recording studio, built by Joveth Jorquia, the band’s lead singer. The band is playing tonight at local State Street bar Whiskey Richards. The six-member group combines classical instruments with modern electro pop.

The group has been performing in Santa Barbara for the last two years at local bars, and the “Music Now!” showcase at City College. “Surprise Me!” released an eight-song debut tape two years ago. They recorded as soon as possible to get their music heard so they could book shows.

The band is currently working on their first studio record.