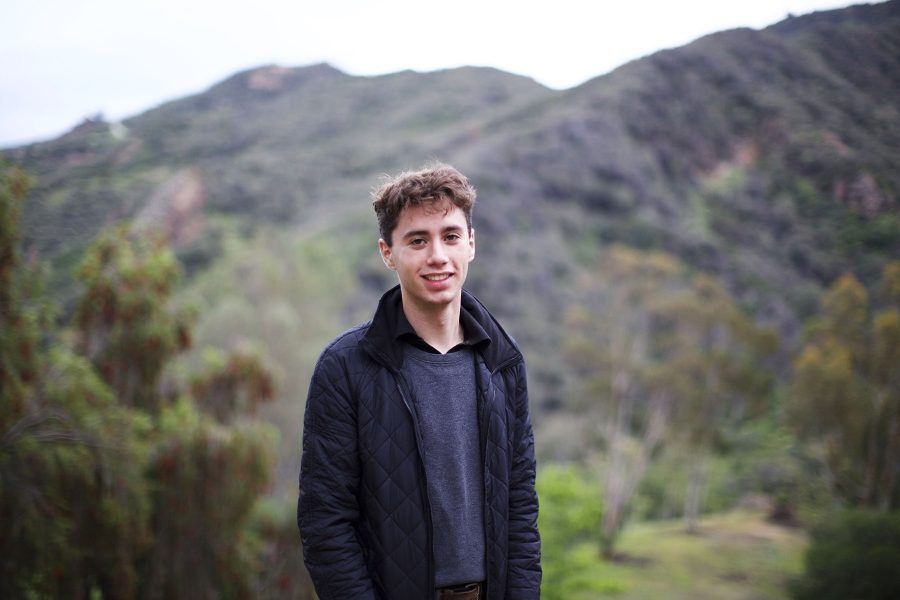 Raiman is a 19-year-old political science and philosophy double major who will take over for Isaac Eaves, the previous president.

“He is one of the most intrinsically driven and motivated individuals I know, and genuinely cares about SBCC, and the students here,” said Eaves.

The four aspects of City College Raiman wants to tackle in his time as president are: student empowerment, inclusion, collaboration and compassion.

“My job here is largely to be an unbiased facilitator, mediator and manager of the student senate,” said Raiman. “My goals and initiatives, and whatever ambitions I have, should never supersede those of the students and the other senators.”

While student empowerment isn’t much of an issue at City College, Raiman said there are a lot of students who don’t even know the student senate exists.

“Ignorance is a huge barrier to empowerment, and having a voice at all,” he said.

Raiman wants everyone to be included in the decisions and discussions that are taking place amongst the senate because it’s in the student’s best interest to be informed of what is happening around school.

“Students need to know that they have a senate, and are welcome to come voice their opinions,” Raiman added.

Raiman was born in Beverly Hills, California, and later moved to an area near Malibu, in the Santa Monica Mountains, where he attended Agoura High School. While in high school, he served on the Student Senate as the commissioner of community service.

Serving in that role, he put on one of the most successful fundraisers across the state for “Relay for Life,” even compared to identical events held at UC Berkeley and UC Los Angeles. The event, a fundraiser for the American Cancer Society, put him in charge of supervising 32 students, the event logistics, registration, hospitality and entertainment.

He also interned with Greenpeace in Oakland, something he described as “one of the most amazing experiences of [his] life.”

Raiman wants to mend the discrepancy between the community and the college, because he says drawing a distinction is a “fallacy.”

Raiman said that while the school contains many young adults looking to have fun, he thinks neighborhood issues could be resolved through better communication with one another. Involving the police results in hefty fines, an issue that has garnered much attention in light of the recently changed noise ordinance.

Next year he hopes to transfer to UC Berkeley to live in one of the world’s most diverse cities, San Francisco. Ultimately, Raiman wants to run for congress, after he finishes law school.

“Dylan is an intelligent and driven student, and I know he will succeed as the next ASG President,” Eaves added.