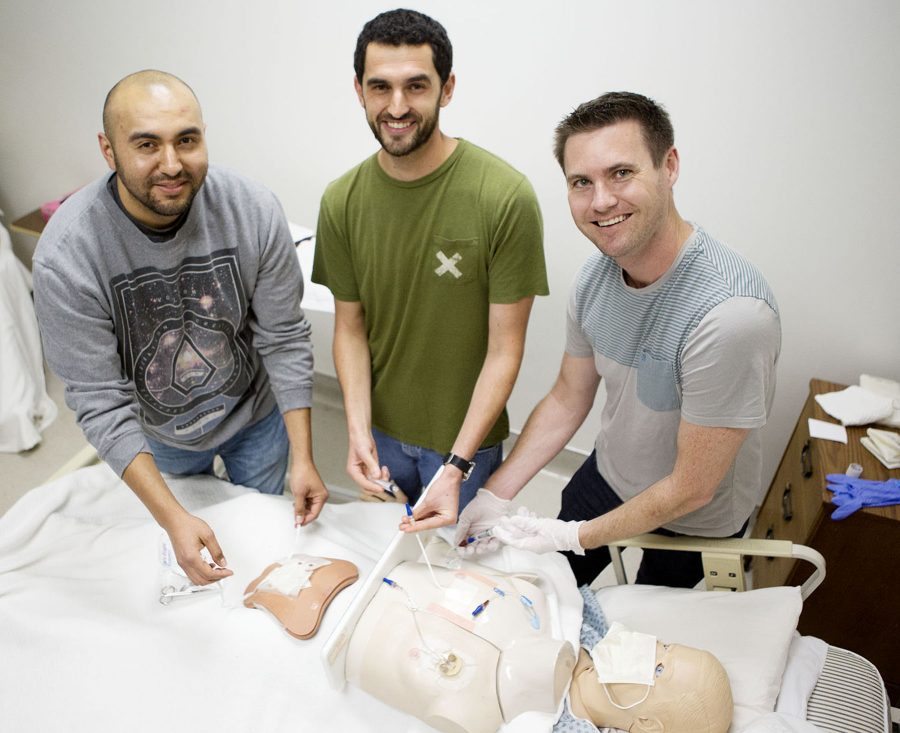 This semester marks the first for a new club on campus, Men in Nursing.

As the percentages of males in the nursing profession grow, so do the numbers of male students in City College’s nursing department.

Although the proportion of male nurses has more than tripled in the past few decades, making up an average of 10 percent of nurses, many people are still surprised when they meet one.

“People have a hard time grasping that this is actually what I want to do,” said nursing student and club member, Skyler Lyon.

Lyon has been working in Cottage Hospital’s emergency room for 10 years and is now in his third semester of the nursing program. The club is advised by City College nursing faculty member, David Martinez, who has recently retired after 30 years of working as a nurse at Cottage Hospital.

Both Martinez and Lyon expressed that they haven’t faced any stigma around becoming a nurse, but people’s surprise or confusion upon finding out their profession is common.

“Mostly it’s getting used to [the fact] that men are in the nursing profession,” said Martinez. “Most people outside the hospital are surprised when you say ‘I’m a nurse.’”

The club was started as a way to encourage more men to get into nursing, so the meetings are used to organize outreach.

Next semester, the club members plan to spread information about nursing jobs to students at local high schools and junior highs in order to attract more males to the nursing profession.

“I think that men are not aware of the opportunities nursing has for [them],” said Martinez. “Men like exciting work and nursing can provide that for the right male.”

Besides outreach, the club also plans ways to raise funds, which they use to travel to conferences, pay for their own graduation and toward serving the community. The club, along with the Student Nurses Association, donates their extra funds toward local organizations such as Pacific Pride, the EOPS program, and Starlight Children’s Foundation. This semester, they donated over $1,000 to EOPS’s on-campus food pantry.

Although the nursing field is mostly made up of women, men are still paid more. Statistics say that, on average, over $5,000 more is taken in annually by males, or one dollar to every 77 cents made by females.

Indeed these statistics are a cultural norm. The gender wage gap is, on average, about the same across all professions.

“Men tend to move up the ladder quicker, and a lot of it has to do with the administration,” said Martinez. “We don’t ask for that, it’s just the way it works.”

Within the nursing program at City College people of all genders work together, and the 18 men in the nursing classes help to balance out the 130 students.

“It’s just traditionally thought of as a female career,” said Lyon. “And it’s changing and that’s a good thing. Everybody should have the opportunity to do anything.”