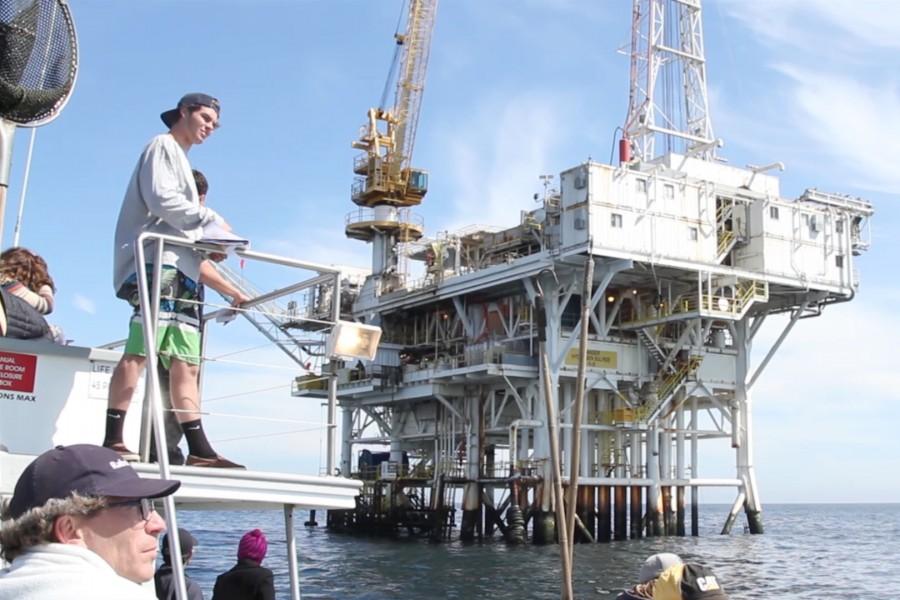 City College students and faculty aboard “Stardust” study the bubbles and sheen of natural oil seeps in the Santa Barbara Channel.

The field study was planned by Adjunct Geology Instructor Stephanie Mendes and the Earth Science Department after Venoco Corporation, a petroleum company that operates local oil rigs in the Channel, sponsored the trip. Geography, geology and oceanography students joined their teachers. Chris Peltonen, a Venoco representative, was on board as well.

Students discovered Platform Holly and its history and drilling process, along with geological formations in the Channel, with lectures given by Mendes and Peltonen.

Such knowledge gives a more well-rounded environmental perspective of Santa Barbara’s coast. About fifty percent of tar found on beaches come from local seeps that spout 4,200 to 25,000 gallons of oil a day.

This trip lets students experience what they learn inside the classroom in the real world. The department plans to have more trips similar to the one aboard “Stardust.”

Hopefully seasickness won’t deter anyone from another boat ride.