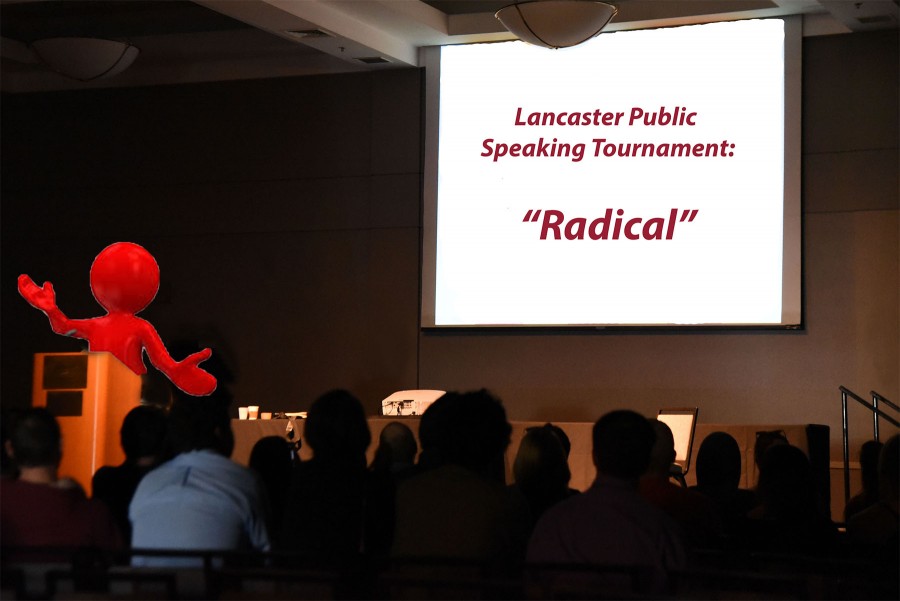 The tournament will have three intensive rounds of elimination. The top five speeches are presented in the final round on 7 p.m. Friday, April 29 at the FeBland Forum in the Business Communication building. The speeches are five minutes long and are presented with a PowerPoint presentation.

A panel of notable community members will serve as the judges. This year some of the judges are Madeleine Jacobson, President of the SBCC Foundation, and Randy Weiss, vice president of community relations for Union Bank. The winners will be awarded prize money ranging from $100 to $1,000.

The event is sponsored by the Foundation for SBCC, Union Bank and the Lancaster Fund. Communication Instructor Cameron Sublett is hosting and organizing the event with Student Advisors, Sanneskaer and Courtney Knudsen.

“This is an opportunity for everybody,” Sublett said. “This is the first year we’re leveraging technology to expand the reach of the tournament.”

Any student can enter the tournament by submitting a one-minute video pitch of their idea to Sublett by Friday, April 1. The pitches will be reviewed by Sublett and the Student Advisors and will be moved forward to the next round upon assessment. There were 270 entries last year from students in public speaking classes alone.

“I think that the theme radical speaks to a lot of people. And not only people in the communication department so I think we’re going to have a diversity reaching out to the whole campus,” said Sanneskaer. “And I think there’s a lot of good public speakers out there that are not necessarily in the communication program.”

The theme “radical” gives participants the opportunity to persuasively argue about a variety of topics.

“Be creative. Approach radical from your own perspective,” said Sanneskaer. “Of course radical means the uprooting of something but that something is whatever it means to you.”

Everyone from City College and the Santa Barbara community is encouraged to attend the tournament. Tickets are only available at the door and are expected to run out quickly. Audience members are entered in a raffle for prizes including candy, gift cards and Rubik’s cubes in addition to a night of persuasive speeches.