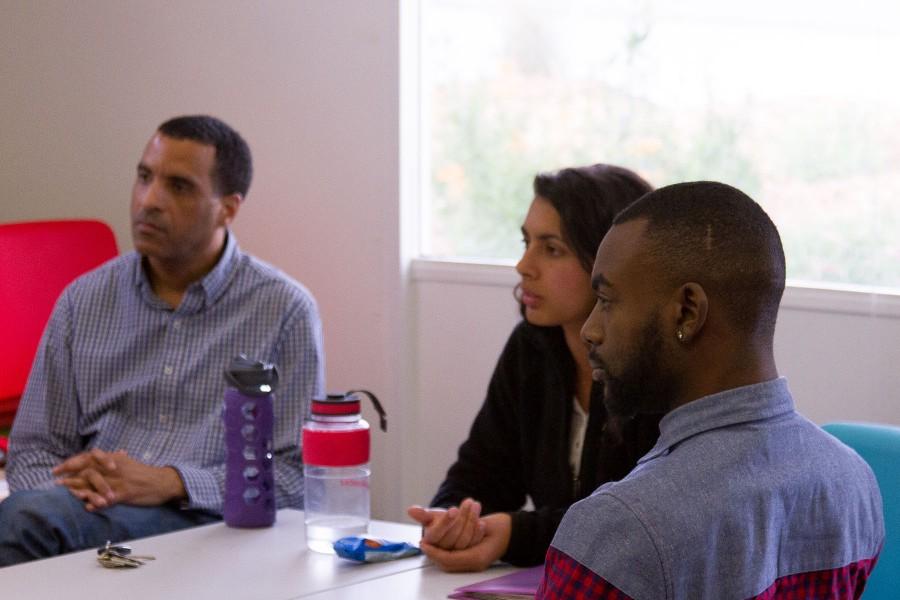 Santa Barbara City College’s Black Student Union is returning to campus this semester after a four-year absence caused by lack of student support.

“The hardest thing for us is getting people motivated,” said Jon Rodgers, the club’s secretary of affairs. “But it’s a lot harder to start a Black Student Union than it is to join one.”

Rodgers wants the union to create an environment that will unify the campus and address student concerns.

“We might not be able to solve every problem, but we won’t sit there and let you struggle,” said Armand Lozano, the vice president of the club. “We’re doing this to provide leadership in the community.”

Growing up in Santa Barbara, Lozano noticed a lack of support in the black community.

“The only time black people come together is when something bad has happened,” he said.

He hopes City College’s Student Union will become a platform resolve issues before they become serious.

“We don’t learn about the history of people with color,” said Chiany Dri, the President of the club. “All we learn about history is from a Eurocentric point of view but there are so many other cultures and ethnicities that we know little about.”

“Our culture is misused and misappropriated across mass media,” added Rodgers. “There are misconceptions about blacks that we want to get off this campus.”

Through education and discussion, the union hopes to accurately represent black culture and show a different angle than the media.

“We want to do a thing called black news,” said Rodgers. “It would be things we find newsworthy rather than being brainwashed by things like the Kardashians that aren’t relevant to us.”

The union has a number of events planned for this school year including collaborations with other clubs, like the Ethnic Studies Club, that will help connect with the community. The club is focusing on spreading awareness about the club’s return to campus.

“Club Day is big for us, it’s like a grand reopening,” said Rodgers. “We’re all fighting for the same cause and trying to bring the community together.”

Above all, the union aims to provide a supportive environment for the campus, offering leadership and guidance to anyone who needs it.

“What made me successful was finding people who supported me,” said Lozano. “Not let me tread water and drown. Not hold my hand but point me in the right direction.”

The union encourages all students attend their meetings and activities.

For more information on the Black Student Union, check their Facebook page and the City College American Ethnic Studies page.