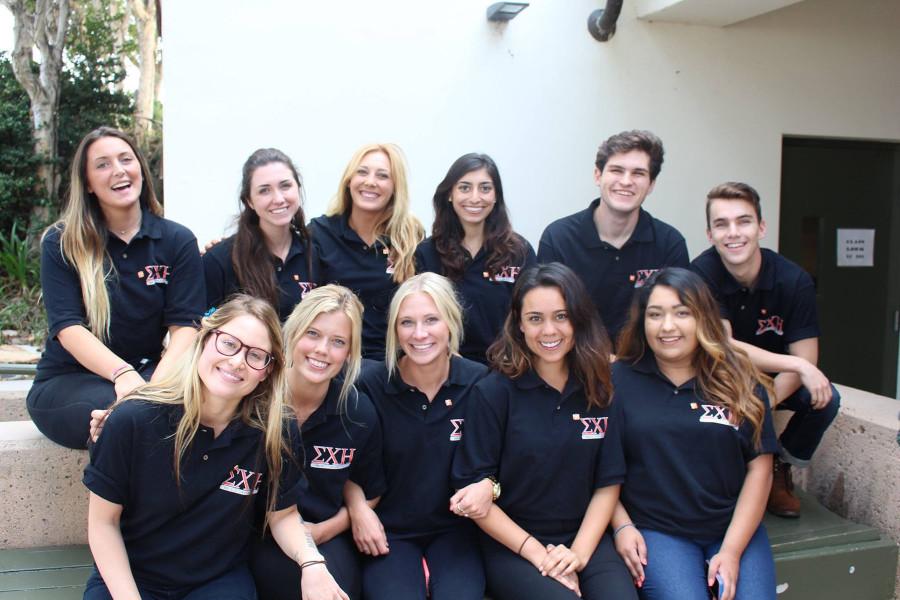 City College’s Communication Honor Society of the Sigma Chi Eta chapter received the National Chapter of the Year award, which recognizes them as the best chapter in the nation.

The National Communication Association award honored last year’s club members for their outstanding involvement and outreach event with Direct Relief International organization. This is the third time in the club’s 8-year history that it has won this award.

“The club is a way to make a difference in this world and make some things happen,” said club member Michelle Borman. “It’s such an honor to be receiving this award.”

During the 2015 spring semester, members of chapter worked closely with the Direct Relief International organization, a nonprofit group that is dedicated to strengthening the quality of health care nationwide.

The organization and the club hosted the “Gather and Give Back Coffeehouse 2015” event in the Business-Communication Building, which raised both funding and awareness about health epidemics and diseases.

Sara Hock, the faculty adviser for the club and City College communication professor, said the Ebola crisis really inspired the members last semester to hold an event in an effort to motivate other students to help people around the world.

“We are truly blessed to have the opportunity to work with direct relief,” Hock said. “A big part of what we do is make positive changes in our community, and the organization really helped us through this event.”

Laila Islamovic, the club’s publicist and officer, said the event had booths with information about how the organization helps during crises and presented ways that other students can get involved. Sigma Chi Eta also gave a PowerPoint presentation about the organization’s efforts to the Ebola crisis.

“It was a really successful event,” Borman said. “We ended up raising about $10,000 worth of medicine to send to countries experiencing disasters.”

The club has not officially decided who is going to be receiving the award in Las Vegas, but club leaders Islamovic and Borman will likely attend the National Communication Association’s annual convention on Nov. 19-22.

“Our trip all depends on whether or not [City College] is going to be funding our trip to the event,” Islamovic said.

Hock is currently seeking financial assistance from the college to make it possible for the members to attend the convention.

“It would be such a great opportunity for us to network with the other chapters at the event to see what they’re doing on their campuses and bring their ideas to ours,” Borman said.