From Peace Corps to professor—Spaventa retires after 23 years 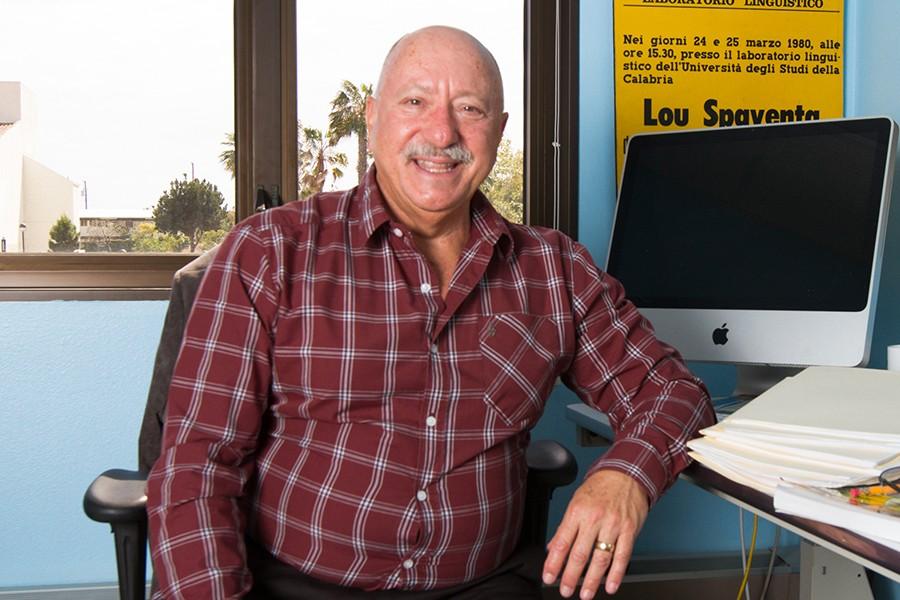 Lou Spaventa has taught at City College for 14 years and is finally retiring after this semester, Thursday, May 7, 2015, in Santa Barbara, Calif.

Upon hearing the story of Lou Spaventa’s journey as a teacher, it’s a very common occurrence to hear the phrase, “but that’s not the end of the story.”

Spaventa will be retiring from City College at the end of this semester after teaching here for 23 years. Yet, his whirlwind career as an educator started long before he ended up here, when he was just a student himself.

“Way back when I was an undergraduate, an instructor said to me, ‘You know, you should be a teacher,’ and my reaction was, ‘God help me, no,’” Spaventa said.

Spaventa calls himself “a professional student” which only makes sense considering he has a bachelor’s degree, two masters and a doctorate after attending six universities. Yet, it was never part of the plan to become a teacher and, surprisingly, it all began in the Peace Corps.

“I wanted to join the Peace Corps because I was pretty socially active,” Spaventa said. “Not in, you know, the fraternity way, but in the social change way.”

After marrying his wife, Marilynn Spaventa, who is a dean of math and sciences as well as a professor here at City College, they returned to Korea as part of the Peace Corps together. Following Korea, the couple travelled with their growing family to Saudi Arabia, Yugoslavia, Washington D.C., England, Hawaii and North Carolina.

Their family was constantly traveling until Mrs. Spaventa was offered a job at City College. They’ve been here since 1992.

“Marilynn got a job that she liked, and it was about time she did something and I followed,” Spaventa said.

At City College, Spaventa taught English skills, but he is most proud of his role in the creation of the Teaching English as a Foreign Language (TEFL) program, which helps students who plan to go abroad secure a job as a teacher.

“There are students with A.A. degrees, or not even, that have gone abroad with this little piece of paper and gotten jobs,” Spaventa said.

Mrs. Spaventa will continue to work as a dean and professor at City College, but is extremely proud of her husband’s accomplishments here.

“He is so creative with what he brings to the classroom, he never does the same thing twice,” she said. “He’s always shaking it up and that’s not true of everybody.”

Spaventa hopes to dedicate more time to his music and write more. Of course, more traveling will be in store for the family as well.

Check out The Channels’ commencement coverage 2015:

A voice of new beginnings to highlight commencement