A voice of new beginnings to highlight commencement 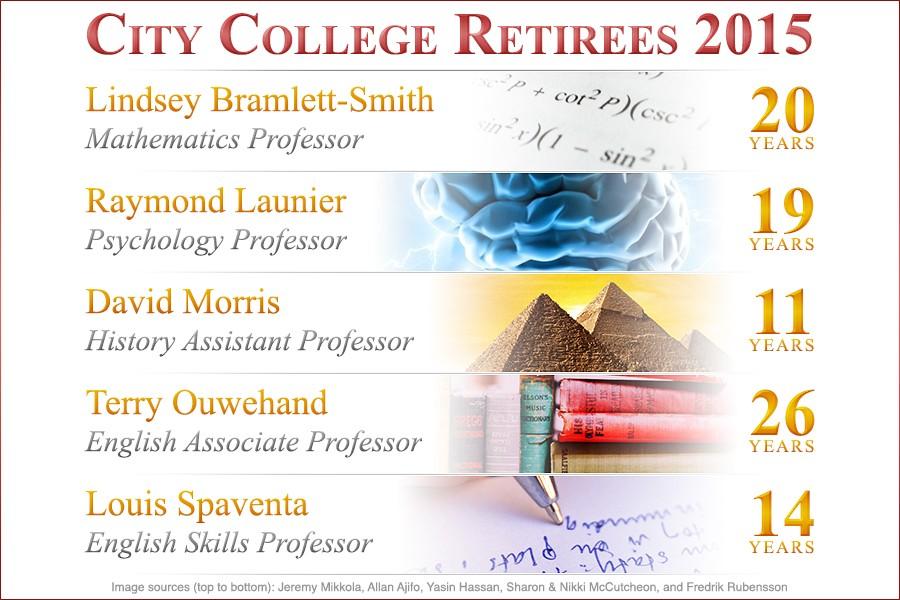 Desiree Sulzmann says she is what City College is all about: getting second chances.

As this year’s student commencement speaker, she hopes to inspire students who came to the college looking for a fresh start.

Sulzmann was sent to rehab twice before she learned how to drive a car, an experience that she said tainted her reputation in the suburb of Chicago she called home.

“When you have a reputation at 14 when you come into high school, that really doesn’t leave you,” she said. “I wasn’t motivated in high school because of what I had set up for myself, which is why the fresh start here was so important.”

As a student in Cameron Sublett’s Public Speaking Honor’s course last semester, her professor noted her work ethic, drive and commitment. He then nominated her to speak at graduation because of her public speaking history and enthusiasm for learning.

“She has a deep passion for learning and personal improvement,” he said.

In high school, she was captain of the debate and varsity dance teams but found her calling while speaking at the school’s board meetings and protesting with teachers during contract negotiations in her hometown. She even lobbied with her superintendent to pass a bill for school funding.

Sulzmann plans to become a lawyer to practice civil law in domestic violence and sexual assault cases and work in legislation reform.

“I chose my career path because of the experiences I had in high school,” she said. “I just have a really strong passion for making sure that everybody’s voice is heard.”

At the end of her first semester, she earned a 4.0 grade point average, joined the honor’s program and took a job as a reader for sociology. Sulzmann also landed an internship in Sacramento through the political science department and planned the annual trip the following semester.

“It was seriously one of the best experiences that could have happened to me here at City College,” she said. “I learned so much having to plan that internship.”

She said that political thinking with Dr. Manoutchehr Eskandari-Qajar was her favorite class and she will never forget the friendships formed from being on the Phi Theta Kappa leadership board.

“I met a lot of people with like-minded interests that ended up being really great friends that helped me through a lot,” she said. “We helped each other, they became a really great support system for me.”

Her parents, Thomas and Becky, will attend the graduation ceremony but she hasn’t told them that she will speak.

“They’re my best friends now and I owe them everything in the world,” she said. “I thought it would be a good surprise because I’m going to spend a good part of my speech thanking them because they are honestly the sole reason that I’m even able to be in college.”

If there’s one thing she hopes people take away from her speech it’s that everybody deserves a second chance.

“No matter where you came from, or what you’ve experienced, or the expectations you had for yourself — those things should never hold you back,” she continued. “Everybody that’s going to graduate has something to be extremely proud of.”

Sulzmann will deliver this year’s student commencement speech at 5 p.m. Friday, May 15, at La Playa Stadium.

Check out The Channels’ commencement coverage 2015:

From Peace Corps to professor—Spaventa retires after 23 years