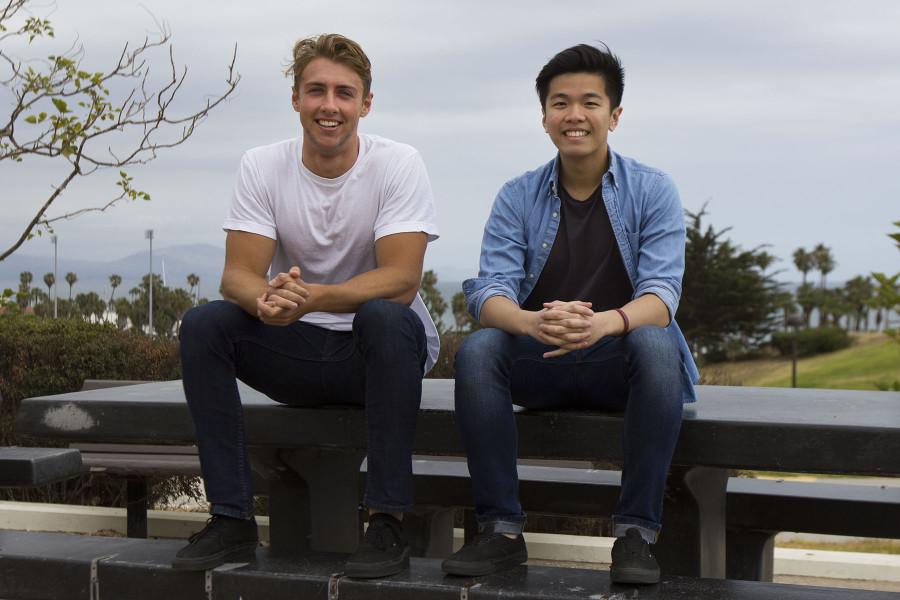 Trevor Leung and Andre Hale, founders of the new Young Entrepreneurs club, are having their first club meeting Thursday, April 23, on West Campus at City College. 'We want to provide entrepreneurial skills that the school doesn’t offer,' Leung says.

Students who want to experience the world of entrepreneurship in a fun and social setting can now join the new Young Entrepreneurs Club at City College.

Trevor Leung and Andre Hale, two students from Australia, wanted to join a business club last semester but found that none were actually active on campus.

“When we came here for fall semester we wanted to join a business club,” Leung said. “I went up to the officer of student life and they did not find a meeting location yet so they said they would email me about it but they never found one.”

Leung and Hale shared ideas to form a new club focused on entrepreneurship.

“We decided to start our own club. First we wanted to see who was actually interested about joining one,” Leung said. “So we made a survey to throw it around and see if we could catch anyone.”

They handed out the survey in business, engineering, graphic design, music and science classes.

The first meeting was last Thursday where members and the founders met each other for the first time. The club attended the Santa Barbara Business Expo last Saturday.

“We are focusing on basically networking this semester,” Leung said. “We want to do actual bigger projects in the future so we can show employers or four-year universities that we do impressive events instead of just a more social thing.”

Next semester they plan to change the theme from networking to another important aspect in entrepreneurship.

Hale said the club does not meet weekly but plans to have and attend multiple engaging events throughout the upcoming fall semester.

“We have four main goals,” Leung said. “The first is to help out members to get in to four-year colleges. The second is to transfer college skills into entrepreneurship skills. The third is to have members build up connections in their field of study. And the final is to provide entrepreneurial skills that the school doesn’t offer.”

The adviser of the club is Julie Samson, the director of the Scheinfeld Center for Entrepreneurship, who directs the founders in creating a successful club.

The first meeting was an exciting gathering for the members. Ideas such as creating a Facebook page or other form of social media were discussed to keep each other up to date and to stay engaged.

“I want to expand my connections and improve my resume,” said club member Viktor Torn. “Also I want to meet new people who are interested in the field of entrepreneurship.”

The two Australian founders are not just students. They are truly passionate and inspiring for those who want to take chances and get most out of their education.

The founders of the club are entrepreneurs themselves and hope to share their experiences with members.

Hale, who is 19, recently started his own business called Alpha Only, a fitness fashion clothing line.

The 22-year-old Leung said he wanted to take every opportunity the college has to offer, so he decided to become a student senator in the Associated Student Government.

The founders are looking forward to the fall semester. They have many ideas in mind to create an informal and inspiring club on campus.