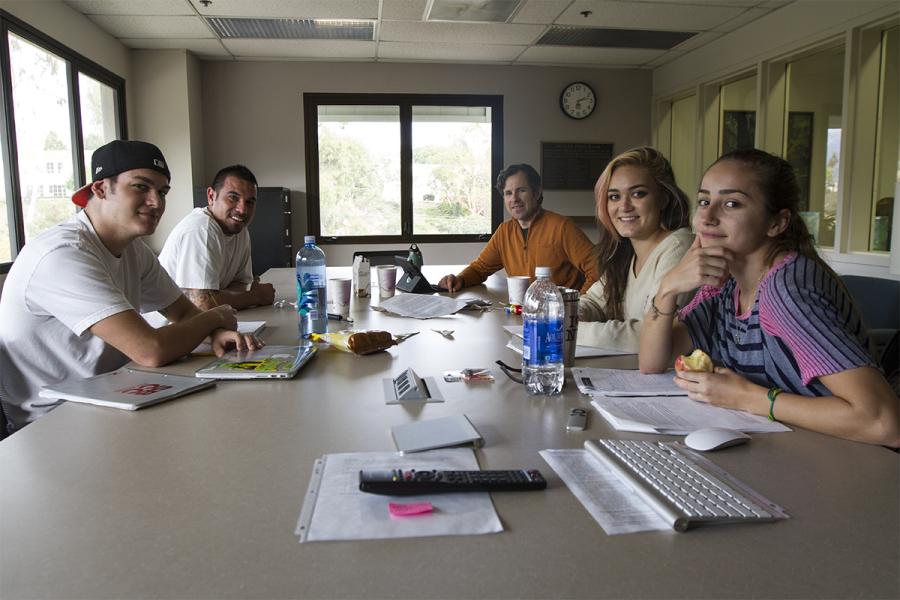 With teams driving up from San Diego State University and down from San Jose State University, City College will host 18 teams from 15 different colleges in California for the first regionals to be held in Santa Barbara.

In previous years City College has had enough members to form two Ethics Debate teams to compete but this year with only five students, Santa Barbara is still confident one team can hold up their reputation.

“The team has a good attitude and get along well,” said Professor Marc Bobro. “But they are feeling the pressure and doing last minute cramming.”

Coaches, Bobro and Professor Manuel Raya, have been preparing their team for the 12 possible ethically driven cases that could be presented to them this weekend for the entire semester. Team members Lauren Sousa, Alyssa Whorton, Trace Massa, Desiree Sulzmann, and Nikki Lani will be matched up against three different colleges over the course of the competition.

“Manny and Marc have really prepared us in previous classes we’ve had with them, and we’re taking the time to get prepared before the competition,” said student and team member Desiree Sulzmann. “Going over cases and making sure we have notes for all the cases organized and ready to go.”

The California Regional Competition consists of a minimum of three rounds before finals and semi-finals with each round covering two of the possible 12.

These cases vary “from contemporary moral issues, a contemporary issue having to due with ethics,” said Bobro. “All of which the team’s been studying intently for.”

A distinguishing factor of Santa Barbara’s Ethics Team in particular is its focus and willingness to attempt to incorporate most members of the team in each case debate. “We really try to make sure everyone has a voice when we know and are confident about something,” said Sulzmann.

Though the speaking of all team members is not required by The Association for Practical and Professional Ethics to win, Professor Bobro believes that it should be part of the criteria. “Teams that have one member just speak should be docked ‘spirit points,’” joked Bobro.

With the coaches confident in the construction and capabilities of their team members, they believe City College has all the bases covered for one well-rounded team this weekend.