Schedule nightmares: planning for a future with 24-hour notice 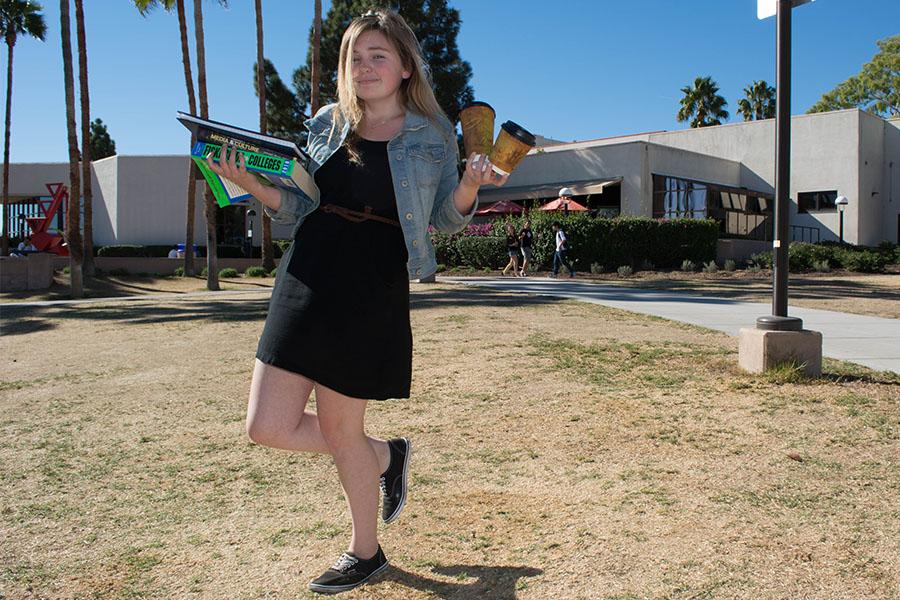 It’s a Thursday and classes for the week are finally finished. As you get home, you get a call from that one person from your group project that you hate.

“Hey, we need to finish the project and the only time we can all get together is Saturday. If you don’t come, we aren’t putting your name on the project.”

You have to go, but then you remember one thing.

You won’t get your schedule for the weekend until Friday night.

Many students are faced with the challenge of balancing full-time work and school. Although tough, it is necessary. How else are students going to pay for classes, books, beer, etc?

Like many other City College students, 19-year-old journalism major Savanna Mesch deals with this challenge. A barista at Mesa Verde taking 13 units, Mesch knows what it’s like to juggle multiple schedules.

“Throughout the semester when you’re working a lot and have assignments due, it’s almost like you clock out of one job and clock back into another,” said Mesch. “I wish I could get paid for going to school sometimes.”

Going to school Monday through Thursday and working four to five days a week, Mesch constantly looks for ways to have a life outside of the schedules.

“That’s the thing about working and going to school full-time,” said Mesch. “It’s really hard to find time to do other things you really enjoy.”

After moving from Idaho to Santa Barbara a couple years ago, Mesch found that the school and work combo is even more necessary for students coming from out of state.

“When you’re paying out-of-state tuition or your own rent, you have no choice but to work,” she said. “Especially because it can be harder to find scholarships when you’re not from the area.”

Mesch works so she can live “how she wants” and save for when she transfers to a four-year school.

“I basically just get by on scholarships, loans, and working all the time,” said Mesch.

Although it may be tough, Mesch claims that the excess of work can also help. She keeps on track by maintaining a strict schedule.

“When you’re working and going to school you’re a lot more motivated to get your things done,” she said. “Mainly because afterwards, you know you have an assignment that’s going to be due even though there isn’t much time to complete it. It forces you to get your stuff done, rather than thinking you’ll be able to do it at 11 the night before it’s due.”

Saying you’re going to get that essay finished is always easy. Carving out a block of time in your schedule to actually complete it… that’s the trick.

Everything comes down to planning. Mesch said that if students were given a set work schedule, problems wouldn’t arise as much.

“If bosses gave out schedules two weeks in advance, it would make things so much easier to plan,” she said. “Especially when going out of town.”

With spring scheduling coming up, many students have to decide how they will approach another semester of conflicting schedules.

“I’m planning my schedule right now,” says Mesch. “There’s a class I really want to take, but the problem is I usually work that day.”

“Like everyone else I just wish there was more time in a week.”

Another student going through this is 19-year-old Tom Childers, who works at Blenders in the Grass. He currently is undecided on a major.

“I deal with balancing school and work by putting my education before anything else,” he said. “I design my school schedule so I’ll have enough time for school and the work that accompanies it, but also so I have ample time for my job.”

Childers works Friday through Monday and has classes Tuesday through Friday.

“I don’t have too much free time other than late nights, but that’s perfect for me,” he said.

Like Childers, Mesch takes that minimal amount of time and tries to get the most out of it.

“The hard part is learning to have fun, while doing all of it,” says Mesch. “The thing that helps with all of that are the people you go to school with and the people you work with.”

“Its hard, but you’re all going through it together.”