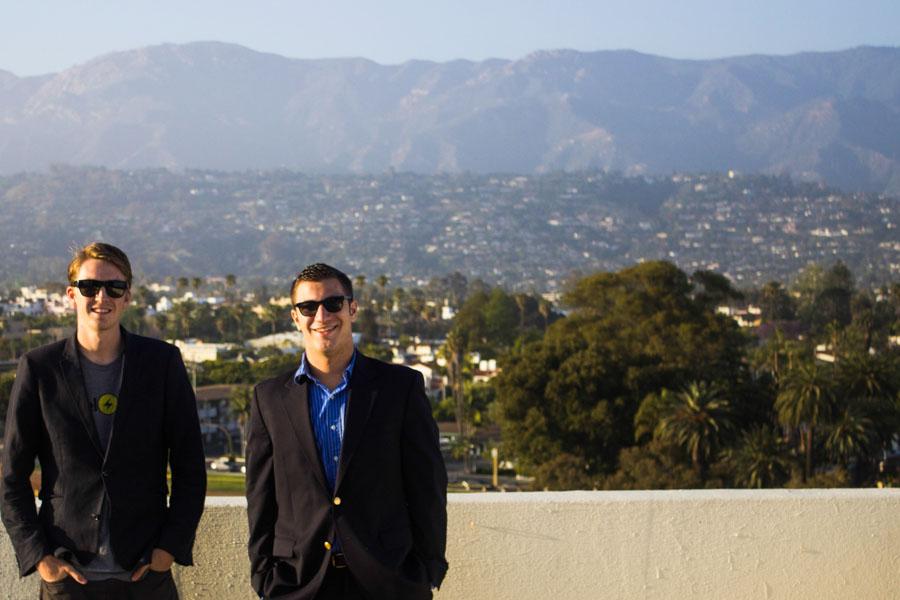 Cell phones die, and when people are deprived of technology they desperately search for a vacant outlet —now there’s a solution.

FuelBox’s self-titled product provides the compatibility to charge any and all mobile devices from a stationary dock that replaces traditional electrical outlets.

“As a part of our initial launch, we’re going to be donating FuelBoxes to a majority of the popular locations of City College,” Friedman said. “It’s for the students because there are a few times I’ve left school just because my phone wasn’t charged when I should’ve been—studying maybe? Everyone we’ve talked to say it’d be helpful.”

City College will be the first school to have this technology available. Feedback from City College students will aid in future improvements. They plan to expand to other local schools and eventually across the nation.

The Scheinfeld Center has its own internship program that partners with entrepreneurial businesses in the Santa Barbara area. The Director of the Scheinfeld Center, Melissa Moreno, explained the impetus for the program was the economy crashing and nobody hiring.

“We were a part of the Schienfeld Center’s ‘SIFE’ program which now has been renamed ‘Enterprise Launch’,” Friedman said. “Fast forward two years and here we are at our own headquarters in the Funk Zone.”

Equipped with business skills and headquarters two blocks from the beach, City College students have an opportunity to intern with two knowledgeable examples of the Scheinfeld Center’s success.

“I love placing students in an entrepreneurial start-up because there’s so much going on at once, they get a lot of great experience,” Moreno said.

FuelBox has hired interns in the past and they were significant in the development of the company. Some of the interns have moved on to ventures of their own after their exposure working from the ground up.

“When we participated in the programs, we were so early (with FuelBox) that they (judges) didn’t really believe in us,” Herr said. “We got like, second…or third in the Enterprise Launch class, then competed in the New Venture Challenge and didn’t even place. The judges were like, ‘great idea but you guys aren’t going to do it’.”

Despite not placing in the New Venture Challenge, they proceeded to work on their idea knowing that their aspirations require patience and persistence. Failure is an inevitable aspect of entrepreneurship so their incorruptible motivation was a necessary tool for their dream. Adversity gave FuelBox’s co-founders the extra push to succeed.

“It taught us a lesson right out of the gate; you can’t be afraid of people saying you can’t do it because you will get that all the time,” Herr said. “Perseverance is the biggest thing in a business start-up,” Herr said. “There’s always someone betting against you—there’s a bunch of haters out there.”