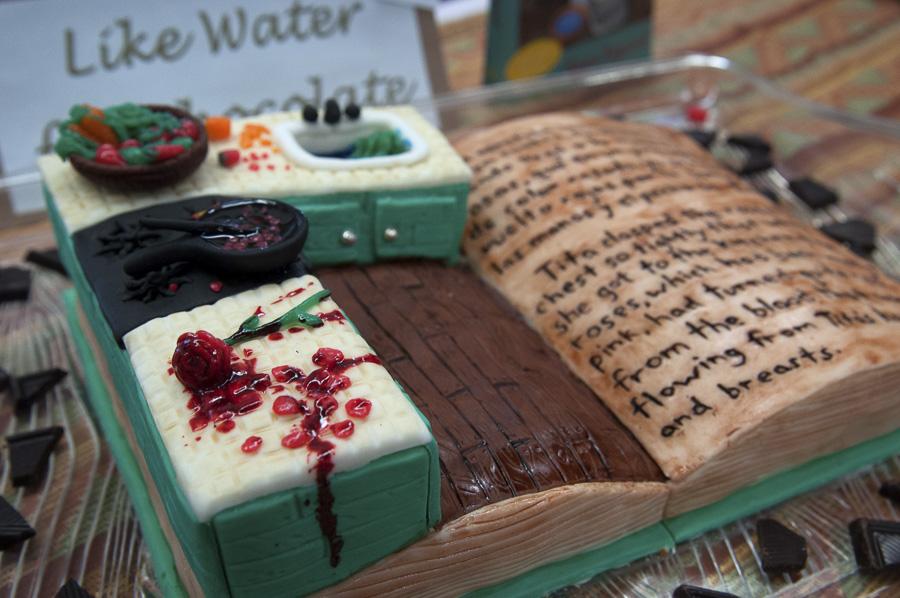 On Aprils Fool’s Day, the Luria Library was filled with 19 colorful and tasty edible cakes inspired by stories from famous books.

Some cakes looked tastier than others and were more creative, while others had a simple design yet equally clever.

Excitement filled the atmosphere and nine students competed for an original and delicious cake.

Two student competitors, Natasha Mendoza and Lauren Peikert, said they don’t see each other as rivals and competed in the festival for fun.

Faculty, previous competitors and librarians judged the cakes. After viewing and having a small taste test, the winners were announced. There was a total of seven categories and at the end of the festival the attendees ate the cakes.

The winner of the Most Creative category was inspired by Roald Dahl’s book “Charlie and the Chocolate Factory.” Natasha Mendoza, 20-year-old culinary arts major, said she was excited for winning the category. Her smile brightened the Library when her name was announced.

“It felt like I was going to pass out. I was so nervous,” Mendoza said.

This was Mendoza’s first time attending the festival and the creative cake competition was her first project of this kind. It’s impressive for a first semester City College student to win. Judges said her cake was delicious and represented the book.