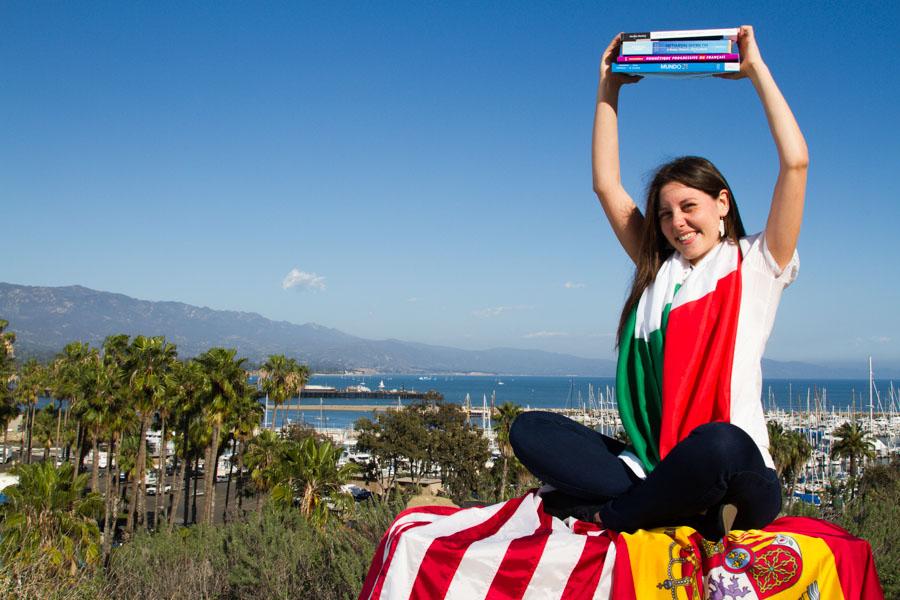 When a foreign exchange student began her studies in America to learn English, the beach and sunny weather made learning four more languages appealing.

Veronica Ghisoni, 21, is pursuing to learn new languages while speaking her native tongue of Italian. She quickly caught on to the English language once in California and now tutors Italian to City College English-speaking students.

“I really loved teaching others,” Ghisoni said. “I maybe want to be a teacher.”

Ghisoni grew up in Genoa, Italy, one of Europe’s largest cities on the Mediterranean Sea. She moved to California in January 2013.

Despite the thick accent, Ghisoni sounds American with her fluent abilities in speaking English.

Set to graduate in May 2015 with her Associates Degree in European Languages, Ghisoni said she has had a positive experience in America.

Ghisoni plans to learn English, French, German and Spanish, while perfecting her Italian.

Ghisoni credited the program Education First, for making it possible to travel to American.

Education First is a program that offers English courses at City College for students abroad.

Ghisoni took the English placement tests for the program and was quickly enrolled in English classes at City College.

Ghisoni said has had fantastic professors at City College and loves teacher’s office hours for the one-on-one study opportunities.

“Ms. Ghisoni is a dedicated, well-organized and focused student,” said Sonia Zuniga-Lomeli, Ghisoni’s Spanish 103 teacher. “She is eager to learn and dedicates the necessary time to do excellent work.”