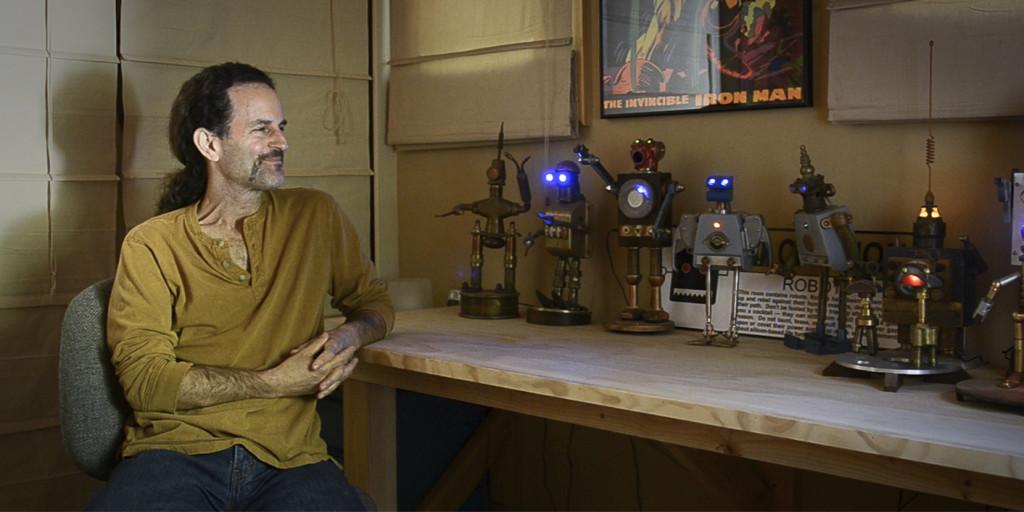 An old, degraded microphone, a broken fire alarm and other dingy-looking scraps are what most people would consider junk.

Thousands of pieces just like these are discarded monthly in metal scrapyards where Tal Avitzur found himself searching for brass, bronze and copper objects to embed into his kitchen counter and add to the artistic design of his home in San Roque.

While searching through the rubble for countertop objects and other possible additions for his housing remodel, he found himself growing fond of the worn metal, and began collecting it

“I knew that if I did not take them home they would be smelted and lost forever,” Avitzur said. “Thus began my obsession with collecting retro junk.”

When his collection grew too large to handle, Avitzur decided he had to make something out of his bounty. With a self-proclaimed “mind of a seven-year-old,” and inspiration from an upbringing on comic books and science fiction, it’s clear to see why he chose robots.

The sculptures each have a distinct look to them and take Avitzur as long as a week to multiple months to create, depending on whether he has the “right piece” needed to finish.

Recently, he has decided to begin selling his creations with prices beginning at $650 on his website, www.talbotics.com.