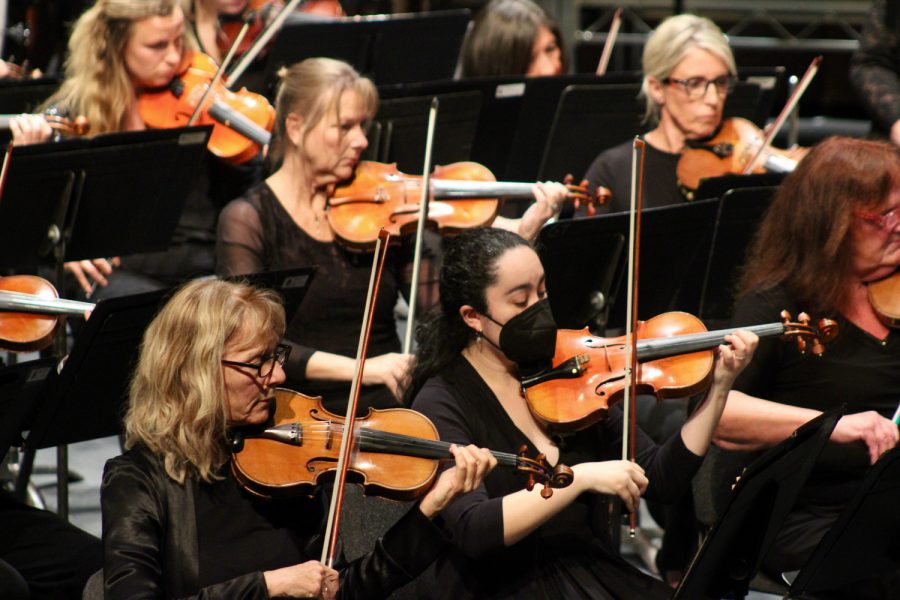 The violin section plays during the first-ever live performance of "A Day in the Life" by symphony member Scott Lillard on Sunday, April 24 at City College’s Garvin Theatre in Santa Barbara, Calif.

After a semester of semi-online and semi-in-person instruction, City College’s community symphony orchestra came together to showcase what its members had been working on all semester in a performance on Sunday, April 24 at City College’s Garvin Theater in Santa Barbara, Calif.

Led by music professor James Mooy, this band features students, teachers, and staff from City College and also includes local pros and has been recognized for its excellence in the past.

The orchestra treated the crowd to a night of musical magic that won’t soon be forgotten.