Editor’s List: Hispanic figures who influence and embolden our lives 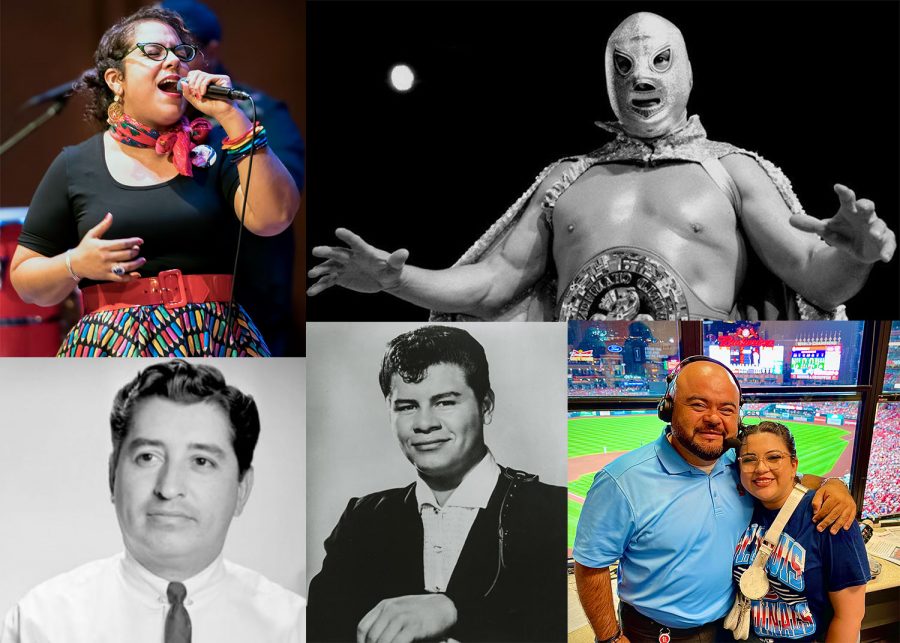 Hispanic Heritage Month coincides with the Independence Day celebrations of several Latin American nations. The observation started in 1968 under President Lyndon B. Johnson and later expanded to cover a 30-day period under President Ronald Reagan in 1988. It was enacted into law on Aug. 17, 1988. The day of Sept.15 is significant because it is the anniversary of independence for Costa Rica, El Salvador, Guatemala, Honduras and Nicaragua. Mexico and Chile celebrate their Independence Days on Sept. 16 and 18 respectively. 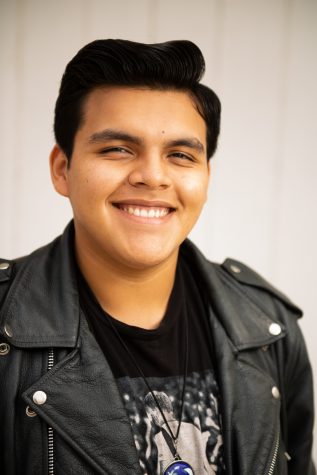 More than 50 years after the death of journalist and activist Ruben Salazar, his legacy still inspires and fills La Raza with pride. Born in the city of Juárez, Mexico in 1928, Salazar grew up in El Paso eventually making his way to the LA Times. Salazar had many firsts. He was the first Latino columnist for the Times and was the paper’s first international correspondent and foreign bureau chief. During his time as a columnist, he was also the news director for the Spanish-language television station, KMEX. Among the political figures Salazar interviewed, notable ones include President Dwight D. Eisenhower and Robert F. Kennedy. The death of Salazar still has controversy today. On Aug. 29, 1970, he covered the National Chicano Moratorium Against the Vietnam War. The demonstration began as a peaceful protest against the number of Mexican-American casualties in the Vietnam War but ended in chaos and the death of three people, including Salazar. He was struck by a tear gas canister from an LA County sheriff’s deputy in the Silver Dollar bar. Journalists of color today still fear for their lives from law enforcement and the public when covering protests and political events, as seen through the coverage of the Black Lives Matter protests and the Jan. 6 insurrection. Although these challenges remain prevalent, the impact Salazar had on the industry has influenced generations of Chicano journalists and will continue to for years to come. Salazar defined what it means to be Chicano by simply saying, “A Chicano is a Mexican-American with a non-Anglo image of himself.” 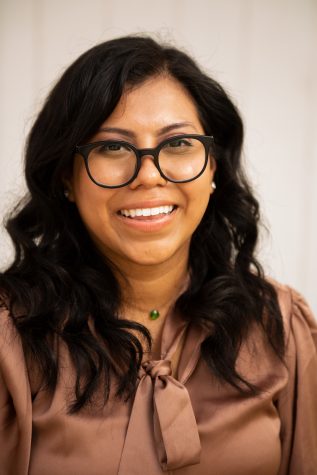 Marisol “La Marisoul ” Hernandez is the lead singer of the Grammy-award-winning band La Santa Cecilia, a band that infuses traditional Latin music, Mexican heritage, and modern rock. Music journalists have coined the band’s highlights as “the three B’s”— blues, boleros and bossa. Known for her soulful and versatile voice, Hernandez sings from the depths of her heart about how proud she is to be Mexican-American. She sings, “Por mi madre yo soy Mexicano, por destino soy Americano. Yo soy de la raza de oro. Yo soy México Americano,” covering the song “México Americano” written by Chicano activist Rumel Fuentes. The Los Angeles native, got her start singing on the historic Olvera Street, a tourist destination where a vibrant Latino community thrives. Here, she met accordionist and requinto guitarist, Pepe Carlos and began performing with him. Her involvement with her community is greatly recognized in her music, writing songs expressing the hardships of immigration and the bicultural experiences as well as the backlash one faces as a Mexican- American. In an interview with ABC News, Hernandez explains how her cultures influenced her music, “During the week, we would go to school and we’d listen to Nirvana and The Ramones and The Doors and we were really into alternative music and rock and all that. And then during the weekends, I’d put on my Mexican skirt and outfit, and he would wear his guayabera, and we’d be singing boleros and rancheras on Olvera Street.” The frontwoman of La Santa Cecilia has shaped me to be the musician and singer I am today.  I now cover Los Panchos’ “El Mar y Cielo” and Paramore’s “I Caught Myself” understanding that music can truly express my cultural identity and make me proud of it. 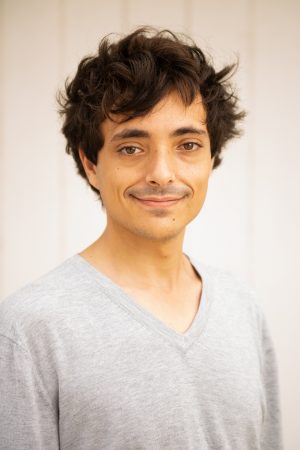 A self-taught singer, guitarist, pianist and percussionist, Ritchie Valens is one of my musical heroes. Valens is colloquially known for his pop hits “La Bamba” and “We Belong Together.” Along with fellow rock legend Buddy Holly, whom he collaborated with regularly, his guitar riffs and melodic lines are what shaped modern music. When music lovers listen to modern radio, they hear Valens’ influences in today’s new music. Originally from Los Angeles in 1941, Richard Steven Valenzuela was among the first generation of his Mexican family to be born in the United States. Valens has always been an inspiration to me. The simple musical themes and self-taught style are what inspired me to start playing music originally. His songs make playing and creating music seem possible for everyone. I love his easy-to-learn melodic lines. His signature single-note soloing and folk-style rhythm on his electric guitar is what sets him apart from other musical greats of his time. Unfortunately, Valens was taken from us too soon and died from a plane crash, at age 17, while on tour with fellow icons Holly and J.P. “Big Bopper” Richardson on Feb. 3, 1959. This crash and subsequent death of these rockers left an emptiness in popular culture that could not and would not be filled ever again, known as “The Day the Music Died.” His recorded works laid a firm foundation for what pop culture would unfold into, leaving traces in today’s modern music. 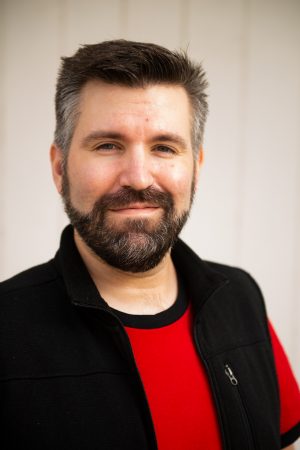 While the name may not be immediately familiar, the image of him clad in his ever-present silver mask as ‘El Santo’ is instantly recognizable. In the world of professional wrestling, the Mexican lucha libre style is renowned world-over for the eye-catching masks and superhero-style presentation of the luchadores, and El Santo was the first. For nearly 50 years in the ring, he won multiple championships as well as enjoying unbeaten success in “luchas de apuestas” — matches where competitors would suffer the humiliation of either losing their mask or hair in defeat. Part of El Santo’s mystique was the lengths he went, including always wearing his mask in public appearances, to ensure that his personal identity was never known. This allure led to the creation of a comic book series that ran for 35 years, as well as starring roles in over 50 movies. In each, El Santo would be battling everything from criminals to supernatural creatures, adding to his superheroic standing. Professional wrestling is an inherently goofy medium, made all the more entertaining when mixed with comic book-style monsters and villains. The fact that a luchador could transcend the sport to become such a significant and beloved part of pop culture, all the while maintaining the secrecy of who he personally was is something I’ve always appreciated. Odds are, whenever you see a general depiction of wrestling featuring a masked luchador, it’s likely based on the legendary El Santo.

Born in Tijuana, Mexico, Polo Ascencio enters his sixth season as the Spanish play-by-play announcer for the eleven-time World Champions St. Louis Cardinals. He became the first Spanish play-by-play broadcaster in Cardinals history on Sept. 29, 2016, in a game that ended in dramatic fashion with a Yadier Molina walk-off single over the Cincinnati Reds. He began his broadcasting career in 2004. Starting in radio and eventually moving onto television in 2006 as the sports anchor for a local Univision channel while doubling as the night custodian for a nearby school. Ascencio was a producer/reporter for the Los Angeles Dodgers and Time Warner Cable, from 2008 to 2014, where he created and hosted “Cubriendo Las Bases.” In the winter of 2014, Ascencio was the play-by-play announcer for the Aguilas de Mexicali in the Mexican Baseball Winter League. For the 2015 and 2016 seasons, he served as a producer and statistician for both Spanish and English radio alongside MLB Hall of Fame members Vin Scully and Jaime Jarrin. Today he and his fellow color commentator, and former player, Bengie Molina are taking the broadcasting world by storm with their continuous iconic calls as the Cardinals heat up in the race to October’s postseason. Attracting Spanish-speakers and those who simply love the commentators’ passion when calling the games, people from all corners of Latin America are dialed into their broadcast. Reaching audiences all the way from Colombia, Venezuela, Puerto Rico and Mexico just to name a few of the distant places that hear the echoes from Busch Stadium.