Editor’s List: Favorite stories from our time on SBCC’s The Channels 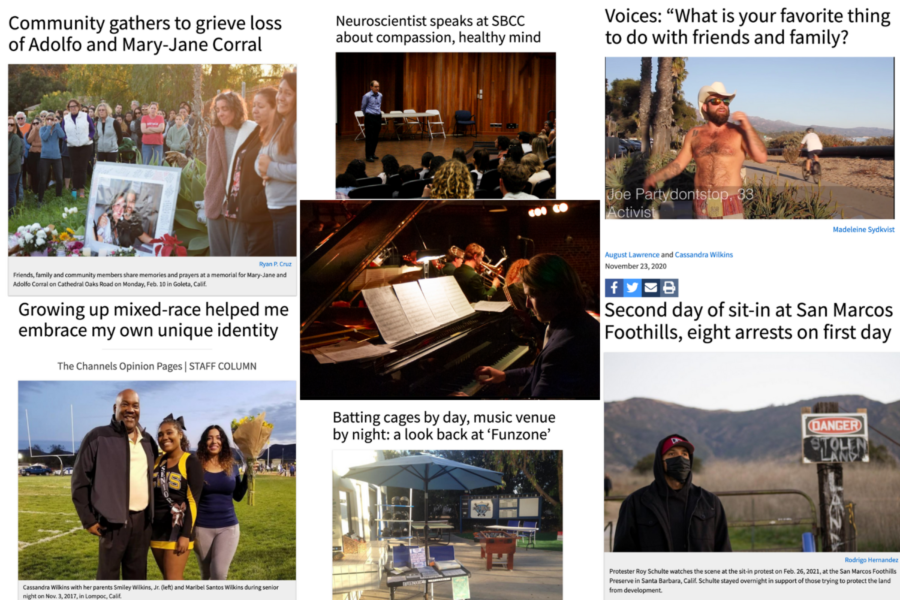 Photo illustration of The Channels editorial board's favorite stories over the years.

As the semester comes to a close, most of the editors are saying goodbye to The Channels as well. Although this past year has been unbelievably unique, we also have memories from reporting before COVID-19 that we can look back fondly on. This week, The Channels Editors reminisce about their favorite story that was published on The Channels either before or after COVID-19. 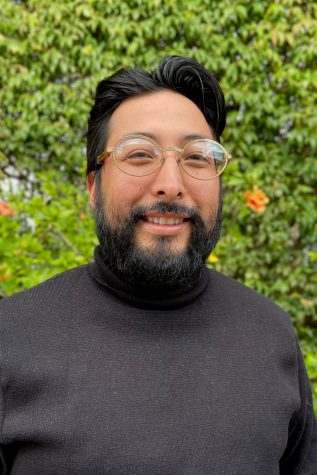 Working for The Channels the past two years has been an amazing experience. I’m so thankful to have found my passion for journalism through real-life reporting. What stands out to me most about this program were the many lessons I learned through this hands-on experience. I’ve helped cover the 2019 Santa Barbara City Council election, district assembly race and this past year’s Board of Trustees election. Each time I became more comfortable and confident talking with some of the city’s most prominent policymakers. I’ve had the opportunity to interview and share the stories of some of the most interesting people at City College, as well as had a firsthand experience covering campus issues where faculty have pushed for change. Though some of my personal favorite stories were those that helped affect change here in my campus community, the one event that stood out the most was covering the sudden deaths of City College employee Adolfo Corral and his wife Mary-Jane in a hit-and-run accident, and the sunset vigil staged on the west campus lawn afterward. This was a perfect example of the unique learning experience of The Channels—beyond what anybody can teach in a classroom. It’s not comfortable to walk up and talk to people who are grieving, and even less so when you are asking them about their loss and pain. But these emotions are important to capture while they are happening, and I found that giving people the opportunity to talk about their loved ones helps with the healing, and having a story that everybody can read brings people together. It was a powerful experience that helped me grow both as a student and as a journalist. 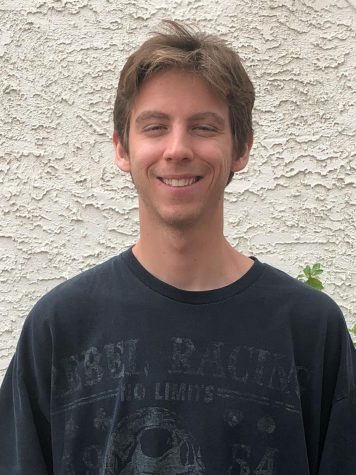 One of my favorite stories I’ve had the privilege of covering took place before the pandemic. An award-winning neuroscientist, Daniel Siegel, came to City College to give a lecture in the Business-Communication Center about his leading work in behavioral science, and I had pitched the story. I was just a staff writer and it would be my first story covering a live event for The Channels, and I was assigned to take the photo for it. I loved taking photos and I loved the topic, so I was excited. It’s really great to get to cover an event that you are interested in because you get to sit through it and then be a part of it in a way that others aren’t quite able to. I was walking all around the auditorium with my camera, taking pictures in the aisle, being a distraction. Then I got to talk to him and a bunch of students and teachers during the event. There’s something about stepping outside the role of just an attendee and playing an active role. I learned a lot that day, and that entire night while I stayed up trying to find the right words to finish the story. It was an experience. 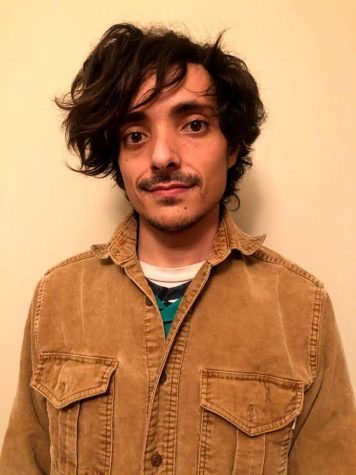 The interview started normally with me asking “…and can you spell your first and last name?”

“Sure,” he said, spelling out “that’s J-O-E P-A-R-T-Y-D-O-N-T-S-T-O-P.” I had to re-read that out loud just to confirm. “You heard me correctly,” he said, laughing in response to my bewildered look. Last fall semester, while shooting a Voices video with friends along the beach, I met one of the most free-spirited, funny, friendly and original people I’ve ever known. Me and my friends/fellow Channels staffers Cassandra Wilkins and Madeleine Sydkvist had been out all day. It was close to sunset and we were talking about calling it a day. Then Cassandra saw him. We first approached Mr. Partydontstop because he was covered in tattoos, sporting a mean farmer’s tan and emitted that ‘it’ look of someone who lives an interesting life — a perfect fit for our question “What is your favorite thing to do with friends and family?” By the end of the interview, we’d learned he was an environmental activist who, on the side, parachuted and threw music festivals for fun. My friends and I went to dinner later that night and cracked up about him the entire time. I still think about Joe and still make jokes about it to my friends and wonder what he might be up today. It’s instances like this that remind me why I love journalism. Through this work, I have the chance to meet and collaborate with new and interesting characters. 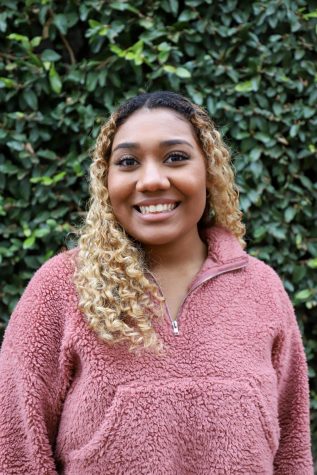 Prior to being one of the Opinion Editors, writing opinion stories was my greatest fear in journalism. I was afraid that others would disagree with my feelings and beliefs.

One day I decided to take a chance and write my very first personal column titled “Growing up mixed-race helped me embrace my own unique identity.”

Writing this story brought up challenges but it also taught me many lessons that helped me grow and learn about myself.

My goal was to share my own story with others in a way that would positively impact those who have gone through similar situations. To let them know that they are not alone and maybe along the way I could meet someone who has experienced something similar.

After it was published I quickly found out that I was not alone and there are others who have dealt with the same situation. Through my experiences, I was able to be a voice and inspire others from similar backgrounds. This is my favorite story because I was able to affect those around me and in my community. I am also grateful that from that story people felt comfortable telling me their own experiences.

While being a part of The Channels, I’ve had the opportunity to craft stories about subjects that matter to me. I was able to touch the hearts of my readers and tell the stories of those who lack representation. From doing so, I found myself and learned from the stories of others along the way. 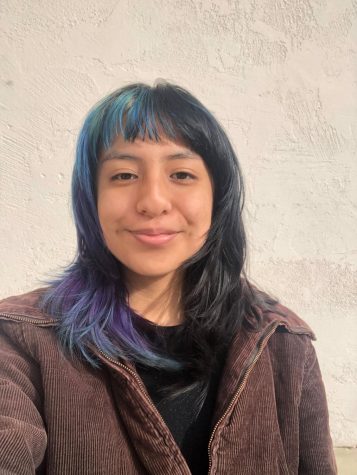 Throughout my time on The Channels, I learned that Santa Barbara is rarely anyone’s first choice for where to work or go to school or whatever they’re doing in life. But they always find something here that makes them fall in love with the city and stay. One of those stories that filled me with joy reporting on and writing was about how the Funzone, a little DIY music venue, came to be. This is something that I’ve been obsessed with since I was a teenager and in the back of my mind, I always knew that I wanted to document this story. There was always something more important or timely that prevented me from getting to it, but the moment came this semester where I felt like it would be perfect. The people I interviewed for the story, Spencer von Hershman and Josh Redman, aren’t in Santa Barbara anymore. However, because Zoom is integrated into all of our lives now, we were able to connect in a way we might not have been able to at another point in time. I’ve written a huge variety of stories while on The Channels, but what I liked about this one was that they were just normal people. Sometimes there’s a disconnect between me and the people I interview because they come from completely different worlds than I do. With this story, I felt like I was writing about my own world. Niche aspects of Santa Barbara like this are what made me fall in love with the city. Something like Funzone could have only existed here, with these specific people, at that moment in time. That’s magical to me. 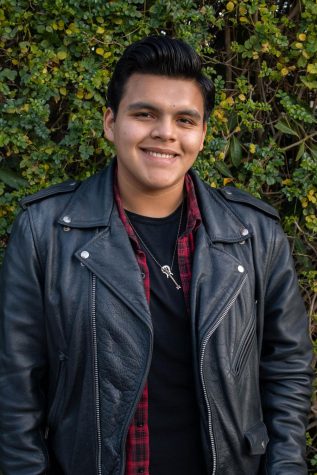 Looking back at the three semesters I’ve been on The Channels, I’ve observed the change and growth of my writing style. I was often not even aware of it advancing. Fortunately, I was able to enjoy The Channels for half a semester last spring before we went into lockdown. However, all of my favorite stories and memories have come after the pandemic. My favorite being the time Opinion Editor Cassandra Wilkins and I went to cover the San Marcos Foothills protest at 4:30 in the morning. We arrived so early because the day before when eight arrests were made, six of which were indigenous women, a bulldozer escorted by the Santa Barbara Police Department arrived at 4:50 a.m. Not only was this an important event to report on, but it was also the first opportunity for me to use my own Canon camera to take pictures for the story. They are still some of my favorite pictures that I have taken since I got the camera as a Christmas gift back in December. The light from the sun behind rising added a lot of ambiance and emotion to the resulting images, especially considering that many of those in attendance either stayed overnight or arrived early in the morning. Being able to integrate photojournalism with my reporting is something that has been one of my goals when I first joined The Channels. I’m only looking forward to continuing to practice photography and writing next semester. 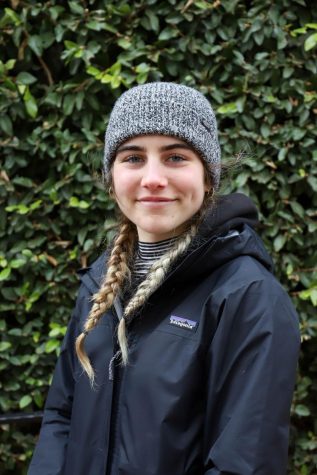 If you ask me what my favorite story that I’ve had to photograph for The Channels then a couple would pop into my head, and all for different reasons. For example, there is the first election story I was a part of my first semester as a staff photographer. That night was exhilarating, empowering and fun. It was a collaborative story between the editors at the time and a past photographer, Jesus Villafranco Perez, and me. We all went out to the parties, fought through crowds, had to work alongside other press and interviewed candidates. It was the experience of that night that puts it atop my list. Another of my favorite stories was Revolver Pizza by our Editor-in-Chief Ryan P. Cruz. I was able to see a friend for the first time in months after the lockdown and be able to do what we both love while also eating some of the best pizza. But my all-time favorite story is the story of the Jazz bands playing at SOhO. It was one of my first-ever stories and one of the first events I was able to cover before COVID-19 shut everything down. The story itself is written by one of my now dear friends and fellow editor, Rodrigo Hernandez. I remember being very nervous when I showed up at the SOhO Club. I didn’t really know what to expect or what I was doing. Our past Photo Editor Nate Stephenson had told me that I needed to sneak into the back and get partially on stage for some crowd shots. I remember sneaking around in the crowd to get many different angles, instruments, and people while also trying to get close-up shots into the rows and trombones. I remember capturing the facial expressions of the saxophone players during the solos and getting a solo shot of the guitarist concentrating on the music. I even snuck into the back to get one of my favorite shots of my two years of being a part of the SBCC journalism program. The photo of the pianist playing looks like a still from a dramatic movie about Jazz players. I’d like to end on a thank you note for everyone along the way who has been keeping up with this crew. Thank you for your support and work, it has truly meant the world. And to my fellow editors: thank you, I am proud of you and I love you.