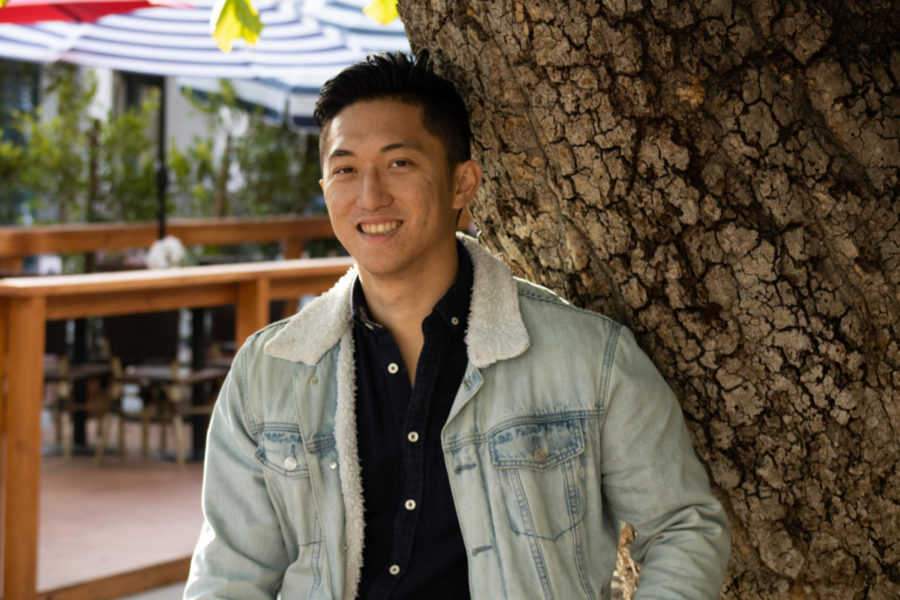 Chen initially dreamed of playing basketball professionally, but after a knee injury in high school, he soon became immersed into the world of cinema.

Today, the 22-year-old City College student’s first film “Sunshine in the Rain” is featured in the 36th Santa Barbara International Film Festival as an official selection and cover for the “Santa Barbara Live Action Shorts” program.
“Filming, to me, is a tool to help broken hearts,” Chen said.
His film tells the story of a man who confronts his trauma and grief following the death of his girlfriend when the people closest to him encourage him to find closure and move on.

Pulling from real-life experiences, Chen wrote this script based on the memory of a friend that he lost in high school and tried to write the story from the perspective of a young boyfriend unexpectedly losing his lover.

Chen was forced to deal with his own grief when his aunt, Caiyun Tseng, suddenly passed away from an illness during post-production in late December of 2020. He decided to dedicate the film to her memory.

COVID-19 brought a new set of challenges to the filmmaking process—shooting was originally planned for February 2020, and with a completely different cast, but ultimately began in June 2020 on location in Santa Barbara, Ventura and Thousand Oaks.

After recasting, Chen also became involved as a producer for the short film, along with writing and directing.

Once the film was completed, Chen undertook the formidable task of submitting his work to different festivals in the hopes of recognition, placements and acclaim.

Typically, filmmakers make the rounds on the festival circuit where their film is being featured, but due to the pandemic, most festivals have resorted to online submissions and awards.

“All film festivals are competitive—it’s an honor to get into any festival. SBIFF is quite competitive—their acceptance rate is less than 10% of all entries,” Film and Television Production Chair Curtis Bieber said.

Along with being placed into several festivals, Chen’s film was also named as a finalist for “Best Narrative Short,” “Best First Time Director” and “Best Drama” for the Los Angeles Film Awards.

“I feel very humble, lucky and grateful for everyone’s help,” Chen said. “I’m just happy people like it and I hope for more people to see it.”