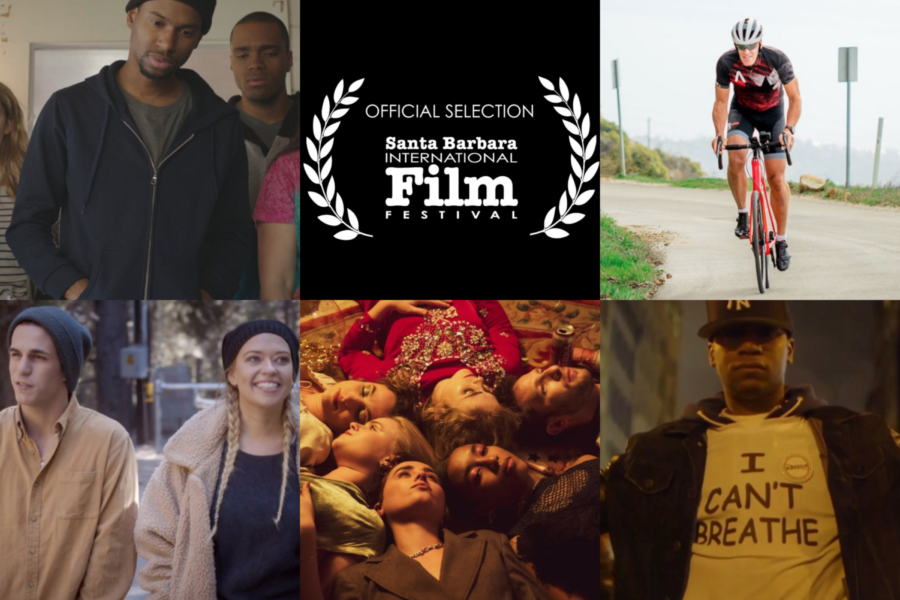 The 36th Santa Barbara International Film Festival was able to continue the tradition of showcasing some of the greatest films from around the world this year. Though the online format was different than ever before, organizers brought some of the newest and brightest filmmakers’ work to local viewers.

For the Santa Barbara Features category, the festival featured five films from local directors, writers and producers, showing both emerging talents and exceptional documentaries that made their world premieres at the festival.

Produced by the Santa Barbara-based company Light Brigade Entertainment,  “Addict Named Hal” follows a young woman unwillingly sent to a sober-living home by her mother. She meets Hal, a recently incarcerated heroin addict, and together they struggle and learn to navigate the winding road to recovery. The film was based on writer-director Lane Michael Stanley’s own experiences living in a halfway house for drug and alcohol recovery for six months and the characters she met there. The intimate, raw, emotional story is both inspirational and heartbreaking. The plotline can drag at times, but the high and low moments are enough to sustain the viewers’ attention throughout.

This documentary—both directed by and featuring Santa Barbara triathlete Neil Myers, follows his journey of recovery from a horrific cycling accident on Gibraltar Road in 2018 that nearly killed him. Of the five films featured in this category,  “Climb” is a standout for its story of the amazing journey of physical therapy and training Myers went through to compete in a triathlon in such a short time. A week after the accident Myers signed up for the 2019 Santa Barbara triathlon hoping to be healthy enough to compete and make it to the finish line. The visuals are unmistakably Santa Barbara, featuring drone shots of the beautiful mountains and trails. Myers’ ability to bring us into his world keeps viewers locked in through the inspirational ending.

Laguna Blanca graduates Niki Byrne and Austin Danson collaborated on the direction and scoring of the story of a family struggling through grief and addiction through the eyes of a promising young writing student who returns home after the death of a family member, Rachel. She helps her brother, the titular character “Evan Wood,” with his struggle through mental illness and addiction. Along the way, she finds her own path to healing and processing the pain of grief. The film adds to the theme of recovery that’s featured heavily in many of these features, and though there are few shining moments with actor Alex Sorian Brown, the story can feel flat at times. Danson’s score fits nicely with Byrne’s visuals combining for an impressive package.

Highway One, directed by Jaclyn Bethany

Taking place entirely over a New Year’s Eve party in Cambria, California, “Highway One” features an international cast of former lovers and friends as they deal with broken friendships, fading feelings and hope for the future. The film is a love letter to California, featuring some amazing scenery and surprisingly serene shots. But don’t let the beauty of the film fool you, it’s hard to get invested in the characters who, at times feel like an over-dramatic parody of millennials. There are some heartfelt moments, but ultimately the story is lost on some viewers hoping for more. The dreamy nostalgia of the party and the city of Cambria alone makes the film worth watching. It’s able to capture the “California” feel many locals grow to love.

Narrated by and starring Michelle Rodriguez, “Revolution Generation” undoubtedly has the highest production value of these five films. Ojai directors Josh Rebecca Tickel place millennials front and center and show that this generation has grown more aware of social justice online and in the real world. The documentary features some great reporting, infographics and visuals, but can at times romanticize the entire age group. While inspirational, the film seems to overlook the power of activism in generations before and after millennials. A lot of credit is given for protests organized with the help of people of all ages, races, gender and backgrounds. The film is sure to gain popularity in the future. Its high level of production value and a host of high-profile interviews deserves praise for its focus on some of the most polarizing issues facing our country.