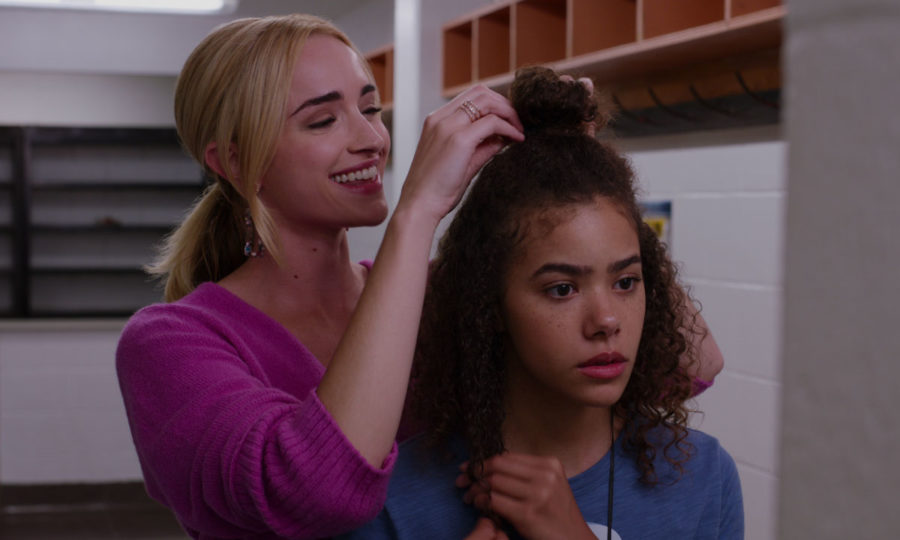 Screen grab from "Ginny and Georgia," available on Netflix

Being mixed-race in America is a unique experience full of nuance that can be difficult to portray in film and television.

The Netflix series “Ginny and Georgia” highlights the internal struggles and hardships that come with this particular experience.

Georgia, the mother, is a white woman who had her mixed African American and white daughter Ginny as a young teenager.

Ginny is a high school student, starting to become more aware of Blackness. There are instances when she is racially profiled by other students, teachers, police officers and many more.

Throughout the series there were many ways I personally related to Ginny.

In the first episode, it’s Ginny’s first day at her new, predominantly white high school. This specifically reminded me of being the only Black kid in history class when discussing slavery. Every single year we would re-learn the exact same information about the same three African Americans.
I remember my teachers—especially during this time of year—would call on me to answer all of the “black issue” questions in front of the whole class. I always felt singled out.
While at times it felt like that teacher was only teaching to me just to meet the school’s learning requirements, it was clear to me that many of my teachers never really cared about teaching these topics.

Looking back, I wish I was able to fully be proud of who I am as a mixed-race Blackxican and want to learn about the history of my African and African American ancestors. Instead, I couldn’t wait to get through the section.

friends. The hairstylist did not know how to work with Ginny’s hair type and ruined it, along with her night.

I understand that to many this might seem like not a big deal. “Just brush it out,” right? But it’s a sensitive topic to many African Americans because of the controversy, deep-rooted history and identity that comes with African hair types and hairstyles.

“During the 19th Century, slavery was abolished in much of the world, including the United States in 1865. However, many black people felt pressure to fit in with mainstream white society and adjusted their hair accordingly,” said Rumeana Jahangir in a BBC article.

Ginny’s friends thought they were “woke.” Though they didn’t have cruel intentions, they were naive to many of her differences and still have much to learn if they are truly her friends.

I really appreciate that these topics are finally being spoken about because for my whole life I have felt that I was the only one dealing with many of these internal identity struggles.

The show was almost entirely relatable to my own life, with the exception of being a criminal mastermind and a few other things that I won’t spoil.

I am hoping and looking forward to the release of season two. For now, the first season can be found on Netflix.