‘For Sama’ reminds how fortunate my life is, inspires me to do better 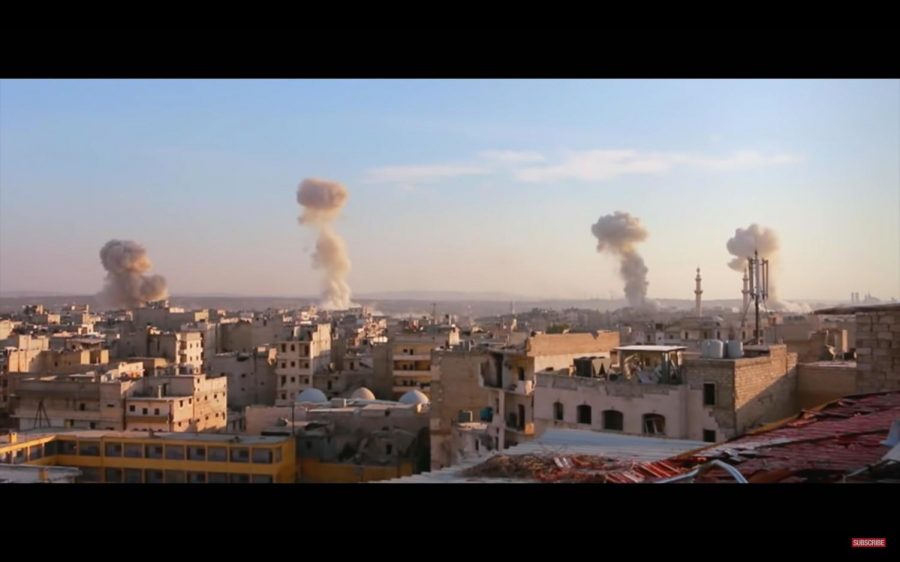 Screengrab of the documentary “For Sama” by journalist Waad Al-Kateab. The Documentary was made for Al-Kateab’s daughter Sama as an explanation as to why they stayed in Syria during the protests in 2012.

Most people don’t realize all of the things we take for granted each day. I certainly don’t.

Running water, fresh food, electricity, and education. A roof over my head that’s in one piece, along with fresh air and trees and mountains to enjoy just by walking outside.

I don’t have to worry about war-planes flying overhead or soldiers meeting me in the street.

The documentary, “For Sama,” was filmed by a young Syrian journalist who was at ground zero when the protests and uprisings began against the oppressive Syrian regime at a university in Aleppo.

From 2012 until the rebellion was mostly snuffed out by regime forces, and they were forced to leave the city in exile, Waad Al-Kateab documented the relentless bombing of Aleppo. The documentary was meant as a letter to her daughter, Sama, who was born during the siege.

The message was more of an explanation, or even an apology, for why she and her husband, Hamza, chose to stay in Syria with their daughter despite the massive risk.

“Sama, I’ve made this film for you,” Waad narrates. “I need you to understand why your father and I made the choices we did—what we were fighting for.”
I have obviously never been in such a conflict, but I felt like I was there in the city with this family.
I stumbled upon this documentary as an extra-credit opportunity in an international relations class last semester. It was very graphic and hard to watch, but also beautiful and emotional.

I don’t see it as an excuse for people like me to feel bad for not living in a warzone, but as a sort of inspiration, a reminder of the people fighting for good amid the impossible.

When I was 12 years old I was in middle school learning about magnesium, or how to plant a radish or something. I don’t think I could’ve imagined that there were boys younger than me amid the rubble and broken buildings, having lost their entire families.

Even as I start to pay more attention to the news, the reality of these peoples’ experiences can be far removed from the numbers we see in headlines.

“For Sama” painfully reveals the contrast between real people trying to have a normal life, playing in the snow, buying a house and having a child, and the horrors of war and oppression.

Waad’s husband Hamza was a doctor in Aleppo running one of the only hospitals that hadn’t been destroyed by the regime. Even his facility was eventually targeted.

In an instant, hundreds of wounded civilians could come flooding through the doors coated in dust and pierced by shrapnel.

It’s been nine years since the Syrian Civil War began, and reports claim that approximately 380,000 have died. Other sources estimate numbers closer to 500,000 and more.

But the war hasn’t ended, and U.S. involvement still makes headlines to this day.

Although the documentary was a reminder of how bad things can be and still are, the story of Sama is hope that the following generations may enjoy fresh air and clear skies around the world.