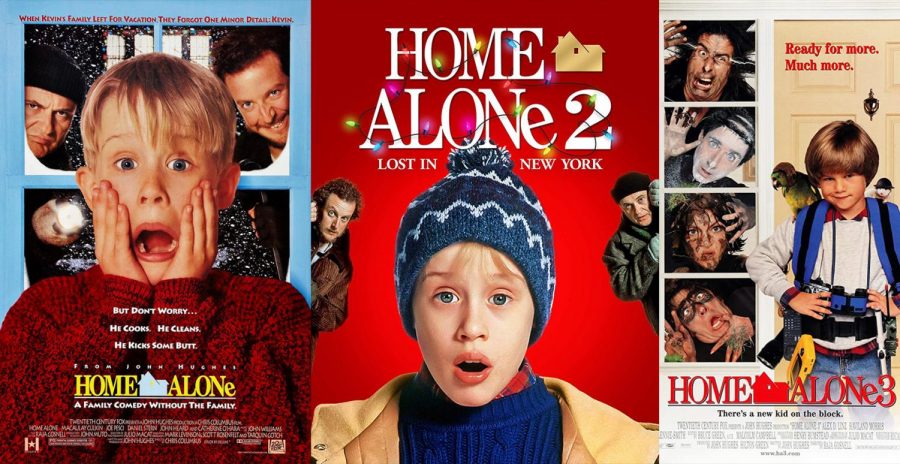 It’s getting cold outside, which means it’s the perfect time to throw on some fuzzy socks, heat up some hot chocolate (with extra marshmallows on top of course) by the fire and watch a cozy holiday movie.

There is nothing like the good ol’ 1990s classic “Home Alone” series. This is a five-part comedic film series.

The first two of the five films are based on an eight-year-old little boy named Kevin McCallister and how his family accidentally leaves him at home while they go on a Christmas vacation.

In the first film, viewers are introduced to the McCallister family.

With so much going on in the lives of the McCallisters, a family of 15, it’s no wonder that they somehow keep losing track of son and brother Kevin.

After causing a scene with one of his siblings during dinner, Kevin gets sent to bed with no dinner. Because Kevin is mad with his family, he makes a Christmas wish for them all to disappear.

The next morning the family wakes up frantically to avoid missing their flight. They quickly leave for the airport and don’t realize that they forgot Kevin until they are on a flight for Paris.

When Kevin wakes up in the morning from his timeout he goes around the home in search of his family, initially thinking he made his family disappear because of his wish.

Kevin precedes to spend the day eating junk food and fooling around all alone. During his time alone Kevin finds himself having to scare off burglars attempting to break into his family’s home. Kevin puts the burglars through a series of rigorous traps and obstacles to keep them from breaking into the family’s suburban estate.

“This is my house, I have to defend it,” Kevin famously says in the movie.

“Home Alone” is the perfectly hilarious, binge-worthy, PG-rated film to watch with your friends and family. It can be enjoyed by the youngest all the way to the wisest.

You can spread the film series over a course of five days, or even a couple of weeks. However, I prefer to curl up on the couch and watch each, back to back, from midnight to the crack of dawn.

Don’t forget a freshly-popped bag of buttery movie-theater popcorn, this is key.

Right now the first three of the five-part series can be found on Disney Plus and Hulu.

With so much going on in the world right now I think it’s the perfect time to take a moment to escape from reality for just a moment and enjoy a light-hearted classic-holiday movie.

The “Home Alone” series is sure to be a fun time for everyone.