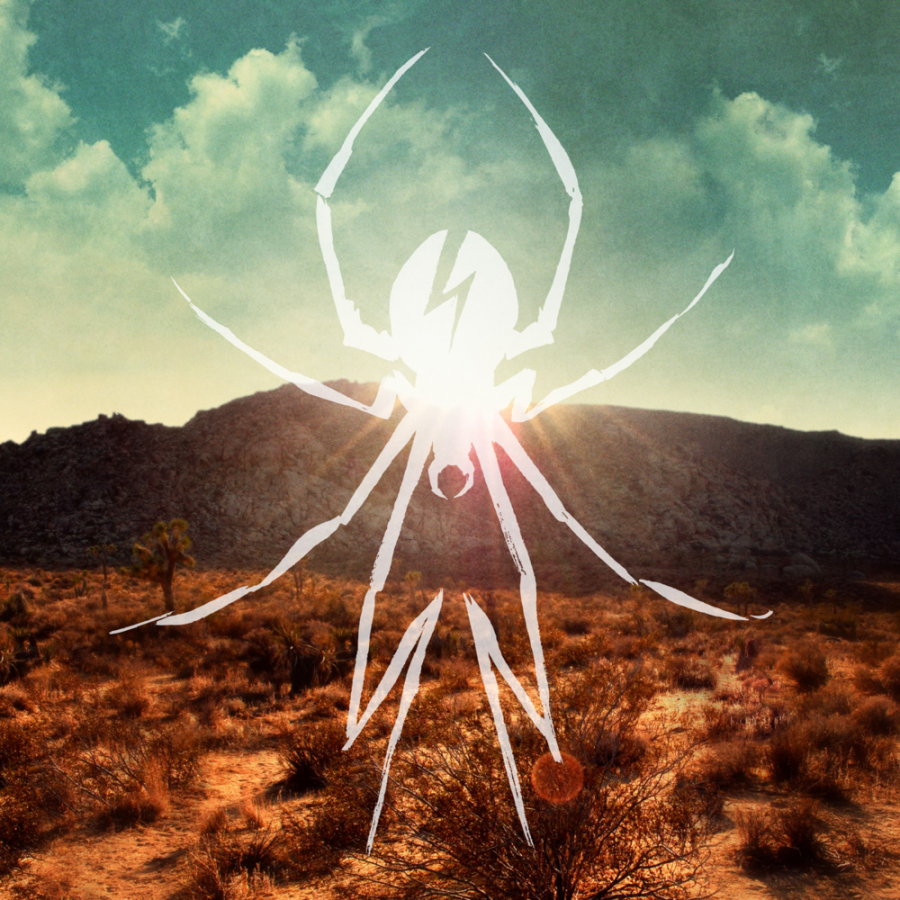 "Danger Days: The True Lives of the Fabulous Kill Joys," released by My Chemical Romance on November 22, 2010.

Imagine it’s 2019 and the helium wars have ravaged Los Angeles.

But the Fabulous Killjoys are here to disrupt the system.

Ten years ago, in November 2010, the band My Chemical Romance dropped their album “Danger Days: The True Lives of the Fabulous Killjoys,” and subsequently exploded the definition of what the genre of punk-rock could mean.

It was amazing 10 years ago, and it’s still amazing now.

The concept of the album is based on the epic novels written by the band’s frontman and driving creative force, Gerard Way.

It tells the story of the band’s lawless street-gang alter-egos, the Killjoys, and how they are hired to defeat the evil “Better Living” corporation and take down its mysterious leader.

Like bassist Mikey Way said, the album itself isn’t supposed to be taken too literally. It’s more of an exercise to have fun.

The band intentionally approached “Danger Days” as a way to create something new.

“We found that not having a concept in the songs kind of liberated things,” Way said in an interview. “The lyrics were so much more direct… It was more like grabbing the listener by the collar.”

The band is known for a more sophisticated, multi-layered approach when it comes to making records, and gained international fame with the punk-opera, concept album “Welcome To The Black Parade.” Danger days was a completely new direction for My Chemical Romance.

The song “Na Na Na” is the perfect example of the band’s new direction and stripped-down, more rock-and-roll centered sound.

There is still plenty of their signature mid-2000’s crunchy guitar, with complex, Morrissey-like song structures that are mixed with a punching insanity that is reminiscent of the Misfits.

However, as the first track to the album, “Na Na Na” screams out the highly original, bombastic and insane sound.

“Na Na Na” itself calls back to classic doo-wop rock-and-roll rhythm and melodic structures. And with the use of custom-made guitar effects and experimental synthesizer orchestrations, this fast-paced, heart-racing crowd favorite is an uproarious call to anarchy.

The song’s music video shows the bands alter ego’s, the Fabulous Killjoys, riding around the lawless outer zones of Battery City in their blown-out ‘79 Pontiac.

But they didn’t just evolve into a loud, energetic band of post-apocalyptic outlaw bandits. Their fourth album also shows the band’s ability to show their more quiet and personal side.

The song “Bulletproof Heart” is beautifully soft and tender, while unmistakenly still being a rock tune. The sparkle, laid-back melodies set over a simple, repetitive beat is something a listener can get lost in without having to put in too much effort. The zany, rebellious attitude of the Killjoys is palpable and infectious.

As stated, the album itself isn’t supposed to be taken too literally. It’s more of an excuse to break loose and have some good-old, hell-raising fun with the Killjoys.