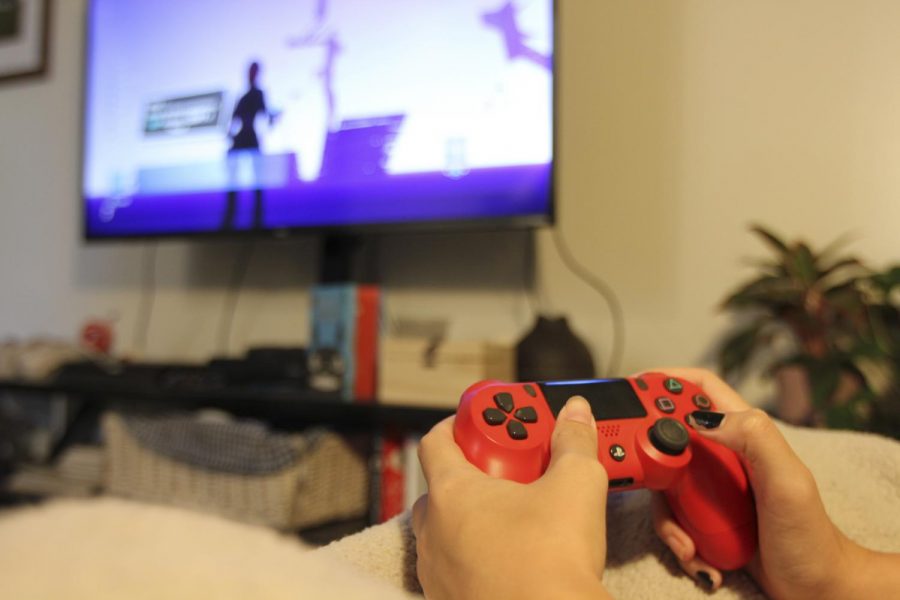 With so many people spending the bulk of their time at home during the pandemic, the video game industry has boomed and many new gaming communities have popped up across the nation.

This wave of gaming popularity sparked the return of City College’s Video Game Club, which has seen hundreds of new members flood in with so many students at home attending online classes.

“We decided this semester would be a perfect time with everybody being online and disconnected,” said club President Tanja Jefferson. “The club server has been up for a few weeks now, and we have about 150 people now.”

The club aims to bring together students with a shared interest in video games and gaming culture. Members do everything from gaming parties to live-streaming on popular platforms like Twitch, and even modifying or creating their own games.

Though it doesn’t meet in the traditional sense, the club helps connect like-minded students through the social media platform Discord. There are no scheduled weekly meeting times, rather members find channels through the club’s Discord that they’re interested in and connect with other members that way.

Amongst the more popular games played by club members are “Among Us,” “Rainbow Six Siege,” “Minecraft,” “The Elder Scrolls Online, ” “Fortnite” and “Stellaris.” There is an additional “tabletop simulator” section where the board and card games such as “Monopoly,” “Catan,” “Uno” and “Cards Against Humanity” are played in an online format.

Members are encouraged to explore and create their own channels on Discord based on their favorite games to get other members involved. According to club Vice President Rafael Carrillo, the goal of the video game club being so open-ended is for members to be able to connect with new people based on shared interests.

“We’re here to build a community, we’re not here to play a specific game,” said Carrillo. “Our biggest worry was that people were distant and into their own things since we’re not on campus.”

The club has also made it a focal point to ensure a respectful and welcoming environment for all participants, and since voice interactions are so critical to online gaming, Jefferson and Carrillo wanted to have rules in place to maintain that peace. New members are required to sign an agreement with the group’s rules, before being able to sign up for roles that reflect their interests.

“It was really exciting to see when the club started getting popular that there hasn’t been a single instance of [members] being rude, judgmental, or intolerant,” Jefferson said.

The club also plans to launch a “Gamer Girl Initiative.” This new weekly hangout aims to bring the members together in a women-only environment to help members connect over video games and other shared interests.

The club also plans on getting in the action with the immensely popular game “Among Us,” with plans to host a tournament in November. It may not draw the record-setting Twitch viewership that Representatives Alexandria Ocasio-Cortez and Ilhan Omar had, but it will be an opportunity for City College gamers to discover the “impostors” amongst friends.