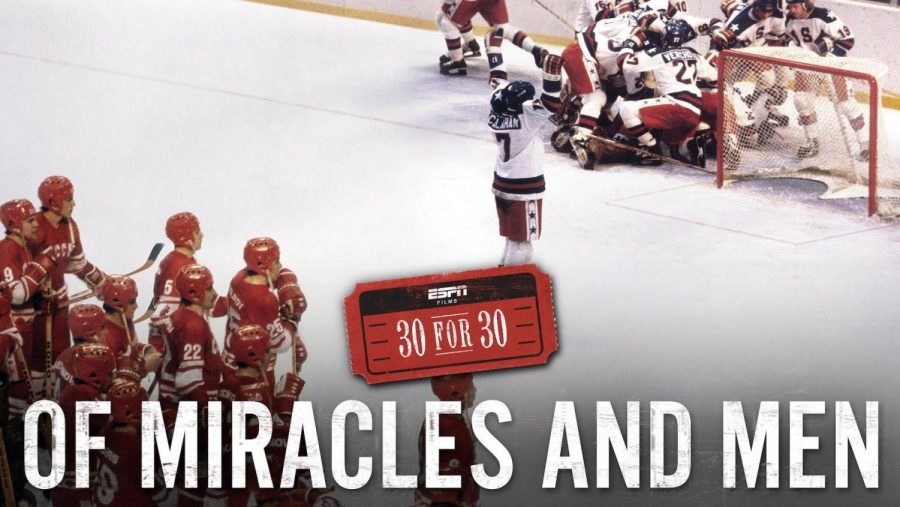 An established power is rarely sympathetic, but some of the most interesting stories come from their rise and fall.

Such is the case in “Of Miracles and Men,” part of ESPN’s “30 for 30” series, which details the 1980 Olympic hockey upset of the Soviet Union by the United States. The documentary tells the story from the Soviet point of view, while also providing historical, social and political context.

The U.S.S.R. hockey program was known as the Red Army, in part due to their players serving as members of the military on required 25-year contracts. The nickname also reflects their dominance of international hockey from 1954 to 1991, winning 20 World Championships and seven gold medals.

It’s a rare presentation of the actual people who were feared the world over for their skill in sport. To hear from them is on par with hearing from the seats of hockey’s Mount Olympus.

The majority of the interviews are subtitled, giving an added raw feeling to hear the many legends telling their tale in their mother tongue. This presentation choice allows for deeper exploration of Soviet social and political background, which is something not often presented so forthrightly in American media.

It opens with the beginnings of the Soviet hockey program, showing how changes in coaching echoed U.S.S.R. cultural shifts from romantic idealism to hardened cynicism.

The first Soviet coach, Anatoli Tarasov, found stylistic inspiration from ballet, developing and encouraging free flowing and open-hearted play by his teams. After losing a World Championship tournament once, Tarasov was replaced by Viktor Tikhonov.

That captain was Viacheslav Fetisov, who played for both coaches. The documentary details his first return trip to Lake Placid, where his memories and recollections provide a window into the psyche of the seemingly indomitable team that lost to the Americans.

The third section details Fetisov’s efforts to be released from his military contract by the Soviet government so he could become one of the first Soviet players in the NHL. It’s illustrative of the struggles faced by the people and leadership to open and reform the U.S.S.R. under Glasnost in the late 80’s.

Anyone curious about Russia or its Soviet forerunner will find unique insights from this examination of their most prized sports program.

”Of Miracles and Men” can be streamed on ESPN+, and streamed or purchased (Episode 29) from Amazon,

The depth that “Of Miracles and Men” adds to the lore of the dominant Soviet ‘Red Machine’ enhances a seminal American sports moment, while also giving a rare peek behind the Iron Curtain from their most revered athletes.